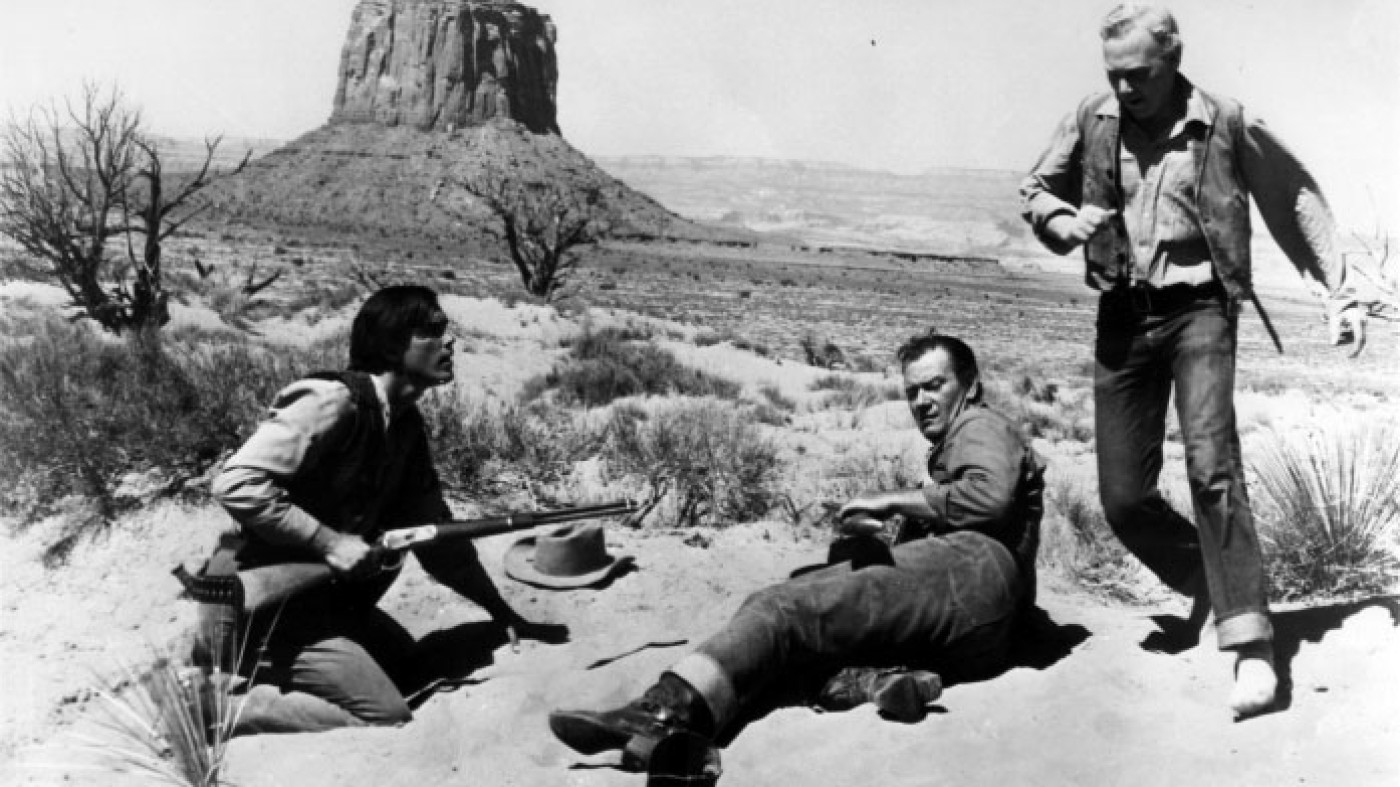 Given we’re in the midst of the arid heat of summer, the crew here have decided that August is Westerns Month here at Lewton Bus!

For the next 31 days, Lewton Bus will examine the myth, legend, and influence of Westerns. Full of gunslingers, damsels, lawmen, and scoundrels, the Westerns genre has helped to define American masculinity during decades of great uncertainty (the Great Depression, war, and the burgeoning hippie movement, to name a few).

The genre is more than its iconography, though. In the hands of modern filmmakers like Taylor Sheridan, the modern Western turns an eye inward to depict complex men who may still have a glint of menace in their eye but certainly have more going on under the surface. Chloe Zhao’s most recent movie, The Rider, examines the ways masculinity dismantles men and how empathy proves to be the solution. Works like Godless and The Keeping Room are proving that women deserve a larger role in Westerns and have their own stories to tell.

Throughout the month, we’ll be publishing a series of guides to the genre from Brannon Moore. These Westerns 101 posts will be a trail to help you familiarize yourself with the genre or get a refresher. We’ll also examine the role of women and feminism in the Western genre, and the influence Westerns had on international cinema represented by the works of Sergio Leone and Kurosawa.

As you read our primers and explore the ways Westerns have influenced Americana and Hollywood, let us know which Westerns are your favorites in the comments below!

VENOM Gets a Turd... I Mean Third Trailer Previous
Westerns 101 — Introduction Next