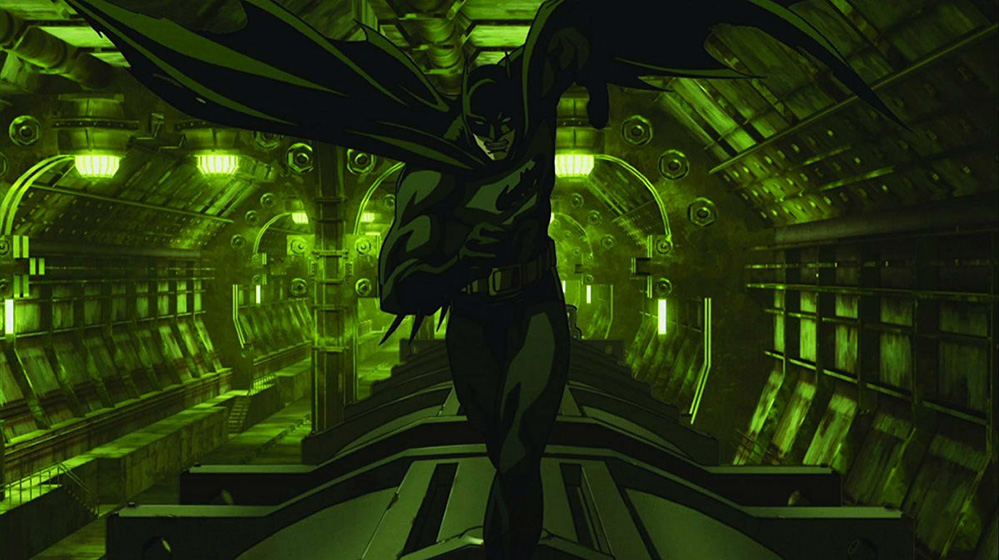 One of the elements that makes Batman so enduring within pop culture is the diversity of angles you can use to follow his adventures. From master strategist, detective, ninja to a strange creature of the night, the possibilities are endless. Batman adapts to many genres and tones in a way that other superheroes don’t.

Even though Christopher Nolan’s take on Batman consists specifically on the theatrically-released Dark Knight trilogy, the animated direct-to-home-formats anthology Batman: Gotham Knight serves as a compelling complement to experiment with ideas that wouldn’t quite fit into Nolan’s semi-realistic vision.

The film consists in a series of short stories that take place between Batman Begins and The Dark Knight, showing us how Gotham is getting used to this new status quo of a vigilante dressed like a bat fight fighting against the criminal underworld, whose modus operandi gets more sophisticated with each night.

Each short highlights a specific aspect of Batman using a distinct anime style to differentiate itself from the others visually, as well as play with how the world’s greatest detective is perceived. All of them count with Kevin Conroy’s iconic voice performance as Batman.

Batman: Gotham Knight knows that some of the best Batman stories are the ones that not only follow the central superhero, but take time to observe things from the eyes of the people living in Gotham City. Because it only makes sense that a figure with such a complicated existence causes diverse reactions. For instance, Have I Got a Story for You, is about a group of kids exchanging their encounters with Batman. Naturally, they’re full of the childlike wonder and imagination that bursts when encountering the unknown and dangerous. In contrast, Crossfire is about the police still trying to figure out how to deal with Batman. We know James Gordon trusts him after the two developed a bond in Batman Begins; but as far as other cops are concerned, he’s a mystery to be solved.

If there’s a unifying theme in the film, it’s Batman earning a place as an urban legend and as an essential aspect of Gotham’s landscape. When he’s seen by others, he’s an unstoppable force of nature and fear. Almost beyond human in how he moves, talks and reacts. However, when the movie zeroes in on the Dark Knight himself, it reminds us that he’s, at the end of the day, a man going through a tremendous amount of suffering, pain and anxiety. Regardless of the money, gadgets and ninja skills he has, he can get easily hurt. Not to mention that he still struggles with how to manage his fears and rage. He understands where criminals come from, and that they have more things in common than he’d like to admit. The idea of having power over another person’s life, as well as using violence as a means to an end.

One of the most fun parts of the film is delving into the full-on-horror corner of Batman’s mythos. Instead of the business-suit-wearing Scarecrow played by Cillian Murphy, we get a version a bit closer to the comics, in full costume and wielding a big scythe. There’s also an appearance by Killer Croc in all his giant predatory glory. The eerie paranoia-inducing atmosphere from Batman Begins is heightened to a point where Gotham feels like a giant haunted mansion, especially in the scenes in the sewers and Arkham Asylum, where despair is the norm.

Adapting Batman into anime was a risky bold choice. Fortunately, it paid off with an impressive aesthetic that helps to amp up the intensity to the nth degree. The punches and gunshots hit hard and their gravity is felt thanks to how highlighted they are. The art style is clever in how it contrasts black to other colors to generate tension. It also helps to accentuate Batman as a symbol to be feared by criminals, but respected by the innocent. The same effect applies to the villains, who are given grand twisted facial expressions to make the viewers feel uneasy.

In the span of 76 minutes, Batman: Gotham Knight takes full advantage of its medium to explore the many reasons why Batman is such an endlessly rich character in an out-of-the-box fashion. Even if it is low-key part of the cinematic universe Christopher Nolan created, it stands on its own as an eclectic series of chapters about a Batman still consummating his place in a chaotic land full of uncertainty.