The Curious Datedness of GHOST IN THE SHELL 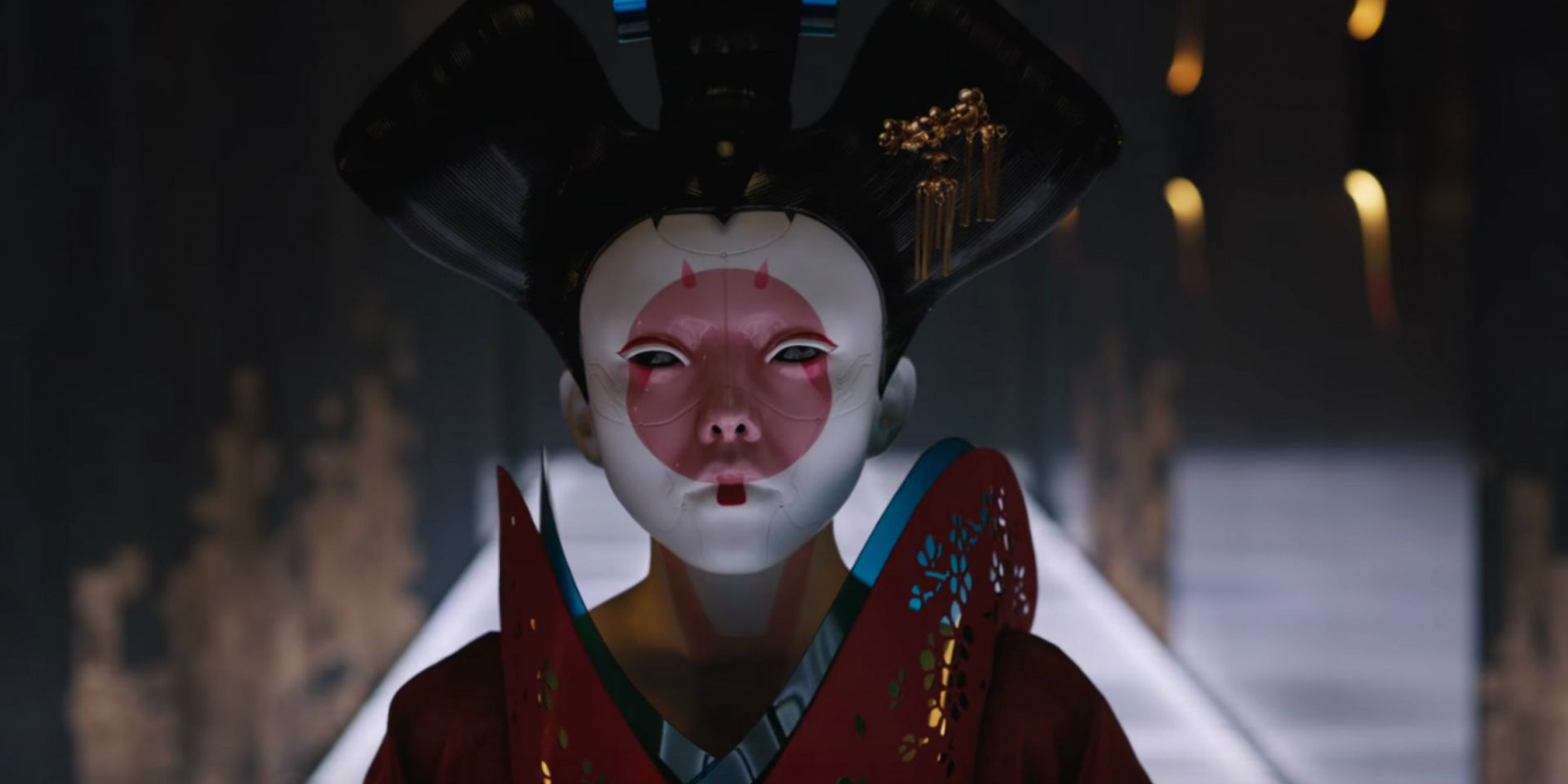 I was browsing my Twitter feed yesterday when a bland photo of Scarlett Johansson caught my eye. She was on the cover of Total film, clad in leather in that ¾ from behind T&A pose so beloved by hack comic book artists, but what struck me was under the logo for her upcoming Ghost in the Shell remake, where large, attention grabbing letters read “The next-gen Matrix”. It seemed weirdly appropriate however, as while watching the movie’s trailer with its legions of cyborgs, neon-lit dystopian cityscapes and heavy Japanese influences, it couldn’t help but feel about thirty years old.

A major tenet of science fiction is examining the relationship between technology and society, and doing so by exaggerating the element of the world you wish to criticise for the purposes of demonstration. 1984 dragged post-war totalitarianism to its logical endpoint, They Live created a world literally ruled by advertising and Ex Machina depicts a techbro retreating from the world to build himself a waifu.

Ghost in the Shell in all its versions is a cyberpunk story, a genre originating in the decade it was written. The 80s were when computers tangibly entered most people’s lives for the first time. After becoming ubiquitous in business, PCs appeared in people’s homes, videogames became a cultural force, and computer networks became accessible at universities and corporations. Also, and strangely crucially, simple computers became ever-present in home appliances and accessories like toasters, TVs and watches. The resulting feeling of intrusion into people’s lives was felt at all levels of society, and can still be seen today when older people complain about how unnecessary it is to have a computer in your washing machine.

Cyberpunk reflected this by having computers literally intrude into people’s bodies. Ghost in the Shell’s cast casually plug their brains into them as part of their job, and replace parts or even their whole bodies with machinery. They have become literally inseparable from technology, and the film ends with its hero fusing her mind with an AI to become an entirely new lifeform.

The genre also heavily reflected the 80s political scene. While Reagan and Thatcher were dismantling financial regulations and welcoming banks and corporate raiders into politics, films like Aliens and Robocop envisioned futures in which these corporations expanded to running entire cities. Cyberpunk took this even further. These banks and corporations were some of the earliest adopters of large-scale computer networks, letting them make huge financial transactions out of sight of the rest of the world, and this hidden world of money and power is what inspired the idea of cyberspace.

In his novel Neuromancer William Gibson envisioned this as a hidden reality under corporate control, in which there were no laws and corporations not only ran the world from behind the scenes, but could kill anyone who tried to intrude into their space by frying their brain. And reflecting the widespread political apathy towards growing corporate power few characters in cyberpunk stories ever question this. Corporate control of the world is seen as natural and the idea that a better world might be possible is forgotten.

There’s also a very heavy Japanese influence to cyberpunk. The 80s were the culmination of the three-decade postwar Japanese ‘economic miracle’, and between their seemingly inevitable economic takeover of the world and the huge growth of the Japanese electronics industry during this time science fiction imagined worlds in which it never ended. This probably accounts for part of cyberpunk’s popularity in Japan, but it also has the strange effect of making an American remake of a film like Ghost in the Shell feel dated merely by its setting.

Cyberpunk’s aesthetic was also very deliberately attention grabbing. Technology was seen as desirable in and of itself at the time and so was designed to emphasise its artificiality, with huge, boxy computers and cars, and cyberpunk took this to the limit. Its worlds were very ostentatious, with huge, glowing corporate logos looming over city streets and bulky computer implants jutting from people’s heads. Blade Runner even eschewed natural light entirely in favour of bathing everything in neon, as though the sun itself had been replaced by technology.

But none of this reflects how technology is seen today. We now have many of the technological advances cyberpunk stories indulged in and many they never even dreamed of (ubiquitous wireless communication, for instance), but none of them resemble the way they were imagined. Computers are now omnipresent, but are navigated by swiping on a phone instead of huge, unwieldy cables plugged into the cerebrum. Computer networks have also lost the mysterious, ethereal quality they had before the internet became commonplace, so the idea of cyberspace as a physical space feels hopelessly quaint. And most importantly we have not fused ourselves with machines.

The modern attitude towards technology can best be seen in how cyberpunk has been supplanted by what is often termed ‘post-cyberpunk’. Stories like Black Mirror and Ex Machina critique technology’s influence on society, but their approach is very subdued in comparison. As technology is no longer considered desirable in itself, post-cyberpunk worlds try to look naturalistic, keeping their technology as minimalist as possible to conceal the silicon heart beating beneath. Nathan in Ex Machina lives in a high-tech steel and glass house, but it’s hidden in the middle of a forest.

Remaking Ghost in the Shell in 2017 is ultimately a lost cause because the world has moved past it. Not only has society changed to the point where the movie is no longer a recognizable facsimile of it, but modern sci-fi was built on its foundation. Everything from Inception to District 9 to Children of Men contains its DNA, so going back at this point just feels retrograde, like adapting Watchmen in 2009. And ironically its most popular offspring is the one it wants to compare itself to. The Wachowskis borrowed so much of the film’s visual style that audiences who’ve never seen Ghost in the Shell have been watching it for over a decade. Ghost in the Shell can’t be the next-gen Matrix, because The Matrix was the next-gen Ghost in the Shell.

After the Deluge: Cyberpunk in the ’80s and ’90s by Tom Maddox