Does It Look Like It’s Our First Time? MOONRAKER

What if Seth MacFarlane made a Bond film? 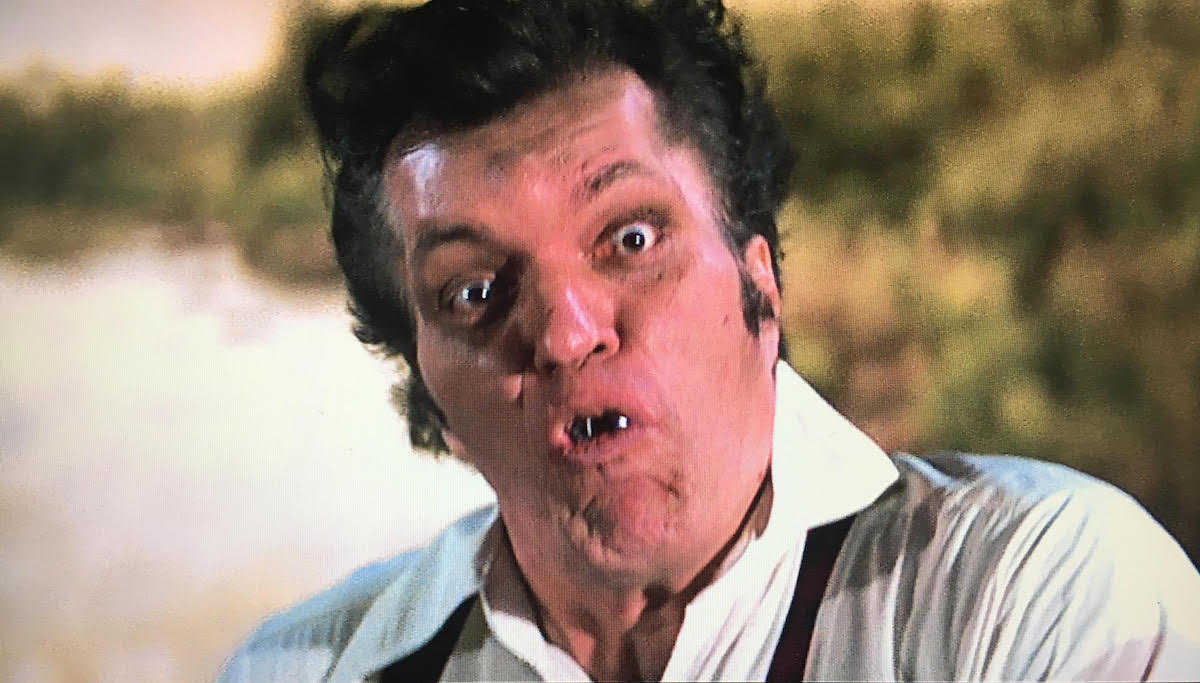 Welcome to another edition of Does It Look Like It’s Our First Time? This week, I’ve locked Allen and CJ underneath a shuttle exhaust so that I can take some time to talk to you about Moonraker. This ain’t gonna be pretty.

Roger Moore has passed away. We’re all caught in differing stages of reflection regarding his life and career. After my dewey affection for Moore was recently cemented with The Spy Who Loved Me, I wanted to test the limits of my ardor against his very next (poorly regarded) film. The Bond franchise had established a pattern of lackluster fourth films to those actors who make it that far. These are films that range from oddly flat to entirely execrable in the estimation of fans and critics. Thunderball may be a classic, but it moves like dried molasses. Die Another Day is rightly considered the worst film in the franchise. Spectre is an underwritten snooze that nearly undermines the ambition of Daniel Craig’s entire run at the franchise.

Moonraker sadly fits the tradition. At times it feels like it can hardly muster the energy to exist. From the very beginning, we’re treated to an off-puttingly odd music queue on the gun barrel sequence letting us know that something just isn’t quite right this time out. For fans at the time, I can imagine enormous excitement in the run-up to this film. Moore’s previous effort, while reminiscent of You Only Live Twice, was a smash. He was clearly established as the new Bond, and the formula appeared to be working again. I can also imagine the slow deflation as they watched the exact same movie play out again, but in a way that mixes in the worst elements of Thunderball’s awful pacing for good measure. Mercifully, it doesn’t  start with a bigger space shuttle eating a smaller one, but It does manage to undercut the things that worked about the rehash last time out with constant, neverending buttons and gags. When people think of the profligate camp of the Moore era, they’re talking about this movie. It’s all gags and one-offs.

I’m going to recap the plot of Moonraker in the least tedious fashion I can think of: It’s the exact plot of The Spy Who Loved Me. Done.

Joking aside, It’s the same plot, but in space, rather than underwater, and with the sleepiest Bond villain of all time. Hugo Drax is a sleepy man, sleepily attempting a french accent while planning to shoot sleepy shuttles into space so everyone can meet on his space station for a nap. Oh, and he’s going to put everyone left on earth to sleep. For good. Star Wars was big, and Bond always does what’s hot when it’s not remaking it’s own entries. This time, we got both. It’s a Roger Moore Bond, so we’re also treated to not just one, but two boat chases. One of those is great, even if it steals the tune from the better boat chase in From Russia With Love and makes it terrible. If I’m beating up on this film a little it’s because rather than being crazy and off the wall and full of bombast, this film is just plodding through fantastical elements without any sense of awe or fun. It serves nothing. This film falls into the Spectre trap of having some genuinely great photography in service of languid, inert plotting and storytelling. There are some good gags and sequences, but the comedic beats are cloying and banal. I call the first boat chase the banal canal chase. It’s full of pigeon double takes, waiters pouring drinks on people, cuts to a dog reacting, hitmen falling out of boats, and I can’t believe I’m writing this, but it makes you miss the subtlety of J.W. Pepper. When everything is a gag, nothing is. The problem isn’t that the film is lazy, it’s that it can’t settle the hell down. This Seth MacFarlane style of firing gags out of a machine gun (I call it the Gag-ling Gun. I’m sorry) into the corpse of the plot doesn’t build energy. It drains it. Things seem perfunctory. Moore seems as tired as his one-liners. Jaws goes from the quasi-slasher villain in The Spy Who Loved Me to a hammy goofball. Drax is actually asleep.

Moore seems stymied and disinterested throughout, but his charm usually carries him along. He’s just working with a film that is not up to the task. For example: A shot where a dropped nerve gas module kills scientists is topped with a button where rats react to it. This makes no sense from a storytelling perspective. A better film would have put the rats’ reaction first. Then had the scientists react in horror. The fight with Drax’ henchman in the glass shop has some good staging, but can’t resist a Looney Toons sight gag and a stupid Casablanca reference. The title tune is a lesser classic, featuring the inimitable Shirley Bassey. Bassey tries ably but this song is nonsense, and it starts over a silhouette of Jaws’ crotch. The movie as a whole functions much like the wrist-shooter gadget Q gives to Bond. You can’t quite tell where the switches are for the different darts, and it doesn’t altogether make a ton of sense from a logical standpoint. It kind of starts to come together for me once they get to space, but really it’s just down to the excellent score. This would all actually work if it weren’t for all the nonsense. If this film exercised even a fraction more restraint it would improve greatly.

To make the comparison to this film’s predecessor explicit, Drax’ speech about why he’s doing what he’s doing accomplishes the opposite of what is intended. Instead of making the film cohere and work, it illustrates why THe Spy Who Loved Me already did this better. Stromberg didn’t bother with this stuff but he was more credible within the confines of the film. Drax is just a sleepy baby pushing this pram of a plot along with no regard for what’s come before or what’s to follow. A scene where he lets dogs rip apart his former ingenue may be the first time this movie shows any nerve. And, shot like a horror film, it’s jarringly out of step with the rest of the film. There are some great set pieces and fights, but they devolve every single time into buttons and cutesy jokes. The second boat chase features an awesome climax where Bond hang-glides out of his boat before it goes over a waterfall, but is immediately followed by the image at the top, as Jaws mugs at us. I’m not asking for these films to be “serious” or “dark”. All I’m asking is for tone to actually matter. For the films to find their verve and run with it. People that complain about the previous film stealing bits miss the point: it works when done right and in service to something better. It’s a given that everything is an excuse for a set piece in a Bond film. The worst ones make this apparent though. Even when the seams are showing there should be an internal drive and kineticism. This film utterly lacks it.

People try to throw the problems of these films at the star or the era, but the biggest problem is that EON constantly overreact to what’s going on around them (Star Wars) and to the series itself. Moore is a damn good Bond, who is in some of the series’ hands-down best films. It’s a shame then that he just can’t escape the curse of this teams inability to consistently modulate. Like a joke your friend tells over and over, driving it into the ground, this one lands with a thud. Moonraker launches and crashes into a mountain to the sound of Jaws’ clanging balls, and an execrable disco rendition of Bassey’s title theme. If there’s a key takeaway, it’s that space makes you slow. As if this movie needed an excuse to pump the brakes. This movie is only about two flat hours, and I felt every single second of them. It’s the epitome of a passive watch. Do your laundry or something.