“Does it Look Like it’s Our First Time?” Revisiting OCTOPUSSY 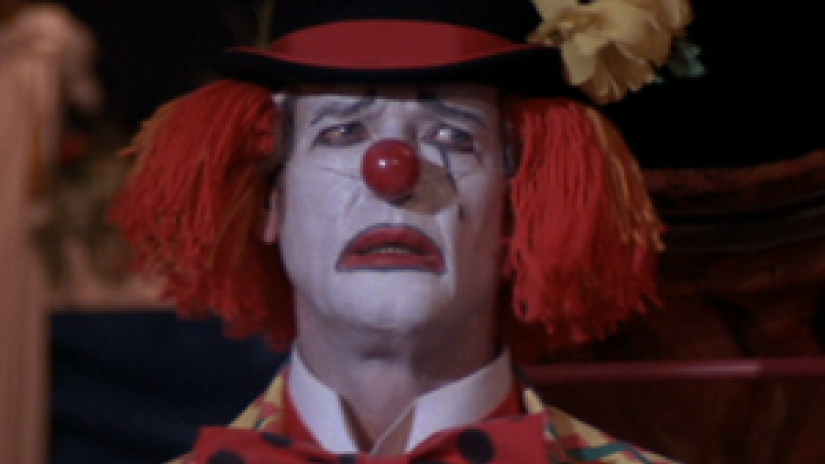 Well folks it’s time for another exciting edition of “Does it Look Like it’s Our First Time?”. Our other agents have been hard at work over the last few weeks while I’ve been away, but I’ve returned from deep cover to present you with our latest piece, in which I take on the unfortunately titled, Octopussy.

Intro/Cold Open: The cold open to this particular entry is fairly action packed, if just a bit unclear. We find Bond on some sort of mission to blow up some thing or another in Cuba. On this mission Bond is captured but with the help of his unnamed femme fatale associate he escapes allowing himself to take off in a remarkably compact plane and wreak havoc on the Cuban base. All in all it’s fairly standard Moore era stuff but the bit with the plane is fairly dynamic.

Music: Gone is the overreliance on disco from the previous entry. Instead we are treated to what amounts to a fairly standard Bond theme and score. “All Time High” as performed by Rita Coolidge is about as bog standard of a Bond theme as you can get. Not especially good, not especially bad, it just kind of exists. The score, provided as usual by John Barry maintains the same usual baseline of quality that one can tend to expect from these films. It isn’t going to show up on any “Best Film Scores of All Time” lists, but it does its job and manage to reincorporate the theme song in fun ways.

Main Plot: Octopussy features a classically over-complicated James Bond plot, in which Bond goes to Germany after Agent 009 is killed while undercover in a circus. He is found to be carrying a fake Fabergé egg. Because it’s the 80’s everybody automatically just assumes the Russians are involved (though to be fair if current events have taught us anything it’s probably that we should always assume the Russians are involved).  Bond is then sent on a mission where he uncovers a jewelry smuggling ring lead by a partnership between an exiled Afghan Prince and Octopussy, a British ex-pat who has an entire island of trained female operatives. This all in fact does trace back to a Russian, but only one, who has a bizarrely nonsensical plan to win the Cold War by setting off a stolen nuke in the middle of an American military base in Germany, which would obviously cause all of Europe to disarm and then the Soviet Union wins. As I said, classically over-complicated.

Villain/Henchmen: This is a bit of a weird one in that while the Soviet General Orlov is technically the one with the plan, the aforementioned exiled Afghan Prince Kamal Khan is really the main villain. Khan seems to be doing the vast majority of the coordinating of the jewelry smuggling and is also more than happy to do Orlov’s dirty work. His partnership with Octopussy turns out to be nothing more than one of convenience as he quickly turns on her once she gets in his way and attempts to make her one of the causalities of the nuke. While stylish and a decently fun opposite number to Bond, he doesn’t really do anything that really causes him to stand out among the all-time Bond villains. He has a wide variety of henchmen including knife throwing circus twins Mischka and Grischka, who are comically ever present, and Gobinda the hulking Indian who follows him everywhere he goes.

Bond Girl: The main Bond Girl in the film is Octopussy, portrayed by Maud Adams in her second appearance in the Bond franchise, as she also had the distinction of being killed in The Man with The Golden Gun. Adams’ performance as Octopussy is fine for the most part. She sleeps with our hero, assists on a mission and is all in all slightly more competent than most Bond Girls. In reality the only truly noteworthy thing about her is the fact that she is probably the only love interest of Moore’s Bond that was even remotely age appropriate, and even she was 17 years his junior.

Bond (actor, performance): Bond in this film is  portrayed once again by the late Sir Roger Moore. There’s not really that much to say about this performance that hasn’t been said about the five other Moore performances that we’ve already discussed. You really know what you’re getting at this point with a Roger Moore Bond film. He plays the role with a bit more of a genteel charm than most, and with a somewhat lesser physicality. One thing worthy of note though is just how much Moore’s age was starting to show through at this point. It’s always important to point out that Moore was in fact older than Connery and so the franchise went a good 15 years without dealing with the central concern that the age of the actor portraying Bond was making the love scenes increasingly uncomfortable with each passing film. This eventually became enough of an issue that it was what lead Moore to finally hang up the holster after A View To a Kill, as it was beginning to make even him sick.

Gadgets: Once again the gadgets are somewhat scaled back in this entry, with the primary ones being the previously mentioned compact plane, and the strange crocodile submarine/boat/disguise that Bond utilizes during the film. The crocodile suit is by far one of the weirdest decisions ever made in this franchise, and to this day I wonder what the creative team on the film where thinking.

Stunts/action:  The stunt work in this film is a bit of a mixed bag. While moments like the compact plane and Bond fighting on a plane at the end are fairly exciting, most of the regular stunt work is somewhat dull. It all goes back to the fact that physicality was not what Moore was known for, and it’s something that permeated most of his films.

Locales: There are two core locales in which the story takes place, Germany, and India. While there is nothing particularly exciting about the German sets, (unless you’re really a fan of circuses) the scenes set in India do a lot to add excitement and new looks to the franchise.

Iconic Moments: There are either none, or one, depending on how into the image of Roger Moore in a clown costume you are.

Cringe Factor: Look, no if ands or buts about it, the title is rough, and it doesn’t help that it’s said at least 20 times over the course of the film. Beyond that, the scenes in India could probably have been handled more tactfully, though they never really approach Temple of Doom levels of uncomfortable.

Overall Thoughts: Octopussy is fine. Not great, not bad, just fine. It’s a decidedly middle of the road entry for the franchise and at times bordering on milquetoasty. Not exciting enough to earn adoration, and not offensive enough to spark outrage, it’s a just okay entry into the James Bond canon.