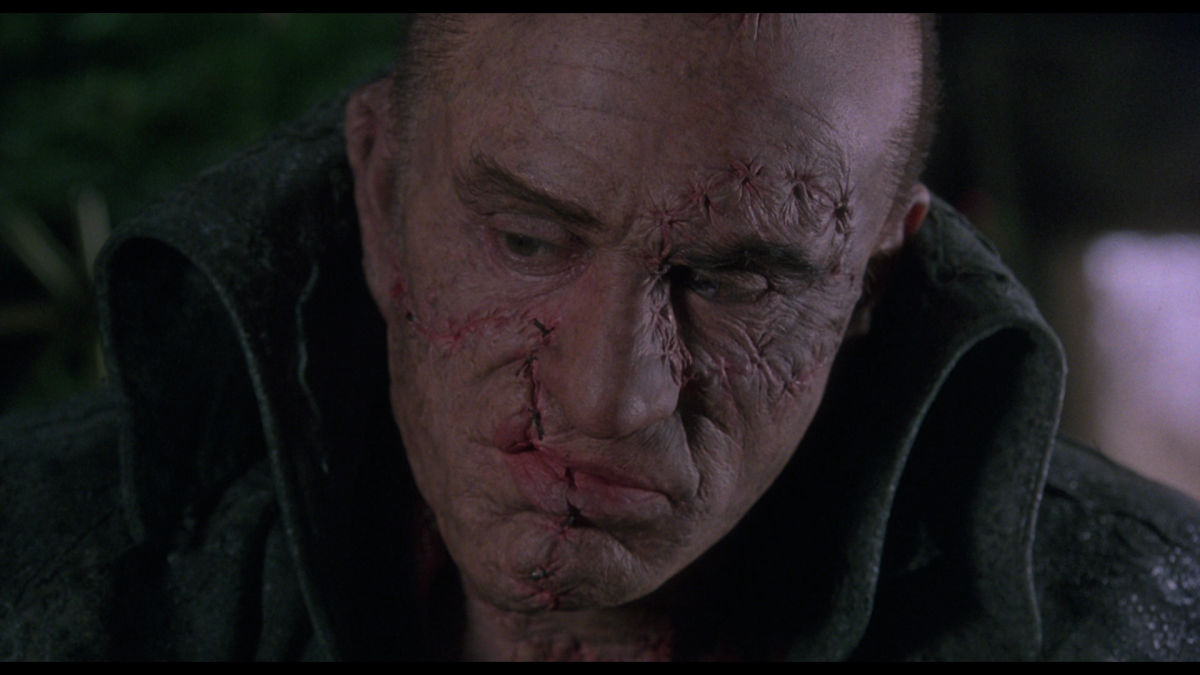 Kenneth Branagh is one of my favorite directors. Whether he’s adapting Shakespeare or a Marvel comic, he has a keen understanding of what makes a source material work and how to translate it in a lush cinematic fashion. In order to appreciate what makes Branagh succeed as a filmmaker, one of his most interesting movies to watch is his underrated take on Frankenstein.

Right from the start, Branagh doesn’t hold his punches when it comes to playing with his peculiar traits. The first act is a wave of intensity where melancholy, joy and horror coexist within a few minutes of one another. It introduces the audience to a world of privilege where everything is waiting to get out of control. In this iteration, Victor Frankenstein is a noble man who loves his family and his home, but has a tendency to isolate himself from society to process his thoughts. This seems harmless enough at first, but it’s a clever way to foreshadow his imminent tragedy.

Branagh knows how to utilize locations and the way they’re shot to reflect the emotional place the protagonist is in. For Frankenstein, his house in Geneva represents the best parts of his life; full of peace, love and the necessary distance from society to meditate and study. Ingolstad is dirty and grayish, which is fitting for the place where Frankenstein starts experiencing his descent into madness. The forest where the Creature escapes and stealthily interacts with a farmer family is full of the beauty and sadness the Creature notices in his observations about humanity. And last, but not least, there’s the North Pole, a barely touched land where its undiscovered wonders are as fascinating as they are dangerous, mirroring Frankenstein’s experiments. All these places are loaded with energy thanks to the excellent score by Patrick Doyle, who’s not shy on taking the most melodramatic route possible and heightening the images on display to the nth degree. Even though Branagh’s style is known for its air of elegance and prestige, Mary Shelley’s Frankenstein has pulpy touches, like tree-hitting lightnings or a shirtless Branagh dripping in amniotic fluid, that make the film not only a thoroughly entertaining ride, but a very easy one to rewatch.

Branagh acts the hell out of Victor Frankenstein. On top of the earnestness and sense of tragedy he transmits, he’s having an absolute blast, delivering every line with gusto and a bombastic affect that makes his scenes a delight to behold. Branagh has a charismatic gravitas that makes you take the character seriously, and at the same time, keeps your eyes fixed on the screen through sheer enthusiasm. Helena Bonham Carter does a great job going back and forth between the frustration and passion Elizabeth experiences by watching the love of her life losing himself in his experiments. Her tenderness clicks perfectly with Branagh’s sincerity, making for a strong chemistry.

Of course, Robert De Niro kills it as the Creature, giving a unique character actor turn unlike anything else in his filmography. When the camera takes its distance from the Creature, De Niro infuses a menacing vibe that effectively sells him as a striking figure who imposes with his mere presence. But when it gets a closer look at his face, De Niro lets you see that the Creature is, in fact, a victim of people’s worst impulses and prejudices. Deep down, he just wants to go on about his life and give love, which makes his status as an outcast all the more poignant. Branagh gets that the Creature isn’t meant to be feared, but empathized with. That the real horror is in how society treats its most disadvantaged and those who don’t fit into a particular standard. It’s worth noting the spectacular makeup work (which garnered an Academy Award nomination), which holds up like gangbusters to this day, makes the Creature look convincingly grounded and helps to accentuate De Niro’s tour de force performance.

One of the key elements of Branagh as a director is his ability to create compelling and multi-layered family drama, and Mary Shelley’s Frankenstein is no exception. The scope of his movies tends to aim for big and epic, but he never loses sight of the intimacy and nuance that drives his characters from an emotional standpoint. Victor Frankenstein is portrayed as a well-intentioned man with a misguided view of life, where beating death at its own game can be considered a healthy evolution for science. He has the goals and attitude of a hero, but acts with the madness and ego of a villain. The Creature is a lonely individual who saw no other way to solve his problems than becoming a monster for those who wronged him. He works hard to earn appreciation, but gets nothing but scorn in return. The conflict between Frankenstein and the Creature is a solid example of one of the dynamics Branagh excels at. A father figure with apparently generous aims that turn out to be incredibly toxic and only end up haunting him back. Because his lack of foresight resulted in a son with an appetite for destruction and revenge.

As a Branagh fan, I can’t help but admire the ambition and heart that went into Mary Shelley’s Frankenstein, a wonderfully idiosyncratic father-and-son gem about the risks of messing with forces you don’t fully grasp. All boosted by a cast giving it their all and confident craftsmanship that seamlessly takes the audience through a captivating ride.