The Secret of the Queerest Show Ever Made 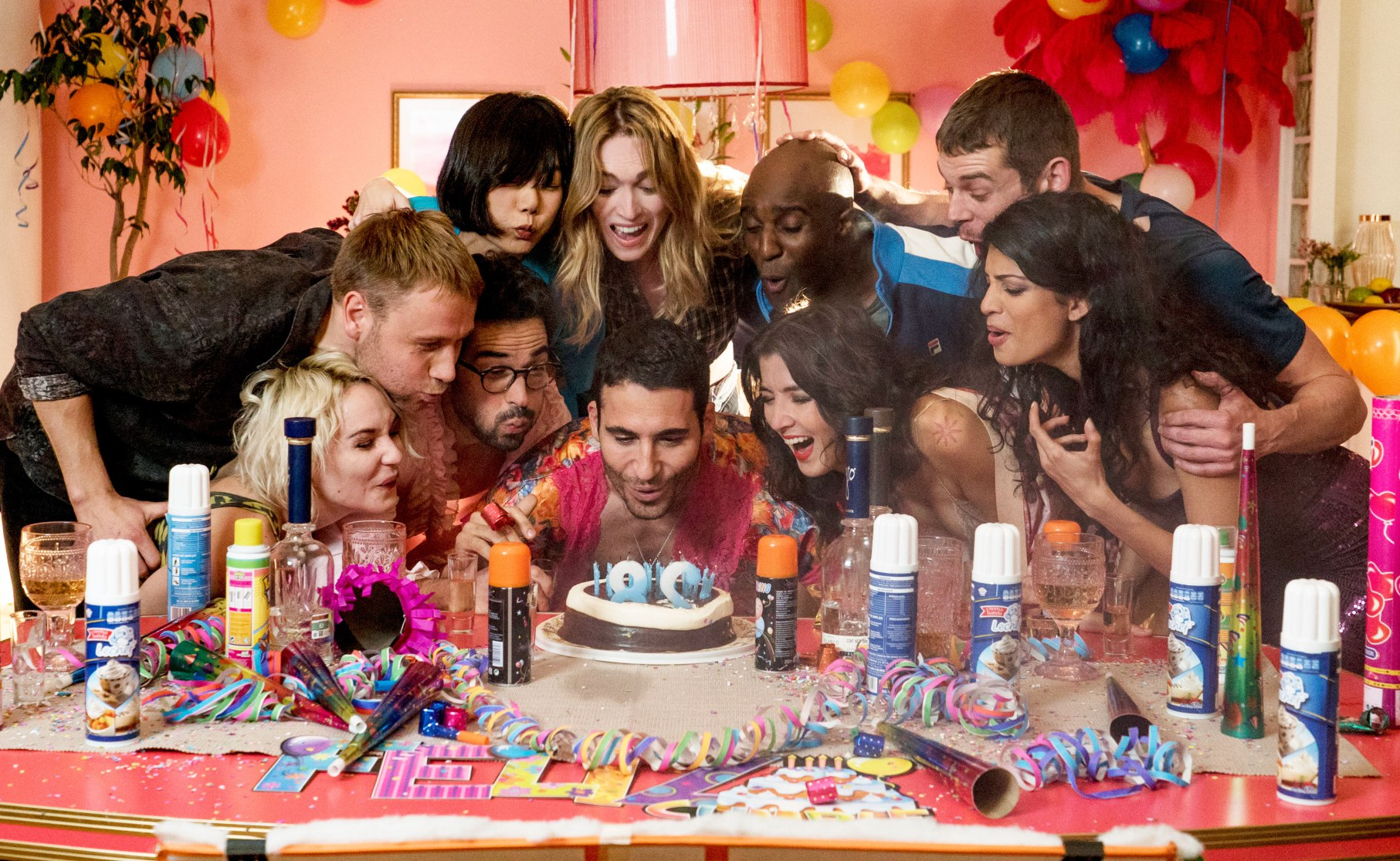 It’s Pride Week at Lewton Bus! Today, Adam writes about the unparalleled depiction of the queer experience in The Wachowski Sisters’ Netflix series Sense8. But be warned: this article contains spoilers for the series finale)

Netflix’s recently-concluded show Sense8 is one of the most fascinating and ambitious TV shows ever made. The show, telling the story of a group of strangers who find themselves psychically connected and on the run from a malevolent international conspiracy, has acquired a reputation both for the diversity of its cast and for its frequent, graphic sex scenes. But neither of these really do the show justice.

Sense8‘s depiction of sex is incredibly unusual in American popular art. For one, every depiction of it is presented as a joyous celebration of human connection, whereas all other American pop culture looks down on it. They either stick within narrow limitations of what’s considered acceptable, censor themselves or try to shame the participants. But more importantly Sense8 has a total lack of the usual feelings of taboo and boundaries found in American sex scenes.

The result is a show that, while it frequently shows its characters having sex on screen, never feels remotely dirty. It manages to be both very graphic and not graphic at all, because what is has done is to normalize sex.

In fact, normalization is one of the main goals and strengths of Sense8. It’s very common when discussing progressive media nowadays to praise something for normalizing queer experiences, but this usually takes the form of attempting to fit them within common heterosexual ones.

Love, Simon for instance is a gay romantic comedy aimed at teenagers, but it’s way of normalizing its story is to present it as similar to a heterosexual teen romance as possible. Simon is as far from any gay stereotype as it is possible to get, and the film avoids discussion of any real details of sexuality or sex, ending just as the central relationship really begins. The whole approach is more about trying to avoid alienating heterosexual audiences by making it as close to their experiences as is possible.

Sense8,meanwhile, takes the opposite approach. The show is open and unabashed about its cast’s queerness, to the point where, unless a scene is about how the world views them, their identities and sexualities are presented as entirely normal. In fact, when the characters are seen away from that world the idea of queerness as a thing almost disappears. Queer as a word means “unusual”, as opposed to an accepted normal. But in Sense8 there is no normal.

Every major character is queer, which in a way means no one is. As the show doesn’t make a point of its characters’ sexualities and identities being at all unusual they end up feeling entirely natural and almost unremarkable. This is why Sense8 has such an incredibly devoted fan base. It is possibly the first show in history where queer identity is not in any way defined in opposition to straight/cis identity, which means for queer audiences like myself it is possibly the best show ever made for creating a feeling of validation and acceptance. It’s the phrase “love is love” taken to its logical conclusion.

Today I found myself thinking back to Nomi and Amanita’s wedding, and what struck me was that I had been watching a lesbian wedding between a black woman and her transgender girlfriend without thinking of it in any of those terms. It was just two people I had grown very fond of finally getting married. Even if I tried to think of it in those terms they all felt suddenly far too limiting and distancing to encompass what I was trying to describe.

Sense8’s central message is one of universality. It wants to present every variety of human experience as relatable and demolish the idea that it’s impossible to understand anyone else. As such, it wants to make labels feel irrelevant. Labels are a way of categorizing and thinking about people you do not entirely understand. They are theories, in the scientific sense, used to frame human experience within a simple framework that is just accurate enough for practical purposes.

In one episode Nomi says that “labels are the opposite of understanding”, and one of the show’s main goals is to get its audience to know and empathize with its diverse cast to the point where the labels they would usually describe them with no longer feel adequate. Sense8 sets out to explore and normalize its characters lives and experiences to the point where the audience stops even thinking of the cast as diverse, because describing them in these terms feels like a step backward. They are just themselves.