RISE OF THE TOMB RAIDER: The Path to Agency 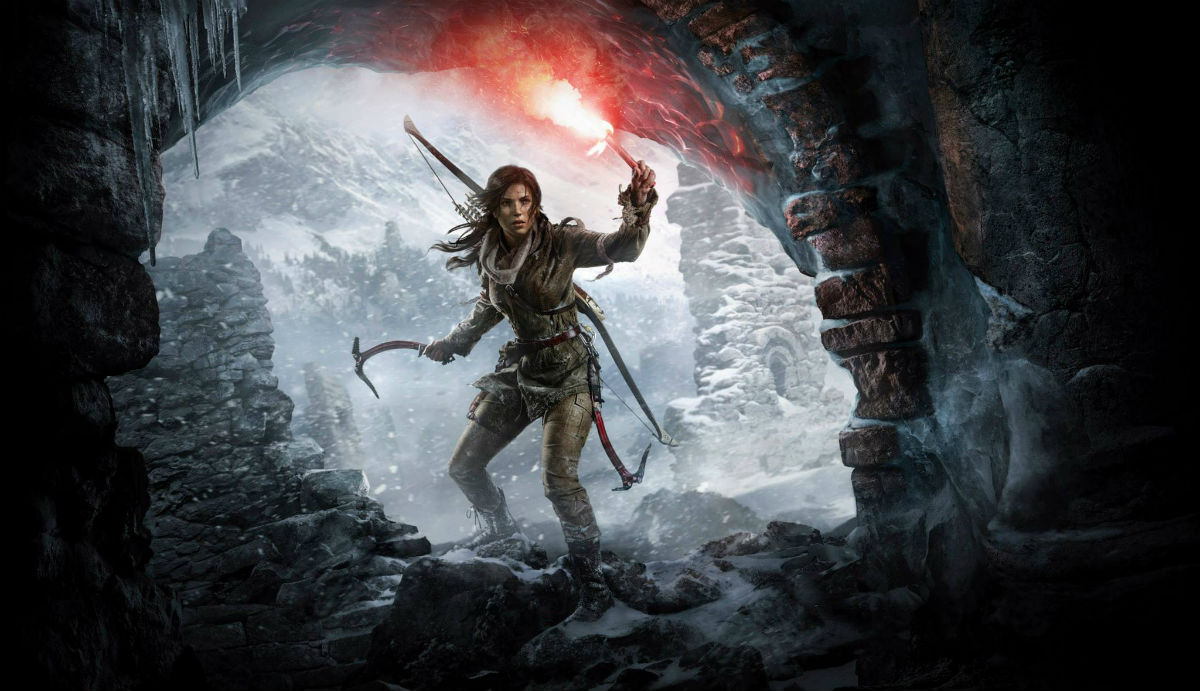 Editor’s Note: Be sure to be on the lookout for Tomb Raider, directed by Roar Uthaug and starring Alicia Vikander, in theaters this coming Friday, as well as our upcoming review!

Back in 1996, Lara Croft earned herself a place in video game history as one of the first iconic 3D characters. However, she didn’t have many recognizable traits aside from the dual pistol-wielding and the outfit. But when Tomb Raider was released in 2013, developer Crystal Dynamics intended to move things to a completely different direction; they took inspiration from gritty, but heartfelt reboots like Batman Begins and Casino Royale.

Tomb Raider was all about establishing the basics. More specifically, why is Lara is so keen at surviving in harsh environments and exploring ancient sites. It was a fairly straightforward story where Lara was at the mercy of occurrences beyond her control. When Rise of the Tomb Raider came out, we got to know exactly what motivates her to take action and defines her ethos.

The game starts with Lara still working to get over the events in Tomb Raider and the death of her father, Richard Croft, who had passed away with a tainted reputation for researching immortality. When Lara returns to her home in England, she sets herself to prove her father’s legitimacy by searching for the Divine Source: an ancient artifact that provides eternal life to whoever holds it. The last moment Lara shared with her father was a heated discussion about how his obsession with the dubious theme of immortality was distancing them. Lara plans her journey for the Source not only to validate her father’s investigation, but as a way to forgive herself for not believing in him.

When Lara begins her quest, she comes across a fundamentalist religious group named Trinity, which is also searching for the Source. Lara perceives Trinity as merely a pesky nuisance in her path. Basically just her rivals in a race. But that perspective suffers a major twist when she’s betrayed by Ana, her father’s partner, who was using her knowledge of the Croft family to guide Trinity to the Divine Source. After this revelation, Lara can’t help but take Trinity’s actions personally and decides to distance herself from any relationship, and by extension, avoid potential pain. It’s the moment where Lara officially sees Trinity as a straight-up enemy. They aren’t only obstructing her path to the Divine Source, they’re actively messing with her emotional core and the way she engages with the world.

During her stint as a Trinity prisoner, Lara meets Jacob, the leader of a Siberian population known as The Remnants, who asks for her assistance to get out of his cell. She initially doesn’t care about what happens to Jacob because of the distance she wants to keep between herself and others. Lara ultimately releases Jacob, but just because it’s convenient for her needs, since Jacob helps her to escape the prison. But when Jacob offers Lara to join The Remnants’ fight against Trinity, she refuses. She still hasn’t recovered her capacity to trust other people and is too focused on her own quest to pay attention to those that aren’t her own. Lara’s reluctance to join forces keeps her secure, but limits her opportunities. It’s a price she’s perfectly willing to pay.

As the game moves forward, it displays why Trinity is a bigger threat than Lara initially thought with an intense sense of escalation. We see them performing multiple atrocities in short time spans for the sake of fulfilling their objective. They’re not only attacking Lara, but innocents and their environments. The display of violence is unapologetically bleak, but important to understand given the stakes and the next step in Lara’s evolution:

Realizing that she’s involved in a conflict that’s bigger than herself and her interests.

In theory, the Divine Source was meant to provide health and peace. But its immense power ended up causing an endless war. Every person that knew of its existence went to excessive lengths to posses it. The Remnants valiantly protected the Source for centuries, but their insistence of staying within their cultural and technological boundaries limited their efforts. Trinity surpassed their capabilities and got the upper hand more easily as a result. This conflict mirrors what Lara is going through. Her determination to fight for her father’s dreams isolates her from other issues and places her in a hollow path where only one destructive obsession matters. Lara’s quest for redemption is meant for her own growth and closure, but it’s also stopping her from reaching her full potential as an agent of change.

Lara ended up living this experience along with The Remnants, since they’re both fighting against Trinity, even if it’s not exactly for the same motivations. Sharing intense and memorable moments with them eventually leads Lara to sympathize with their struggle and its implications. Her newfound investment in their well-being as a society leads her to the conclusion that if she obtains the Divine Source, she’ll inevitably end up in yet another bloodbath, just like everyone who has tried to get the Source before. This vicious cycle only has one possible solution: destroying the Divine Source once and for all. It’s not easy for Lara. She has to give up on the one thing that motivated her to go to hell and back and that can restore her father’s reputation in the eyes of the world. But in the end of the day, she’s letting go of an object that will bring no good to her, or anyone else. Embracing the fact that apparently healthy objects of desire can be toxic requires a challenging introspection (portrayed effectively throughout the course of the game in the scenes where Lara sets herself in camps) when you’ve been holding on to a specific mindset for a long time. But once you free yourself from it, the satisfaction is huge, because you can finally proceed to the next stage of your life, whatever you decide that to be.

Lara is no longer chained to the idea of living her father’s life for him. She built a new agenda that grew in her with time, disappointment and experience, and is now willing to give herself to it. Her potential for heroism always manifested in her ability to handle danger, explore and survive. But after these events, she knows her skills should be dedicated to protect the world from Trinity.

With Rise of the Tomb Raider, Lara Croft became more than an easily recognizable icon. She was established as one of the most relatable, sharp, and intriguing characters in video games. She embodies the ideal that we don’t have to follow the standards and goals that emanate from social pressure and anxiety. That we must make our own mistakes and suffer our own tragedies to ultimately decide what defines our essence and the actions we take to define ourselves and make the planet a better place.

Review: THE DEATH OF STALIN Previous
Review: FINAL SPACE Next