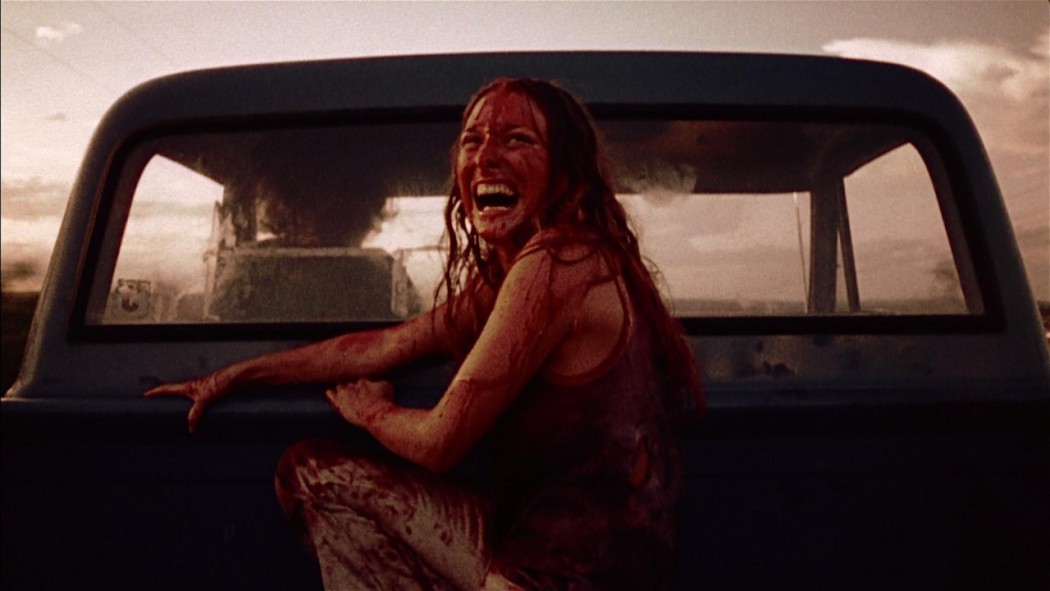 Tobe Hooper, the maverick independent filmmaker who viciously unmade the horror genre with his 1974 masterpiece The Texas Chainsaw Massacre, has died at 74. His filmography is loaded with gems, including the bananas cross-genre camp classic Lifeforce and the endlessly debated partnership with Steven Spielberg, Poltergeist. The Texas Chainsaw Massacre, however, is a towering landmark, a film so motivated by disrespect for its parent genre, so wildly innovative, that any attempt to examine its influence will inevitably miss the point.

This film’s importance is difficult to overstate. Its influence continues to be felt, after two generations of admirers have tried, and sometimes succeeded, to access and recreate its sorcery. Its sequels and reboots are mostly shit, largely because their homage is too literal. (I secretly like Marcus Nispel’s 2003 remake). Only Hooper himself, with The Texas Chainsaw Massacre 2, really recaptured the original madness.

I was a newborn when the original film was released. I never directly experienced the civil unrest that the Vietnam War and the civil rights movement unleashed. I was, however, raised by angry hippies and spent much of my childhood in the company of vets whose lives were forever fucked up by the war. I was always terrified to watch this film, as a child, because I understood it as a sort of unfiltered scream, an unclean excretion of generational pain and anger, something too filthy and awful for civilians to witness. Less a film than an actual artifact of suffering. I think I was right, to an extent. It is too awful to exist, in a way. And this is its magic. It embodies pure horror in a way that very little art can.

So what gifts did Hooper’s primal scream give us?

The film arguably gave us the first, truest “final girl,” an inversion of serial killer convention that has metamorphosed over time into, itself, a sexist convention. Marilyn Burns’ Sally is a physical powerhouse, unwilling to submit to the saw or the meathook. Once we’ve powered through the infamously macabre and relentless dinner scene, along with her endless, torturous screaming and sobbing, she proves a kickass survivor.

Her only purpose is to survive

I wouldn’t call her a heroine, precisely; there aren’t really heroes in this world, but there are escapees. She fights her way to freedom, albeit hysterically. (It’s dishonest, this expectation we have now of our heroes, men and women, that they can face anything with stoic resolve and a quip or two.) Tobe Hooper’s film is about fear and hopelessness; how stoic are any of us when confronted with pants-wetting violence? It’s incredible just to live. This is an important message, one that is ultimately the point of much horror; there is grace merely in survival.

The Present Moment is All There Is

Hooper dispenses with familiar dramatic buildup, thrusting us straight into the uncanny. Within minutes we’re in the company of threatening rednecks. At no point in this film are we allowed to relax, or find comfort in the company of our cast.

No rest for the rednecks

There is no plot to speak of. In later years we’d quickly burn out on the endless trend of young adults getting lost in some rural setting and immediately dying off before we get to know them. Hooper did it first, and he did it for a reason: we are all faceless soldiers in war, we have no personalities, we are just meat for the machine. Character has no place here. Again, only survival matters.

No Peace in Music

A soundtrack comprised entirely of improvised noise, tape loops, unrelenting experimentation. In the film’s sound, as well, you’ll never have a moment’s peace in a familiar melodic refrain. It opens with that famous detuned “flashbulb” sound, which is actually a tuning fork scraping a piano string.

Experimental soundscapes weren’t new to film, of course, Bebe and Louis Barron’s Forbidden Planet score is the most famous example, just a few years before The Texas Chainsaw Massacre. However it was this film’s success that would inspire decades of horror film composers to build abstract sound-making devices, such as Mark Korven’s Apprehension Engine that he used in his score for The VVitch, or the weird and wonderful contraptions that Brian Reitzel recorded for Hannibal.

Visually, it is in a class alone in it’s willingness to eschew conventional film niceties, doing away completely with the usual buffers such as makeup, gentle lighting to de-emphasize blemishes, avoiding hot closeups of sweaty or dirty skin. None of that. Daniel Pearl’s cinematography is as honest and unafraid as the boldest documentarian’s, treating its locations and actors like found quantities. The film features a fair amount of inventive production design – Bob Burns dressed the sets with all sorts of grisly ephemera, bones, stretched leather, feathers – but its production design specifically made the whole exercise even more grueling, more awful (and more offal). Nothing is clean, nothing is ready for close up in a classic Hollywood sense. It’s all septic. And the camera does get unbearably close, deep into Marilyn Burns’ bloodshot, sweat-drenched eyes, into the cracks in fallen teeth, grain in bone fragments.

It’s both deeply gorgeous, such a hot and colorful film with evocative 16mm grain, but also so furiously grimy that it leaves me feeling, well, dirty. Pearl frames many of his shots from quite low angles, shooting up through grasses, emphasizing the enormity of the land and the smallness of the humans within it, creating a feeling that something sentient in the land itself creeps around the periphery of their vision. The POV of evil itself, as abstract as it is. Sam Raimi would give his demon force a similar vision years later in his Evil Dead films; his evil stalked his humans much as Texas itself stalks Hooper’s humans.

The deathless monster chasing our protagonists through impenetrable woods: it’s as tired a cliche as you can imagine. The 1980s saw dozens of slasher films featuring generic kids running through the woods. However, consider the first instance of this, imagine how absolutely horrifying the notion is of being unable to see your attacker in the dark, no idea where you are running to or from, death immediately on your heels. It’s a shame that the slasher genre softened the power of this scenario. This film reminds me of its power.

Tobe Hooper gave film permission to push its audience to new, unforgiving extremes. He gave us, the audience, permission to follow to darker and more terrifying places. Film is a much more grueling medium as a result. For better or for worse, he forever transformed the medium. His loss is monumental.