Whiplash and the Effects of Greatness through Obsession – Part 2 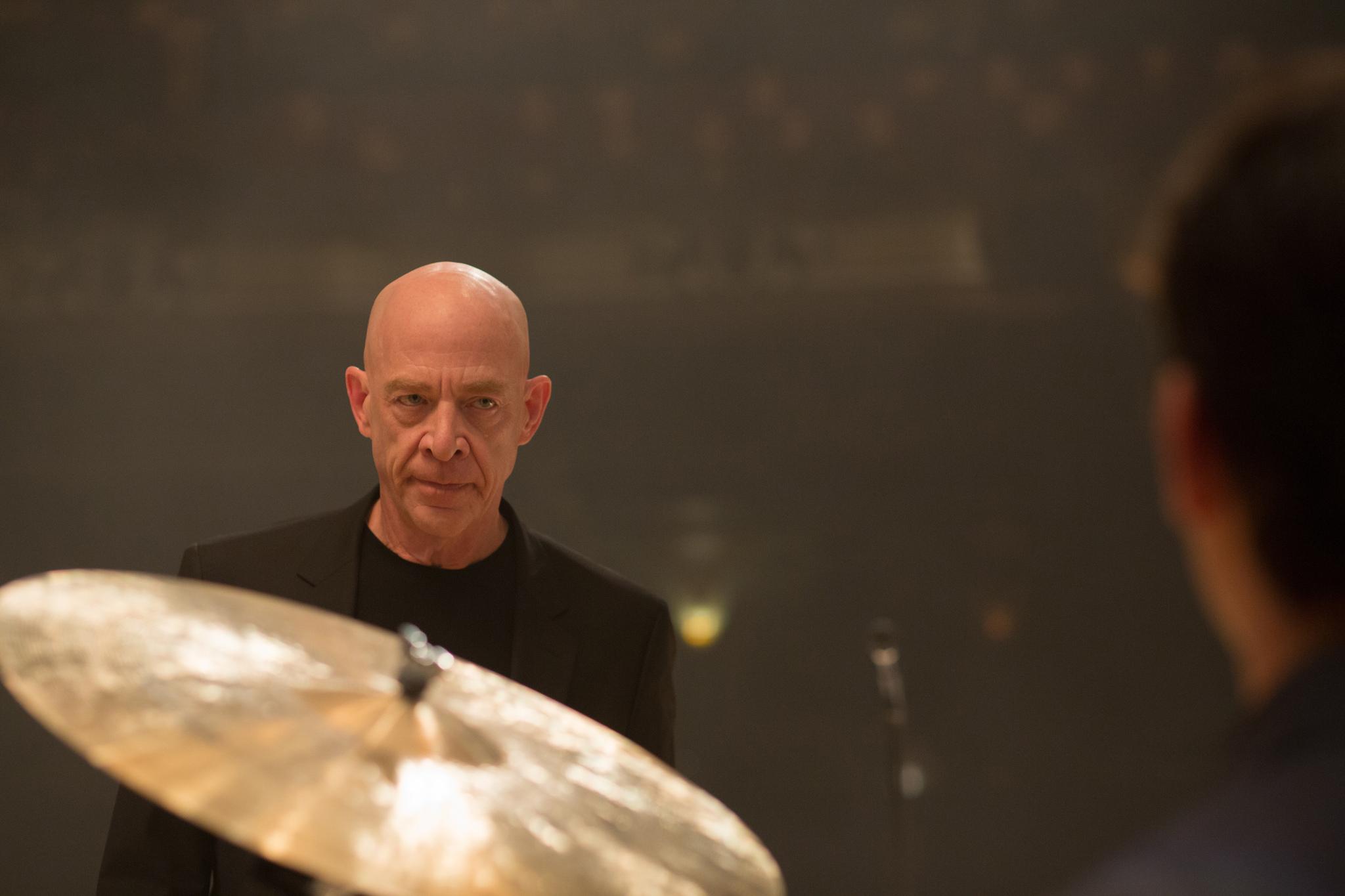 Hey there and welcome to part two of my analysis of the film Whiplash. If you haven’t read part one, then scroll to the bottom of this article and click the link. If you don’t have time to read both parts, I’ll sum it up. In part one I discussed the character of Terrence Fletcher, professor, mentor, and torturer of our main character, Andrew Neiman. I mentioned my theory of how Fletcher’s obsession with greatness stems from his own failings as a musician. I also discussed how he demonstrates this obsession by pushing students, particularly those he thinks have potential, to their absolute limit and beyond, sometimes with fatal results. But let’s get to why we’re here today, Andrew Neiman and his own obsession with greatness.

As mentioned in part one we first meet Neiman in a practice room going over his rudiments before being interrupted by Fletcher who is scouting him out. We then see him on a trip to the theater with his father where we first meet Nicole, a movie attendant and future love interest. After talking to his father about Fletcher scouting him and then leaving we can tell that he’s disturbed by his father’s response that there are other opportunities, that after a certain age you gain perspective. We know now that Neiman has no interest in perspective, just greatness, though his obsession with it is still in its infancy. As the movie goes on we see him go from alternate drummer for a guy named Ryan Connolly in Nassau Band to the alternate for a particularly infuriating character named Carl Tanner in Studio Band, an ensemble lead by Fletcher himself. After his first experience playing for Fletcher in a formal setting, during which he is slapped repeatedly, he doubles down on his practicing and we see his obsession with greatness slowly coming through but is still in its incubator stage. This is followed by his first and only (that we see) date with Nicole in which Neiman expresses his belief that his fellow students don’t like him very much. We then proceed to the Overbrook Jazz Competition where after the first performance Tanner gives Neiman some music to hold onto which Neiman then loses soon after. This gives Neiman his first real chance at performing and getting exposure as he is the only one who has the piece memorized. He is soon promoted to core drummer as a result of his performance. This leads us into a rather important scene in the film, the dinner.

We see Neiman and his family which consists of his father, aunt, uncle, and two cousins (one a division three football player and the other a “soon to be Rhodes Scholar”) gathered around the dinner table. After making general chit chat Neiman is asked how his drumming is going in which he begins to talk about before being interrupted by the entrance of his cousins, this obviously annoys him. After his aunt mentions Neiman’s drumming as an afterthought in regards to “the talent at this table” Neiman goes on the defensive. He insults his cousins and belittles their accomplishments before saying that he would rather “die broke and drunk at 34 and have people talk about me, than live to be rich and sober at 90 and nobody remember who I was.”, a reference to the fate of Charlie Parker. He mentions how nobody at the table was friends with Parker but here they are talking about him. His desire to achieve greatness really begins to shine through in this scene. As does his lack of interest in anything else other than music, including friendship and quite possibly, family. The bitter, obsessive side has finally come out of its incubation and is now going through a shockingly fast growth spurt.

After he finds out in the next scene that Fletcher has brought in Ryan Connolly to be the new core drummer we see Neiman completely lose it and kick his obsession into its highest gear by practicing to the point of injury and by getting rid of personal attachments, in this case, Nicole. The breakup scene is where we finally hear Neiman bluntly say that he wants to be great. That he wants to be one of the greats. However, in order to do that he needs to break things off because Nicole will just become a distraction and get in his way to achieving true greatness. The way he does it, the things that he says, show his lack of empathy and his ability to ignore the niceties of society.

Through what I can only describe as an absolutely perfect scene (my second favorite in the entire movie) that I won’t describe (you just have to watch it) Neiman finally earns his spot back and will be able to play as the core drummer at the upcoming Dunellen Competition. After a series of accidents Neiman is late to the competition and is told he has ten minutes to retrieve his drumsticks or else Connolly will be playing. Neiman speeds through traffic after grabbing his sticks and is t-boned by a truck that sends his car flipping (giving him literal whiplash) before landing on its roof. Neiman, dazed, bloody, and almost definitely concussed, retrieves his sticks from the wreckage and runs the final couple blocks to the competition where he fails miserably and is told that he’s finished, that he is out of the studio. He then proceeds to tackle and attack Fletcher on stage before being escorted out by cops and Connolly. This scene shows just what lengths Neiman will go to in order to achieve greatness. He puts both his real and academic life (he’s later expelled) in jeopardy just so he can achieve greatness.

After being expelled he gets a job and proceeds to wind down over the summer before being invited by the now fired Fletcher to drum for a band he is conducting for an upcoming Jazz festival. Little does he know that this is a trick by Fletcher to simultaneously embarrass Neiman and ruin his chances of ever achieving greatness. Any desire Fletcher had of helping Neiman become great was destroyed when Neiman got him fired. This brings us to the final scene. It’s hard to truly do it justice but I’ll try. After being tricked by Fletcher, Neiman runs off stage into his dad’s arms who, like any decent father, tries to comfort him. However, that desire for greatness is too strong, and now it’s pissed. Neiman comes back on stage and proceeds to take control of the entire show. By the time the final ten minutes are over several things have happened; Fletcher wants to (figuratively) murder Neiman, Fletcher realizes that Neiman is so close to being where they both want him to be, and Neiman finally achieves greatness with one of, if not the best, drum solo put to film. We can assume that after the credits roll Neiman was finally taken on by an organization such as Lincoln Center, his dream and that Fletcher finally achieved his dream of being responsible for one of the greats. But the question has to be asked, at what cost?

We see Neiman over the course of the movie go from shy, average skilled guy to an arrogant master of the drums. Now he has achieved greatness, or at least is now finally on his way. But when you stop to think about it you have to ask yourself if it’s worth it. Is achieving your dreams, achieving greatness, worth all the sacrifices that Neiman made? Is it worth the obsession? As a musician myself and as someone who is currently preparing to audition in order to get into a music school I do empathize and understand Neiman, at least a little bit. Like Neiman I would love to be great. I would love for people to remember me. I think we all have that desire to an extent. I mean the idea of leaving a legacy goes back to the times of the Epic of Gilgamesh so this is definitely nothing new. However, like I said we all have to ask ourselves if our obsession, our desire to be great is worth it, if it’s worth the sacrifices that we make. And that, ladies and gentlemen, is in my opinion, the ultimate question that Whiplash leaves us with. Thank you for joining me for the second and final part of this look into obsession and greatness. Keep an eye out for my next article in which I will discuss what exactly makes a movie so bad that it’s good. See you soon!

Whiplash and the Effects of Greatness through Obsession – Part 1

Whiplash and the Effects of Greatness through Obsession-... Previous
The Reassurance of Awe Next