Hulks, as a representation of the Asian Immigrant Diaspora 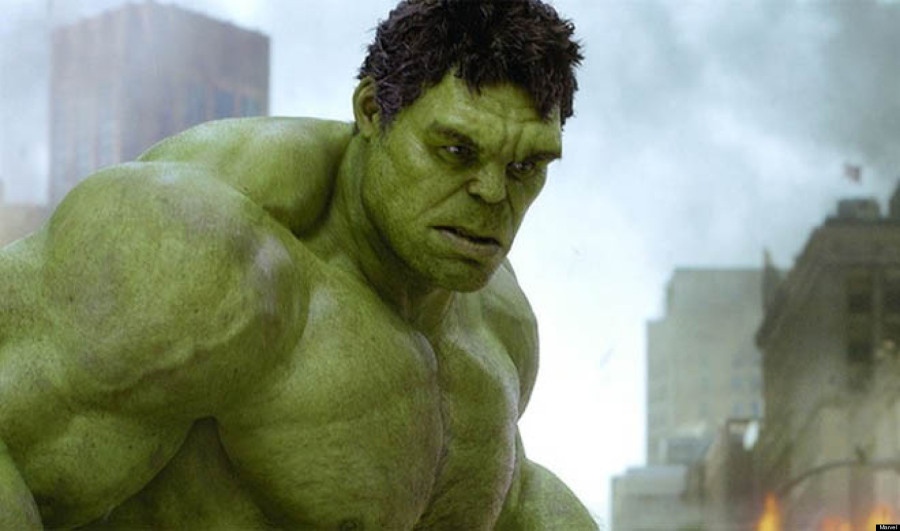 It’s Hulk Week at Lewton Bus tower, and this week I’m going to talk about a character that’s close to my heart, the angry green giant himself, The Incredible Hulk.

There are many reasons to like the Hulk. Maybe you like to smash things, but doing so in real life results in getting arrested and being barred for life from your local supermarket chain. Maybe you have a fetish for giant, musclebound green men, whose “equipment” would most likely be ­far too big for human fornication. Unless Hulk is built like a gorilla, whose genitals are smaller than their body-size would suggest. Wait, if the Hulk is built like a gorilla, does that mean Jennifer Walters (the She-Hulk) is built the same way? With a vagina that’s equally small? Wait, is that how a female gorilla is built?

…I’m going to stop talking about this now.

Anyway, the reason I like the Hulk so much is not because of his powers, but rather the fact that The Hulk (and Bruce Banner) are in some ways, a metaphor for the Asian immigrant experience. Let’s stop talking about genitals and let’s get started with the main points of this article. I’m mostly going to talk about the East-Asian experience as that is the one I’m most familiar with. If anyone else wants to talk about the South or South-East Asian experience, please feel free to do so in the comments. The piece is also going to trend towards looking at the Hulk from a more masculine point-of-view because well, duh, the Hulk is a dude. But I’m going to try to keep everything as unisex as possible. Maybe in the future I can write about the She-Hulk and examine how she is everything that Asian women can’t be.

Will the Disney snipers get me for using a DC character to prove my point?

Film Critic Hulk once said this about The Incredible Hulk in his New Yorker article:

THERE IS ALWAYS A WAY TO EXPLORE THE HULK CHARACTER AND METAPHOR IN A LARGER SENSE. FIND A DUALITY. FIND A CONTRADICTION. AND EXPLORE TO YOUR HEART’S CONTENT.

Let me introduce you to the concept of “double consciousness.” It was coined by W.E.B. Du Bois and of it, he says this:

It is a peculiar sensation, this double-consciousness, this sense of always looking at one’s self through the eyes of others, of measuring one’s soul by the tape of a world that looks on in amused contempt and pity. One ever feels his two-ness,—an American, a Negro; two souls, two thoughts, two unreconciled strivings; two warring ideals in one dark body, whose dogged strength alone keeps it from being torn asunder.

You’re essentially looking at yourself through the eyes of a racist society and measuring yourself using the means defined by a nation that looked back in contempt. Sound familiar? Banner/Hulk can be seen as a metaphor for “double consciousness.” Hell, in Indestructible Hulk Banner even says this:

Tony Stark and Reed Richards use their genius to save the world every other week. That’s how they’ll be remembered in history. Meanwhile, I – I who, forgive me, have just as much to contribute – will be lucky if my tombstone doesn’t simply say ‘Hulk Smash.’

While the world doesn’t look upon Banner/Hulk with racism, they do see him differently because of what he is, and he is using that warped perception to measure himself. And because of that, he will always come up short in the eyes of the world. So far what I’m describing can be used to describe any minority in society, but what makes Banner/Hulk so relevant to the Asian diaspora is the fact that Banner is a nerd in a STEM field who is repressing numerous parts of himself, and that is reflective of the Asian immigrant experience in many ways.

Repression is a feeling that I’m sure many of us have felt in our lives, and it’s a theme that has been seen throughout the history of The Incredible Hulk.

Bruce Banner is often characterised as an emotionally repressed person, in contrast with The Incredible Hulk who, regardless of whether he’s green, grey or bearded, is anything but emotionally repressed. Because of his repression, Bruce Banner is often seen as the last person you’d expect to get angry.  In the comics, he’s often depicted as a scrawny, nerdy dude who could barely bench-lift a biscuit. In the 1980s TV show, while he was neither scrawny nor nerdy, Banner was a gentle soul, the kind that would never hurt a fly. It also didn’t hurt that Bill Bixby looked more like your pudgy father than a body-builder.

That was one of the failings of Ang Lee’s Hulk (which isn’t as bad as you think it is, fucking fight me1). Eric Bana was too much of a brooding bad boy. There’s too much James Dean in his cheekbones and jawline. And in the case of The Incredible Hulk, Edward Norton looks too much like the kind of jackass who would punch someone at the slightest provocation. There’s a reason he played a wannabe skinhead so well in Fight Club and a real fucking Nazi so well in American History X.

This is the reason why Mark Ruffalo is perfect for the role; the guy just looks so much like an old doggo who’s sad to see you leave the house every morning. The guy looks as if he’s physically incapable of being angry. Bruce Banner should not be the type of guy you’d expect to get angry. But it’s this repression that makes The Hulk so dangerous; there’s a reason why Bruce often says, “You wouldn’t like me when I’m angry.”

So, where am I going with this?

Of the various stereotypes you can ascribe to Asian people, “quick to anger” is not one of them. We are Bruce Banner in this sense. However, if you’re a little more knowledgeable of Hulk-lore, you’ll know that there are other Hulks currently residing in Banner’s little noggin, and each is intended to be some element of him that he’s repressing (usually, it depends on the writer).

Merely SOME of the multicoloured monster men that have appeared so far.

Amongst the Asian immigrant community, there is an undercurrent of repression that’s common to a lot of us. We’re encouraged to repress various parts of ourselves (our creative sides, our athletic sides, etc.) in order to do something “useful.”

You name it, we repress it.

And obviously this isn’t exactly a healthy thing to do. Just as Bruce Banner’s various traumas have resulted in a shattered psyche of multicoloured monster men, our repression has resulted in… not so good things. There’s a reason why there are so many Asian faces in the “mass shooter” demographic. I don’t want to make light of something so tragic, especially considering the recent events in the U.S., so I’ll just leave this line of thought here and move onto the next one.

Bruce Banner had a traumatic childhood. Abusive father, mother killed by said abusive father, then Bruce killed him, only for Brian Banner to come back and haunt him (sometimes a ghost, other times as a giant lizard-beast that grows stronger the more Bruce Banner fears him). The monster that was Brian Banner was created through a series of events and choices. His own father abused him, the stresses of his job lead him to alcoholism, and he lashed out at his loved ones.

Pictured: the choices that we make that lead us on the path to becoming monsters.

When you’re raising kids in a place where you don’t speak the language, you’re gonna deal with shortcomings in your patience. And I think some of the choices that we make, whether it’s alcoholism, abuse or — all the things that any human is prone to, but at the same time having kids speak a language that you don’t understand.

Here’s where we’re going to get a little less literal.

Brian Banner obviously spoke English, as did Bruce, but Brian suffered from delusions, and when you’re trying to understand a person through the lens of delusional thought, they may as well be speaking another language.

Growing up, my family had a lot of strange customs; we couldn’t sleep with our hair wet, even up until the age of seventeen, we couldn’t have sleepovers with same-sex friends, I could go on. These customs made no sense to me. I literally could not parse out the logic behind them and my family couldn’t explain it to me because that’s just “how it was done”. It honestly felt like I was living with delusional parents who spoke an entirely different language to people in general.

Brian Banner believed in some kind of hereditary “monster gene” that could be passed down through his line. His father was a monster (according to him) and he saw Bruce as a monster (though I’m unsure if he included himself in that category). Everything he did led back to that delusion in some way. The abuse he heaped upon his wife and child? It was because he believed in that delusion.

Whilst I doubt that any Asian kid out there literally had a father like Brian Banner, I’m sure many Asian kids ­felt like they had a father like Brian Banner, especially when we’re still idiot children who have no sense of perspective. Having a parent who you can’t seem to understand, no matter how hard you try, can be difficult. And at times, they turn into monsters because of it.

Unfortunately, this is where the link to this aspect of the Asian immigrant experience breaks down because from this point, the story of Brian Banner and his son Bruce delves into topics like the cycle of abuse, becoming/not becoming our parents and the physical embodiment of the chaos and nothingness that preceded creation coming to our world in order to destroy all creation.

You know, the kind of stuff that you see in any maudlin made-for-TV drama that you watched when you were at home sick.

But, these stories don’t have to be a 1:1 reflection of our lives in order to resonate. All it takes is just one element that rings true to you.

The Hulk is a complex character with numerous different interpretations by different writers (Greg Pak’s is the best, fight me on this) and we all have our own favourite version of him (Amadeus Cho is better than Bruce Banner, I will fight you on this point as well). Because of this, the Hulk can be many different things, including a metaphor for my experiences growing up.

And that’s what makes him one of my favourite superheroes.

DREDD and the War on Drugs Previous
The Cutting Room: Jason Horton and THE CAMPUS Next