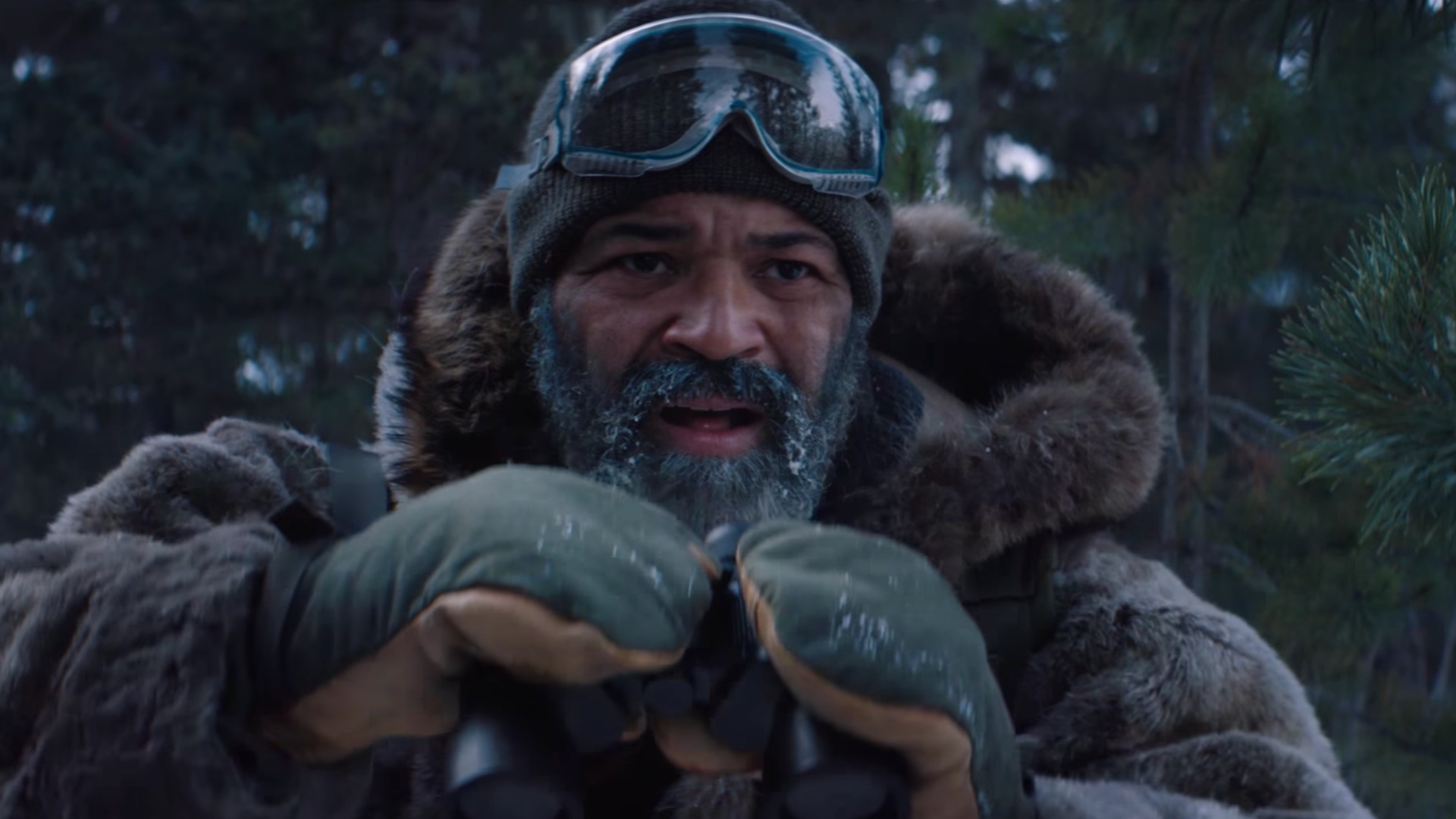 September is a bit of a dumpster fire when it comes to new theatrical releases. While the blockbuster window has now expanded to include basically every month from February to August as well as November and December, this month remains a dumping ground for poorly received blockbusters, bad horror movies that can’t even get an October release date, and dramas that studios have decided aren’t good enough for awards consideration. So, outside of the new dope-looking Predator film from Shane Black, we’ve got ourselves a month of nothing ahead.

Instead of wallowing in the lack of options at the multiplex, lets instead look at what is available at home. There are a bunch of good options coming arriving this month, as well as some great films already available to stream. So let’s take a quick look at what we’ve got available at the click of a remote.

What else can I say about Black Panther that hasn’t been said before? Ryan Coogler’s third film (after the excellent Creed and harrowing Fruitvale Station) is an announcement to the world that we are, in fact, in the midst of the career of an all-time great filmmaker. At its best, Black Panther is a fully realized afro-futuristic, generational shakespearean epic that pushes the boundaries of what the Marvel Cinematic Universe can be. And even when the film eventually gets bogged down by a studio-mandated formulaic finale, Coogler brings the whole thing to life and is constantly pushing against the ceiling. It’s a film that manages to balance the large-scale sci-fi epic nature of its story with a deeply personal thematic core. Black Panther is exactly the film people who complain about the four-quadrant nature of the MCU have been longing for.

Personally? I was not the biggest fan of A Wrinkle in Time. Much like Ryan in his review, I found the film itself to be lacking but admired the earnestness at the heart of the film. But I also know a lot of people, my wife included, who deeply loved it and who believe it captures the spirit of L’Engle’s while updating it for the 21st Century. And as Mavis put it in our mid-year “Best Of” article “This is a Labyrinth/Dark Crystal-like cult-classic in the making, a film to be discovered on home video and streaming that will worm its way into the hearts of people for a long time.” There’s a good chance that you, reader, are not a cold-hearted bastard like me, so give A Wrinkle in Time a chance and let its love and catharsis wash over you.

There have been a lot of Netflix Original Movies that have come out, and of recent a lot of really exceptional filmmakers have joined that party. Jody Hill, Ben Young, Duncan Jones, and Adam Wingard — all extremely talented filmmakers — have directed a film for Netflix over the past year of so. Unfortunately, these filmmaker’s Netflix joints have been, essentially, the worst of their filmography thus far.

I say this because there is reason to doubt Jeremy Saulnier will not suffer a worse fate with his Netflix Original Hold the Dark. Saulnier is a great filmmaker, and Green Room and Blue Ruin are evidence of this. But there seems to be a hex over Netflix and a lot of their original films of late, especially those involving young, up and coming directors. But then again, had it not been for some elitist jerks in France not wanting their precious films to be seen by the masses at the same time they’re screened for who they deem the elite, Hold the Dark would have already been released after a premiere at Cannes. So it sounds like (and looks like) this one could be pretty damn good.

To All the Boys I’ve Loved Before – Netflix

I haven’t actually seen this one, but my wife1 absolutely adores this film. She’s already watched it twice and genuinely believes it could become one of her new “bad day” movies. I’ll let her take it from here:

To All the Boys I’ve Loved Before is the perfect “yoga pants and a glass of wine” teenage rom-com. It’s the kind of fantasy romance that all teenage girls dreamed about at least once a day before they grew up and realize how complicated and nuanced real-life love stories can be. The humor and cuteness is balanced, and the film foregoes the typical raunchiness of the genre that would make you feel like a creep for watching a love story about kids. So get your girl friends together, eat a pan of brownies, and bask in the warm glow of “happily ever after.”

Look, I’ve been over this before. Watch Cory Bowles’ Black Cop. It’s a shaggy and messy film and in no way is it “perfect.” But other than Strange Brew (available now on Filmstruck), what film is? It’s an angry film whose negative energy flows through every facet of the production. The directing is inspired — the way Bowles weaves a traditional narrative and sequences of avante-garde spoken word segments without it feeling pretentious or “student film thesis-y” is remarkable. You don’t even have to spend any money on it! I promise, if you watch it I’ll stop accosting you at home, the grocery store, at your children’s birthday parties. Just please, please watch it.

Another Netflix Original, Cargo is the exact opposite of what I described when it came to my fears about Hold the Dark. The zombie genre has, in the past few years, has been so overplayed and strip-mined of anything resembling originality that it’s almost refreshing when a film like Cargo comes around and is, y’know, good. Starring Martin Freeman (aka one of the two white guys in Black Panther) as a father whose only goal is to make sure his precious “cargo,” his 1-year-old daughter Rosie, survives. The film is a slow burn, with Freeman’s character Andy being bitten early on by his now-zombified wife — leading to essentially a slow race against time in order to get his daughter safe. The film itself is based on a director’s Ben Howling and Yolanda Ramke’s previous short film, but it doesn’t suffer from the typical issues when a short is extended to a feature length. The narrative is a bit episodic at times, but the constant throughline of Andy’s inevitable decline and his ever-present fear for Rosie provide enough to keep the film’s momentum going.

Another film, like Black Cop, that I caught at Phoenix Film Festival back in April, Crime + Punishment is an exemplary documentary that focuses on how difficult it is to fix broken systems from the inside. A lot of talk of recent has been about BlacKkKlansman and whether or not it was realistic (as opposed to fantastical) to depict a black police officer changing police behavior towards people of color from inside the precinct. Crime + Punishment serves almost like an epilogue to BlacKkKlansman as it depicts the struggle 12 black NYPD officers faced when whistleblowing on the various practices cops followed that were supposed to be previously banished for being discriminatory — as well as newfound practices that targeted those in the black community. “Courage” is a term that gets thrown around a lot when discussing first responders, and there is nothing more courageous than what the so-called “NYPD 12” attempted to do.

Finally, given the vivacious acclaim that Spike Lee has received for his aforementioned latest joint BlackkKlansman, I’d be remiss if I didn’t bring up his other 2018 film that is just as good, if not better. From a distance, Pass Over looks nothing more than just a filmed version of a play, something that feels inherently uncinematic. But Spike Lee doesn’t believe in the word “uncinematic.” Spike’s camerawork is marvelous and lively as always, and his lens captures the true essence of live theater. That feeling of being in the same room as actors giving their all. The rawness of all the emotions and decisions being made by the writers, stage directors, and performers.

The play, written by Antoinette Nwandu, is a stunning work that is both a critique of American racial history as well as the modern day consequences of the centuries of racism that we see every day. The film takes place on 64th Street and Martin Luther King Jr. Drive in case you were worried that there would be subtlety here. A white police officer harasses our two innocent black male protagonists (Moses and Kitch); a dapper-looking white man (this guy is whiter than bleached porcelain and is appropriately named “Master”) shares his food with Moses and Kitch only to take it away when he isn’t allowed to say the “N word.” It’s occasionally hilarious, often sweet, and by the end overwhelmingly aggravating in a way that only a Spike Lee Joint can be. Nwandu’s play itself is stunning, and Lee doesn’t necessarily “elevate” the material as much as bring it to the screen with a cinematic verve. There’s zero doubt that in a lesser filmmaker’s hands Pass Over would be merely a multi-shot live performance. But Lee has always been a master of pure cinema, and Pass Over is one of his all-time great films.

In addition to this, there are a lot of great classic films available (The Godfather, Jurassic Park, and Touch of Evil on Netflix; Jaws, The Hunt for Red October, the Indiana Jones films on Amazon) as well as modern day greats like Ex Machina and No Country for Old Men (Netflix) or There Will be Blood and Star Trek Beyond (Amazon Prime). And if you missed any of the Oscar nominated films last year, you’re in luck as many of them will be streaming this month: Lady Bird is currently on Amazon Prime while Dunkirk, Three Billboards, and Darkest Hour are currently on HBO Go. In addition The Shape of Water and Phantom Thread will be joining the HBO crowd on the 22nd and 29th, respectively.

So while the movie theaters might not have anything worth seeing this month — and don’t worry Lewton Bus will report if there is anything — you can rest assured that there are dozens of worthwhile options right at your fingertips.