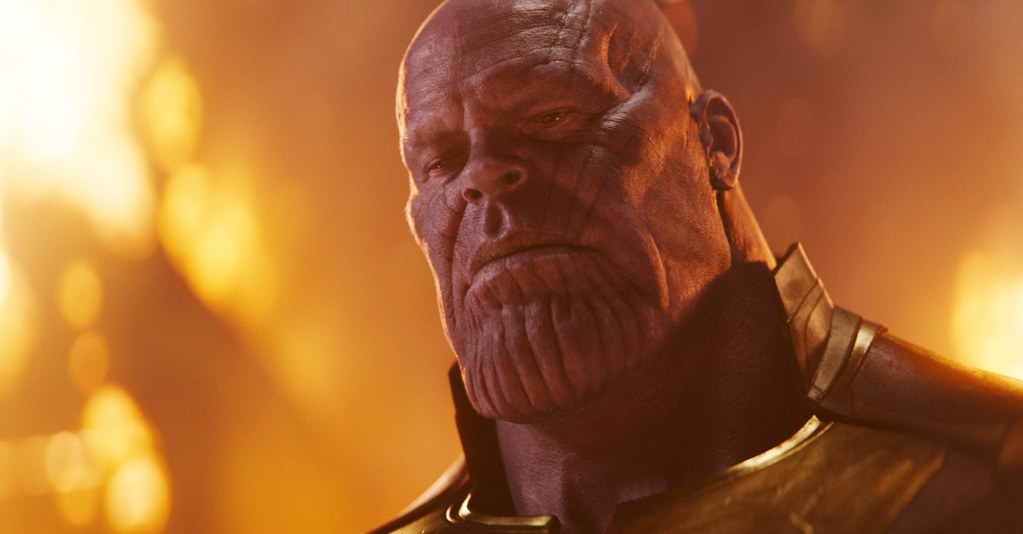 This isn’t a review of Avengers: Infinity War.  Lewton Bus already published one of those. It’s really good and I don’t intend to try to replace it. If you want to read about the merits of the film, the performances, or read about a single actor’s performance, you should read it.  But I believe a critic’s job is not merely to engage the artist but also to engage other critics, and once in a while I read a piece of criticism that warrants response.  This past week was one of those instances.

If you’re like me, there’s nothing you enjoy more than being talked down to by someone who thinks he’s better than the movie he’s reviewing.  So, I was thrilled to read Richard Brody’s review of Infinity War in the New Yorker.

While the review was bad enough, the tweets promoting it have been insufferable.  Choosing to highlight the most miss-the-point-theatre, incendiary, and condescending remarks of a critic whom a colleague describes as “the Snobbiest Snob who ever Snobbed,” the responses to the tweets have been comedy gold.  My second-favorite was the writer who responded “People like this are why we’ve all seen Batman’s parents die 8 million times.”1

People like this are why we’ve all seen Batman’s parents die 8 million times. https://t.co/uPgfGrJyMv

I should start by noting that if you’re concerned about spoilers, you shouldn’t read this. To discuss the film with the depth required of a response to this childish hatchet-job, that basically attacked the movie for not being My Dinner with Andre, I’m going to discuss some plot points, a few of which happen at the end of the film and are legitimate spoilers, and some that reveal significant turns in the movie.

What’s most frustrating about the piece is that if you read the entire thing through, Brody does eventually engage with the substance of the film, raising the imminently reasonable criticism that the emotional impact of the film is dulled by the fact that we all know that the power to control time is in play, and thus everyone who dies at the end of the film (at least) and possibly prior to that may return from beyond the pale.  But on his way to that legitimate criticism, he insults the film, its fans, and the idea of doing a film that isn’t entirely self-contained.

Let’s begin with that first issue.  Brody spends a substantial portion of his review complaining about how the film isn’t entirely self-contained, going so far as to grouse, “Not only does ‘Avengers: Infinity War’ presume that viewers have seen all the preceding films in the Marvel series but, worse, it presumes that they’ve thought about them afterward.”  Let’s put aside that, based on my enjoyment of the film, one needn’t have watched all the previous Marvel films to enjoy this one.  I’ve missed almost as many as I’ve seen.  I’ve seen no Thor movies, the first Captain America, the last Iron Man, and probably a couple others I don’t remember.  I still followed the film just fine.  Perhaps, I might not have recognized the cameo by a supporting character from the first Captain America if I hadn’t read the comics, but I don’t think it would have mattered.

That his implication that no one who ever watched the movies thought about them is insulting, derisive, and dismissive of the intelligence of a few hundred-million people world-wide is a whole other issue.  Most of the people I know who watched the movies talked about them in a way that suggested they’d thought about them, at least narratively, and, in many instances, philosophically.  The fact that we have two posts on this website discussing Doctor Strange, one from a Christian perspective and one from the narrative perspective of HP Lovecraft, and the fact that those pieces got a decent amount of traffic, suggests someone is thinking about these movies.

But I digress.  He ignores entirely that the fact that the film wasn’t entirely self-contained let Infinity War do something that I’ve never seen a film do before.  Infinity War has a cast of over 25 characters in whom the audience was emotionally invested.  Imagine trying to do that in a self-contained movie.  Presuming that it’s possible to build such a connection without ever having only one character on screen and that doing so only requires a character to have the focal point of a scene for five minutes, and the rest can be done with them in the background of a scene, the exposition to build those connections would take over two hours.  Then you could get into the central conflict.

Brody also spends a substantial portion of the review grousing about what the film isn’t.  He complains that the score needs to be eighties hair metal.2  That’s certainly an opinion.  It’s an opinion of someone who absolutely ignored that there was anything bigger going on than what he saw in the film, an opinion which is only possible if you absolutely ignore both the context of the film and the relationships between characters in the film. “Its characters aren’t introduced; they just show up, and their behavior is entirely defined by the template set for them in other movies.” Such a “criticism” is beyond shallow and falls into the category of vapid.  Of course the characters aren’t introduced.  There have been ten years and eighteen previous films introducing them. There’s no need to waste time, and they’re not “defined by templates,” they’re characters with ends they want to achieve.

What’s most frustrating is that if you didn’t like the movie there are reasonable things to take issue with.  There’s a textbook fridging that happens partway through the movie, and it’s practically telegraphed that it will be a fridging, and that the male character in question will act in response.  When the scene occurs where the male character reacts, it is both obvious and predictable the manner and result of his action.  There is the legitimate criticism that he makes so late in the piece that half the readers I know had rage quit about the ending of the movie lacking its emotional impact because of the time-travel and the pending sequel.

In Brody’s defense, several colleagues at Lewton Bus have brought up the point that it may be unfair to expect a critic to have seen all the previous films prior to seeing what might be the biggest film ever.  To that I would answer that if Brody hasn’t seen all of them, he’s seen a few.  He reviewed the Avengers, the most recent Iron Man, Captain America: Civil War, and a couple others to boot.  But, I’m going to go further — I disagree with the premise.  It isn’t unreasonable to think that a critic should have seen enough of the previous films to understand Infinity War.  Being a film critic, like being a lawyer, a tattoo artist, a novelist, or any other career that requires you engage in the writing, literary, creative, or artistic process, sometimes requires doing homework.

Even if it’s unfair to expect a critic at a magazine that was once a major maker of taste to understand the subject he’s criticizing, I don’t think that would redeem this ridiculous New Yorker piece.  That would merely shift the blame from the writer to the publisher.  Brody isn’t the only critic who writes for the New Yorker.  He’s not the only critic who writes for the New Yorker and published a review of a film set in the Marvel Cinematic Universe.  Even if he were, the editorial staff of the New Yorker certainly had the option of sending someone else — someone willing to sit down and engage the Marvel Cinematic Universe prior to watching the film that is a culmination of ten years and 18 films of storytelling.  Instead, we got Richard Brody and his $10 dollar words and his 2 cent thoughts.

WESTWORLD Season 2 - Virtù e Fortuna Previous
SOLO, at Odds With its Own Title, Gets TWO New Clips Next