A Requiem for SLEEPWALKERS

Will It Put You to Sleep, or Keep You Up At Night? 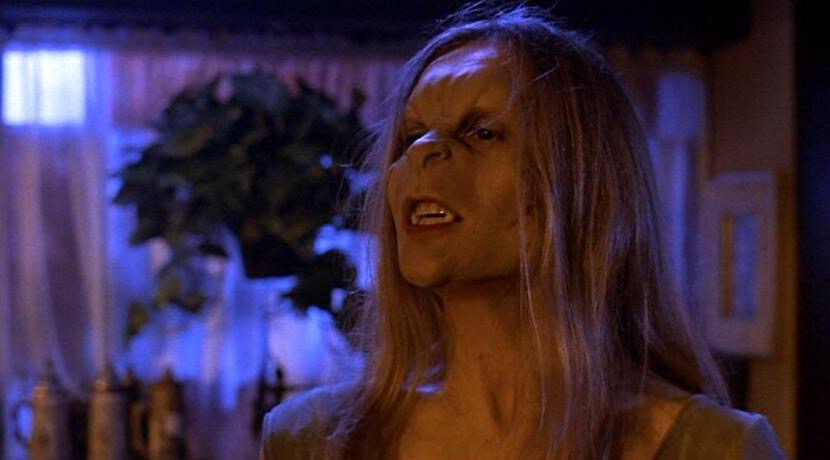 Stephen King fans are no strangers to adaptations of his work that are bad, weird, and in some cases barely connected at all, but in 1992 we were introduced to a new kind of King film: an original screenplay, entitled Sleepwalkers. The purest King onscreen to come before was the goofily enjoyable Maximum Overdrive, which was adapted from a short story, but directed by the man himself. This time out he stuck to just writing, with the reigns being taken by longtime King directorial mainstay, Mick Garris.

Of course, I barely knew any of this in 1992. It was my thirteenth birthday, I was a recently minted Constant Reader, and I had decided that I was now ready to see something more adult than another Teenage Mutant Ninja Turtles movie. This ticked all of the boxes, and so my Dad stuffed me and my three best friends into the car and drove us into the city for our first big screen horror experience.

One thing to know about me is that up until only a few months before this I was a kid who was afraid of everything. The dark, the ceiling fan, a doll on the shelf, the Snidely Whiplash animatronic character at the entrance to Bullwinkle’s Restaurant1, the wax Superman at Madame Tussauds, the neighbour kid with the buck teeth, birds, dogs, loud noises, trees, and on and on. Even just descriptions of horror movies like A Nightmare on Elm Street 3, or Tremors (yes, Tremors) were enough to cause heart palpitations and cold sweats, so before this moment the idea of actually watching a horror film was not just foreign, but completely extraterrestrial (aliens also scared the living bejeezus out of me, and still kind of do).

So it’s not hard to see that before the previews 2 were over we were all well and truly terrified and fully primed for what was to come next.

Still, even through my terror at the opening scene I was able to recognize LUKE SKYWALKER! Yes, there was Mark Hamill dressed as a county sheriff or deputy (it’s been a few years, so bear with me) investigating a creepy old house full of dead cats strung up and nailed to walls, flies buzzing incessantly leading us to the first jump scare of, you guessed it, a g**damn cat that had us all burying our faces in our hands.

Who wasn’t excited to see Mark Hamill in a Stephen King film?

Still, if Luke Skywalker was here, it would be okay, right?

Except that’s the last we see of dear old Mark Hamill as he had to run off and voice the Joker on Batman The Animated Series, leaving us poor souls to fend for ourselves against incestuous cat demons (or something), all while we hoped for a late film return, lightsaber swinging as Sleepwalk by Santo & Johnny played on an old Victrola.

The main plot of the film involves a mother (Alice Krige) and her son (Brian Bland Krause) who are demonic shapeshifters and may or may not actually be mother and son moving from small town to small town so that the son can seduce a virgin (Madchin Amick), steal her life force, and then transfer it to his “mother”. But they have to work fast because if they stick around too long they risk attracting unwanted attention. From the town’s cat population. Who then just hang out on their front lawn like some weird remake of The Birds, waiting for their moment to strike as the shapeshifters can only be killed by said cats – I think. Why they stay their attack is beyond me, but I assume they must be waiting for Mr. Snuffle Guts to drag his fat ass out of bed and across town before they can start the show.

But look, at 13 years old this all made perfect sense to me. Or at least, it didn’t matter if it didn’t because so far we had MF Mark Hamill, followed by an invisible car that then became a different car (it’s like the shapeshifters had force powers or something), some dude gets his hand cut off, Ron Perlman3 has his fingers bitten off, another dude has a pencil shoved in his ear, there was fleshy shapeshifter sex, and a clowder of cats (eventually) slices up the bad guys. There’s probably some other good stuff that happened, but those are the moments that have stuck with me for the last 25 years.

As of this writing Sleepwalkers sits at a dismal and deserved 15% on Rotten Tomatoes, and is unlikely to ever budge, but in my heart it has reached a slightly more respectable 28% simply by virtue of being my first theatrical horror film. It was a film that helped to solidify my interest in horror after it had already been cracked open by the printed prose of Stephen King, an interest that would continue the following year when I picked Romero’s adaptation of The Dark Half as my birthday film, and beyond as I slowly widened my interest and my knowledge of the genre. Ironically it was the very interest it helped to foster that later revealed it as the poor horror film that it is, but still, you’ve gotta start somewhere, right?