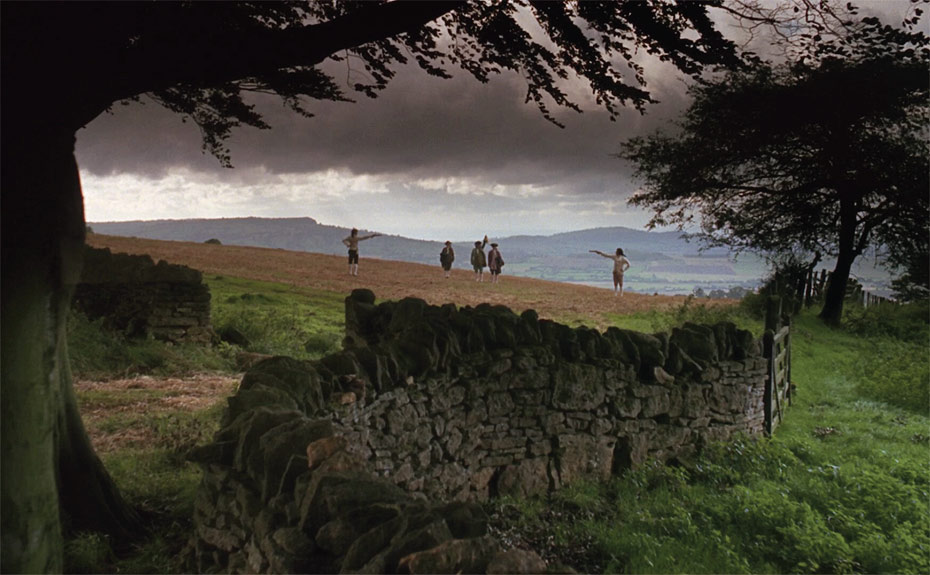 Stanley Kubrick is rightfully revered by many as one of the greatest, if not the greatest, filmmakers of all time. Over the course of his career spanning five decades, his filmmaking prowess only continued to grow endlessly as he delved further and further into his rigid, hyper-formal aesthetics that entranced an entire generation. You could name any of Kubrick’s last ten films as your favorite, and no one would have anything to say about the choice.

But when people discuss the man’s work, there’s usually a certain few films that come to mind. His hilarious nightmarish Cold War satire, Dr. Strangelove. His groundbreaking and mind-bending science fiction epic, 2001: A Space Odyssey. His satirical dystopian vision of a society gone mad in A Clockwork Orange. This author’s personal favorite, his magnificent puzzle box of domestic and supernatural horror, The Shining.

However, what often gets overlooked in the discussion is the rest of his filmography, which is also loaded with near-masterpieces of their respective forms too. His take on film noir in The Killing. His explorations of war in Paths of Glory and Full Metal Jacket. His somewhat-compromised-but-still-impressive mounting of the traditional historical epic in Spartacus. His deeply subtextual, careful adaptation of Nabokov’s Lolita. His final, magnificent exploration of love and desire in Eyes Wide Shut.

And then there’s Barry Lyndon.

Look at this fucking shot. The whole damn movie is like this.

To my mind, Barry Lyndon is easily one of Kubrick’s most towering achievements, a lavish and stunningly beautiful period drama whose detailed and extensive production design is only matched by its groundbreaking cinematography, shot composition and glorious use of natural lighting. There are endless shots in the film that are absolutely majestic, with Kubrick specifically drawing influence from the paintings of William Hogarth. The movie also has all the other typical detailed stylings of a Kubrick film, with endlessly interesting things going on within the frame, the camera carefully zooming out slowly from the initial picture to reveal the larger mural. There is also Kubrick’s typical usage of classical compositions in lieu of a film score, most notably George Frideric Handel’s Sarabande as the “main title” piece.

But above all, there is one reason that I truly think Barry Lyndon is the most misunderstood film of Kubrick’s career, and why it flopped in its heyday and has probably been overlooked by many, and that’s that the film… isn’t quite the movie it’s advertised as. Oh, it’s a lavish period drama telling the rise and fall of an ambitious and duplicitous 18th century Irish rogue in and out of English high society, don’t get me wrong, but it’s also something else entirely.

It is a dark comedy.

Don’t believe me? Well, have a gander at this gif:

No, this is not from a Monty Python or Mel Brooks movie

Almost all of the choices in Barry Lyndon, from the shot composition to the performances to the writing, are infused with a biting, absurdist sarcasm that reflects the smug, dickish nature of its title character. The film literally opens with a sequence in which our titular “hero”, Redmond Barry (played vacantly by Ryan O’Neal, but in a way that works splendidly to his director’s purpose) embarrassingly enters into a sexual tryst with his own cousin (while the narrator soothingly speaks of the pangs and emotions of first love). From there, the movie spends much of its Part I (titled “By What Means Redmond Barry Acquired the Style and Title of Barry Lyndon”, which doesn’t actually happen until the final minutes of the segment, in case you didn’t believe this movie was a magnificent asshole) ping-ponging from incident to incident, structured very much like a more plain-faced comedy. Barry gets into such hijinks as a duel with a hilariously haughty British officer (the guy in the above gif making the Monty Python stare), getting robbed by the infamous Captain Feeney, an absurdly polite highwayman (the reaction shots in this scene are hysterically funny), joining and then deserting two different armies (including one desertion involving stealing clothes from two naked men just chatting lovingly in a pond), becoming a willing accomplice to a cheating gambler and generally being an all-around lying, opportunistic dickbag. And all the while the narrator croons about Barry’s aspirations to become “a true gentleman”, while in reality he’s not doing anything of the sort and knows it.

Seriously that natural lighting tho. This movie is like the equivalent of kicking The Revenant repeatedly in the balls 40 years early.

Kubrick, meanwhile, is just having a blast with all this, gleefully establishing the duplicitiousness at the heart of his title character and eviscerating the bullshit niceties and absurd customs of 18th century English society along the way. Between all the powdered wigs, the rigidly formal duels, the goofy as hell makeup and moles and the utterly bullshit niceties, it is clear that Kubrick does not think particularly highly of this era in history.

And then Part I comes to an end as we meet the wealthy and beautiful Countess of Lyndon (a wonderfully dignified Marisa Berenson), just as Barry sweeps her off her feet to finally achieve the status he always wanted, taking the titular title as his new name. And here Barry Lyndon, after a brief intermission, heads into Part II (“Containing an Account of the Misfortunes and Disasters Which Befell Barry Lyndon”, in case you forgot this was a comedy).

Whereas Part I was largely a collection of incidents that led to Barry’s ascent up the societal ladder, Part II, as many Kubrick films do, essentially flips the script, with the back half, as the title implies, representing Barry’s decline. Barry has a loveless sham marriage, squanders the majority of his wife’s fortune and racks up an enormous amount of debts, runs afoul of his stepson Lord Bullingdon, a frail boy with a somewhat troubling Oedipal obsession, tries and fails to ascend the ladder of high society (with Kubrick continuing his potshots at the false niceties and obsession with decorum of the time) has and loses a son (whose goodbye scene represents the most genuinely affecting moment of the film), and finally, Bullingdon returns to seek his satisfaction. Throughout, there are many explosive moments of comedy (Barry beating the piss out of Bullingdon in public is a masterfully directed farce) and genuine pathos (Barry, for all his faults and lies, really did love his son), before bringing us to the climactic scene, the duel between Barry and young Bullingdon (which, as is the Kubrickian way, mirrors the duel between Barry and the late Captain John Quin). Seriously, watch this whole thing:

The entire sequence is a masterful, almost unbelievable mixture of comedy of delay and unbearable tension. Kubrick delights in the repetitive, futile nature of the duels of the time, with their rigid formality and rules, and brutally violent yet clinical approach to settling disputes. When Bullingdon briefly abandons his post in terror to vomit, the onlookers share a weary glance that is deeply, deeply hilarious and sad. Barry gets his one true moment of altruism when he fires his gun into the ground, refusing to kill his stepson, and is rewarded with a lost leg, because the universe of the film is just as much of a dick as he is. Barry is compelled to leave England forever to avoid his debts, with Bullingdon granting him a small annual payment to leave his mother in peace. He heads to the main European continent to become a gambler once again, only this time he has no success, because the universe of Barry Lyndon is such a magnificent asshole.

And in case you didn’t catch that, the final shot of Barry in the film is a freeze frame shot of his ass as he gets into a cab.

And in case you’re still not getting it, the movie gives us one final title card as an Epilogue. I’ll let that speak for itself.

“None of this mattered, they were all shits, everybody’s dead, fuck them, and fuck you too.”

That, I think, pretty much sums it up.

There Was an Idea... DOCTOR STRANGE: Finding Faith in... Previous
King and Kubrick: Adapting The Shining Next

A Look at the Legacy of a Master

King and Kubrick: Adapting The Shining

Two Sides of the Same Coin