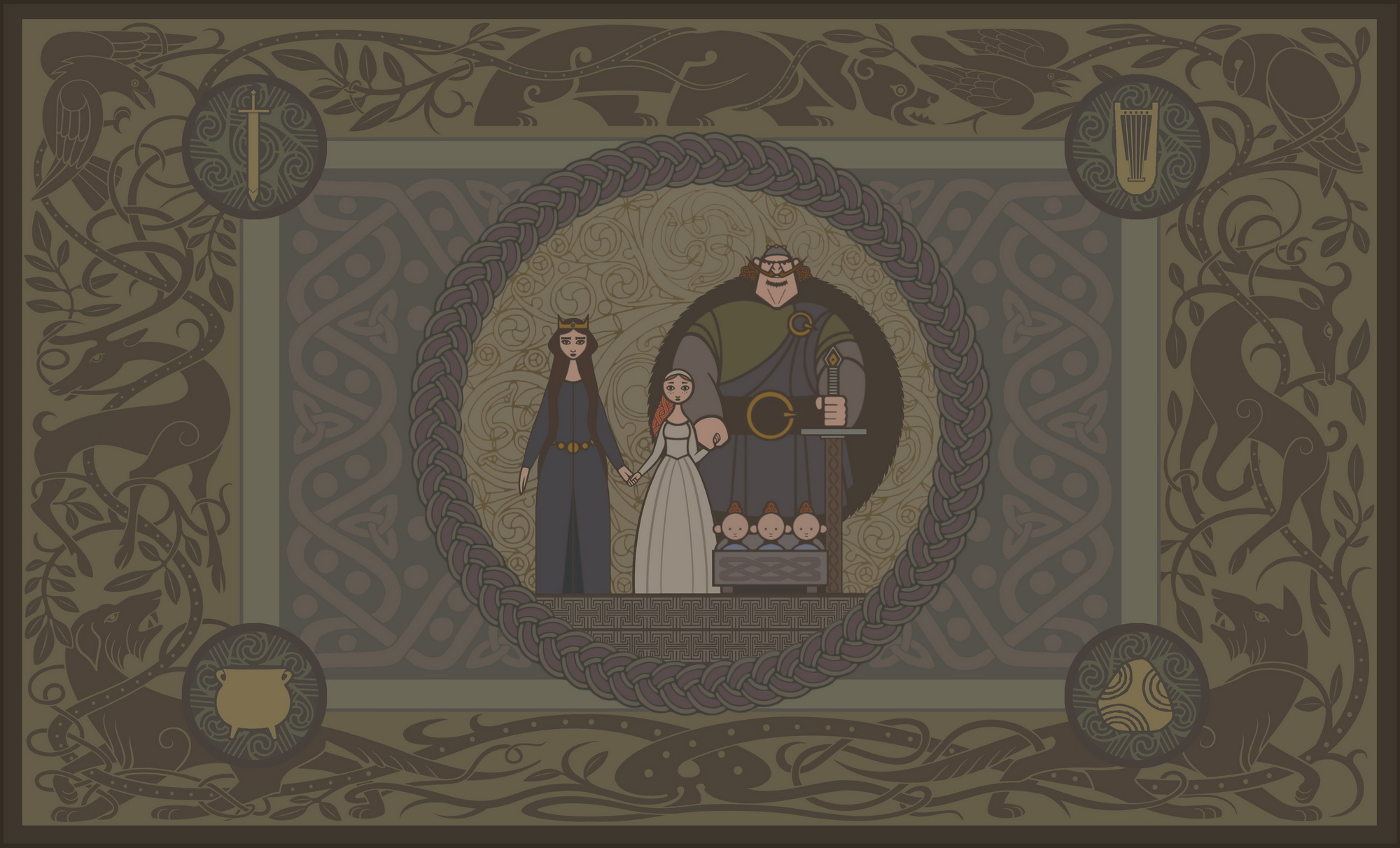 The following contains spoilers for Brave. Go watch it already if you haven’t.

Over the past several years, I’ve run into a particularly frustrating criticism of Brave from two different men: that it fails as a female-empowerment movie because Merida saves the day by sewing, a traditionally female activity. There are two major problems with this interpretation, and I’ll tackle the most obvious one first.

Dude, the five-year-old sitting in front of me in the theater understood that the bond torn by pride was not in the tapestry, and it couldn’t be mended with a needle and thread. You know how she figured that out? Because Elinor stayed ursine when Merida flung the repaired tapestry over her, and didn’t become human again until Merida mended the real bond: the one between mother and daughter. Apologies, honesty, understanding, and cooperation were the tools there—same as they were in repairing the diplomatic rift between the lords and Clan Dunbroch—not sewing implements. This is not deep meaningful film criticism. This is a basic story element easily understood by small children. Why the hell didn’t you get it?

Unfortunately, the answer to that question lies in a bigger societal problem. The dismissal of sewing as “menial labor” or something that demeans a woman who performs it might seem like a petty thing to complain about, but it’s actually a huge deal, one that is reflected in Brave’s critical reception and how we think about femininity and masculinity in our culture. It’s also something addressed beautifully by the movie.

For centuries, sewing—making clothing, quilts, tapestries, needlepoint, you name it—was one of the very few artistic outlets allowed to women. Even in the 21st century, this remains true. The woman who has won the most Academy Awards over her lifetime? Edith Head, all eight for Best Costume Design. It is also one of the few categories in which women have anything like parity with men. And as with practically everything that women traditionally excel at, we view it as trivial, unimportant, a mere “technical” Oscar. We sneer at the movies that do it best as silly “costume dramas.”

Never mind that sewing was one of the major developments in human evolution, allowing us to survive through two Ice Ages as a species. Never mind that up until fairly recently, a man who wasn’t independently wealthy relied on the women in his life to ensure that he didn’t go naked. Never mind that clothes really do make the man, that a poorly-cut suit or a sexy dress can instantly convey everything about a character on screen, regardless of the shortcomings of a given actor.

More broadly speaking, we tend to dismiss anything feminine as trivial, worthless, and menial. Things that have been traditionally masculine and become feminine end up degraded and devalued—for instance, secretarial or teaching positions. The things that we laud and praise are almost exclusively male-oriented or dominated professions and traits. This is not an accident. It is bullshit, however, and Brave calls it out.

There is a tendency in art aimed at young women to praise tomboys at the expense of girly-girls, to promote girls who excel at traditionally male tasks by emphasizing how bad they are at that sissy girly stuff. It may encourage young women to go beyond the bounds of circumscribed feminine roles, but it has the unpleasant side effect of reinforcing the message that girl stuff is bad, whereas boy stuff is good or even normalized. One of the best things about Brave is that it emphasizes how important it is for women to expand beyond their prescribed boundaries (Hit those targets! Climb those mountains!) but also reiterates that it is fine and good to excel within them as well. Speak softly, act diplomatically, and when you need to unleash a mother’s rage to take out the threat to your kingdom, use an enormous standing stone.

Merida’s lousy sewing did not save the day, but neither did her archery, any more than Elinor’s needlework merely created pretty tapestries. It was the method by which she recorded the events that happened to her, to pass on to future generations. It is a form of visual storytelling like the movie itself, and to dismiss either is to miss a lot about what makes both great.

RATATOUILLE: 10 Years of Championing the Unlikely Artist Previous
Review: THE BOOK OF HENRY Next