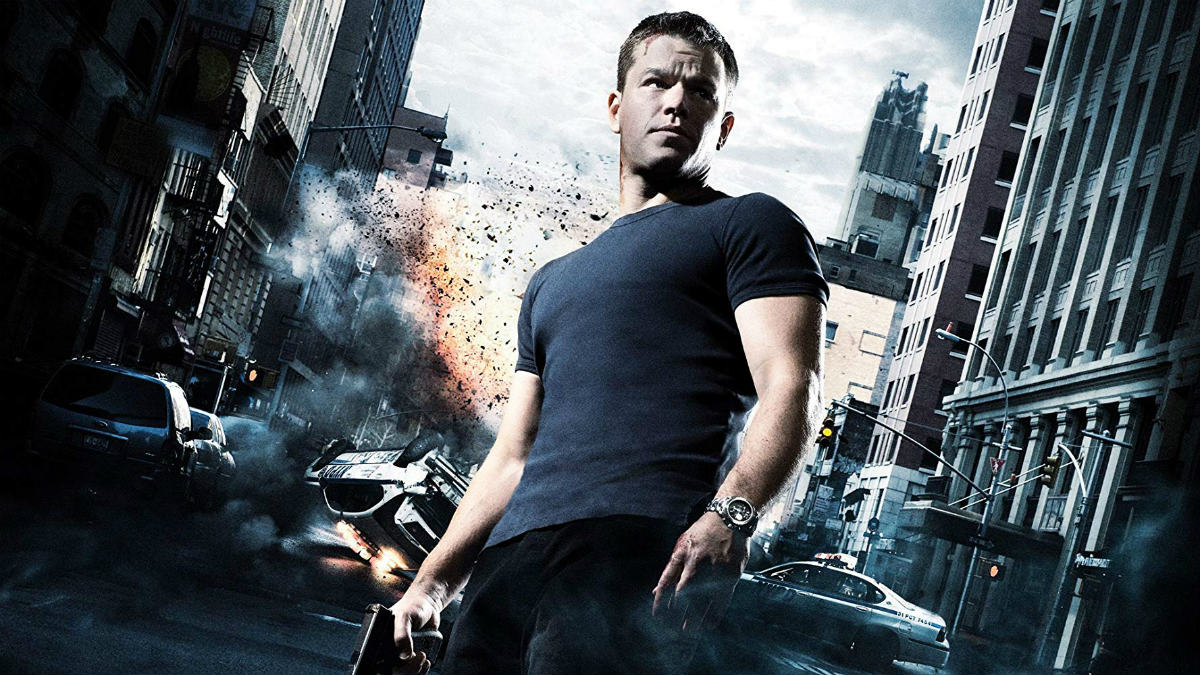 The first element that made Doug Liman’s film stand out is the casting of its protagonist. In a landscape used to Adonis-esque leading men like Jean-Claude Van Damme or Dwayne Johnson, Matt Damon, who was known mostly for “average Joe” and “nerdy” roles, was an exciting and offbeat choice to carry an action franchise. Damon’s everyman charisma made Jason Bourne and his world feel instantly accessible and grounded.

Another strength is Jason’s conflict. Action movies tend to be driven by external factors. For instance, a loved one in danger or a terrorist organization planning a major conspiracy. But The Bourne Identity went for a different angle. Jason himself was the source of the chaos. His goal was to remember who he was and what lead him to become the CIA’s number one target. This character-driven approach motivated the audience to keep their eyes peeled for any details that would help them to get closer to the answer.

Even though Liman succeeded in setting the rules and tone for Bourne, the franchise really came into its own when Paul Greengrass took over for the latter two entries: The Bourne Supremacy and The Bourne Ultimatum. The English director added a distinct personality that would set a new bar for action filmmaking. Not only did his frenetic cinematography and editing get you pumped for the fight scenes, it pulled you into them so you could feel like Jason’s experience was yours. Every punch, every bullet and every stab hurts and has a significant impact on how the rest of the sequence was going to unravel.

Of course, you can’t talk about action craftsmanship in Greengrass’ Bourne films without mentioning the revolutionary fight choreography and stunt coordination of Jeff Imada and Dan Bradley, respectively. The body language Damon brings to the role is that of a man who has become accustomed to violence and practices it with the most utmost normalcy. He’s fast, confident and strong, but there’s also an undercurrent of melancholy that says he’s not exactly enjoying these events.

Jason’s fighting style doesn’t have killing as its top priority. When he does take a life, it’s more because of practical reasons than moral ones. Every kill is given enough time to be properly assimilated by both Jason and the audience as a moment of heavy impact.

The vehicular chases, though much bigger in scale and momentary stakes, were just as informative as the fight scenes. They’re messy and overwhelming, mirroring Jason’s stress and the fact that he’s having a hard time keeping things in order inside his own mind.

One of Jason’s most prominent traits, and a good reason for why the action kicks as hard as it does, is his intelligence. His insight into human behavior and patterns is precise to the point of being unsettling. At the same time, his ability to predict people comes from a place of empathy. This is the element that allows him to maintain a sound moral compass when it comes to deciding who he hurts and who he helps.

Living on the edge of death made Jason a quick improviser, so he learned how to turn the household objects around him at any given time into weapons, giving the action a sense of unpredictability and familiarity. Getting a wound with a broken glass or a kitchen knife is a common experience for many of us, so the pain of the characters hits closer to home.

Like in any compelling spy story, beautiful locales are a notable part of the movies’ charm. However, they’re shot in a way that constantly conveys anxiety, since danger is lurking around every corner. This dynamic atmosphere quickly creates concern about Jason’s safety, as well as infusing the cities where he stays with an aura of paranoia.

But it’s not just the seamless blend of action and character on display that makes these films sing. Greengrass made sure the proceedings were accompanied by a strong thematic core that challenged the concept of masculinity often seen in action movies. As the story moves forward, we get to see that Jason wasn’t exactly a person worth rooting for. He murdered in cold blood without question and changed people’s lives for the worst in the process. But that’s because Jason was the victim of a system that forced him to repress his emotions and his sense of self (his real name is revealed to be David Webb) to make him the ultimate killing machine: a man whose idea of strength was lacking the capacity to feel. Jason joined the Treadstone project looking to serve his country, but ended up without any actual motivations since his life was driven by the men who treated him as a tool. When he suffered from depression and an existential crisis, these men didn’t care and hunted him down because he no longer served their agenda.

Jason’s journey is all about reparations. He was given a set of skills to do damage, and now it’s up to him to use them in an attempt to heal himself, deal with the consequences of his actions, and bring down an organization that strips men of their ability to cope with trauma. All of this is synthesized in the scene where Jason apologizes to Irena Neski for the murder of her parents. He could have moved on with his life and let Irena live with the idea that their parents committed suicide, which was hard enough on its own. However, apologizing was a necessary step to get closure from a life dedicated to inflict pain, even if it left Irena with a huge emotional scar. The destruction was done, but the least Jason could do was work to stop others from living his strife.

Throughout the course of the trilogy, Jason is attacked by expressionless assassins who remind him of the type of man he used to be. They never question the nature of their mission and kill whoever they’re assigned just because they’re supposed to. For the sake of his own survival, Jason takes them all out… until he faces off against Paz. By that point, Jason is fully aware of the context behind Treadstone, Blackbriar, and any other program designed to create the perfect assassins at the expense of the participants’ psychological well-being. He realizes that Paz is not different from him; he’s another broken man who deserves a path to redemption. Paz tries to kill Jason on several occasions, but Jason is the better agent and outsmarts him at every turn. Jason could have taken Paz’s life easily if he wanted to, and yet preferred to give him a chance. This compassion completes Jason’s transformation and marks a new beginning for him. One where he can find peace and forgive himself for all his transgressions.

The Bourne saga is complimented by the presence of CIA Task Force Chief Pamela Landy (brought to life by a commanding, but heartfelt Joan Allen performance), who has a compelling arc of her own. In The Bourne Supremacy, we meet Landy as a woman who’s devoted to her agency and takes its values for granted. At first, she doesn’t hesitate to consider Jason a threat and utilizes all her resources to bring him to justice. She eventually notices that Jason is evading her rather than attacking her, which leads her to discover that the corrupt individuals she works with are using Jason as a scapegoat for their own crimes. Landy is constantly patronized by her male colleagues, who were also complicit in traumatizing Jason and leaving him alone when he needed help. Her battle is different than Jason’s, but it comes from the same source. A structure where women are left on the margins and men are shaped by a toxic worldview to fulfill the CIA’s missions. The conflict overlap between Landy and Jason made them natural allies in The Bourne Ultimatum. Landy puts her loyalty to the CIA behind in order to prioritize the fight for accountability within it, even if she’s putting her own safety at risk.

It’s been more than 10 years since the Bourne trilogy came out, and its influence is still as prominent. The rough physicality, urgent pacing, raw aesthetics, as well as its desire to ask questions about male trauma and aggression are also notable characteristics in the Daniel Craig James Bond movies and Captain America: The Winter Soldier, to name a few examples. It dared to confront the concept of what an action movie should be like by making its beats feel as close to our own environment as possible. In the process, it conceived a golden standard for nailing a balance between pure blockbuster entertainment and emotional impact that can stay with the viewers long after the credits have rolled.1