By Matthew McConaughey's yellow crop top, I swear it! 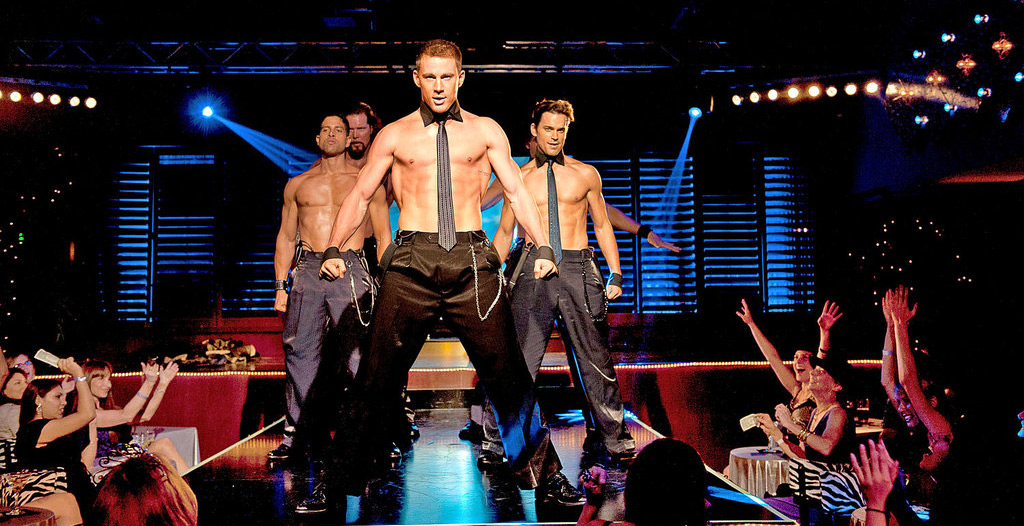 I was fortunate enough to see Magic Mike in a theater under the second-best possible conditions; namely, on opening night sitting one row behind a group of sorority girls all gleefully blasted out of their minds on margaritas. (The best possible conditions would have been in an actual strip club with the stars in attendance; a woman can dream.) I myself was not inebriated for this particular viewing, but that was okay, because it meant that I could actually follow the plot. Plenty of my fellow Matthew McConaughey admirers will claim that they only watch this movie for the dance scenes—and in all fairness, they are some of the best put in a movie this century—but it doesn’t get enough credit for being one of the more honest portrayals of economic insecurity of late, either. Think about it: were you expecting to see someone being turned down for a bank loan in a male stripper movie? Magic Mike hinges around (and around and around) money far more than it does sex. We never do get to see what he has to do to get twenties, after all.

Which is okay; after watching what he does to get singles, our tiny wee brains might explode. I’ve read reviews of the premiere which revealed that audience members threw bills at the screen. Presumably, they were so caught up in Channing Tatum’s “Pony” routine that they hoped he would pop out and scoop up the rain. And can you blame them?

(Side note: the only place you’re going to find better female gaze than that scene is either Twilight or Fifty Shades Darker. And neither of those has a mini-pig.)

Magic Mike certainly doesn’t get enough credit for being one of the more straightforward portrayals of female bisexuality this century, either. Olivia Munn’s Joanna is out to have a good time whenever possible, and Tampa clearly has endless possibilities. Yet she isn’t just the one-note sex-crazed stereotype I initially gave some side-eye to at the beginning of the movie; the scene near the end where she introduces Mike to her fiancé is at once quietly poignant and a giant stick in the eye to anyone who ever claimed that bi people can’t ever settle down and be satisfied.

If anything, Magic Mike comes down harder on the incessant jackhammering need for more more more that permeates our entire society. Our supposed protagonist Adam ends up one of the two antagonists by the end of the movie, not out of malice or conniving but through pure Y-chromosome stupidity and an inability to understand decimals. We knew the other antagonist was a snake as soon as we let him in. I love Matthew McConaughey’s portrayal of Dallas, but if he handed me a drink in a bar, there’s no way I’d touch it. Both men are entirely out for themselves and oblivious to the effect they have on anyone in their vicinity who isn’t a paid audience member: “You’re not just stripping. You are fulfilling every woman’s wildest fantasies. You are the husband they never had. You are that dreamboat guy that never came along! You are the one night stand that they get to have, tonight, with you on stage…”

And there, in one ironic sexist statement, you have the reason for Magic Mike’s $167.2 million box office haul: the fantasy that I and the entire row of Don Julio fans in front of me knew perfectly well was a fantasy but cheerfully waited months for and paid money to see, just like that fantasy for the anonymous audience members in the movie that allowed them to scream and hoot and holler at hot men they get pleasure from just by looking at them. Which is, in its most absolute distillation, exactly what film ought to be: something that you get pleasure from just by looking at it. It can be pleasure from seeing a heist click into place; it can be pleasure at watching a heartbreaking series of events go perfectly wrong in the service of a greater social message; it can be the simple pleasure of seeing any well-made movie on your screen.

It’s best when it involves the Weather Girls, though.

By Matthew McConaughey's yellow crop top, I swear it!