Embracing Absurdity: A Defense of the 3rd Act of UP

How UP perfectly caters to it's adolescent and adult audiences 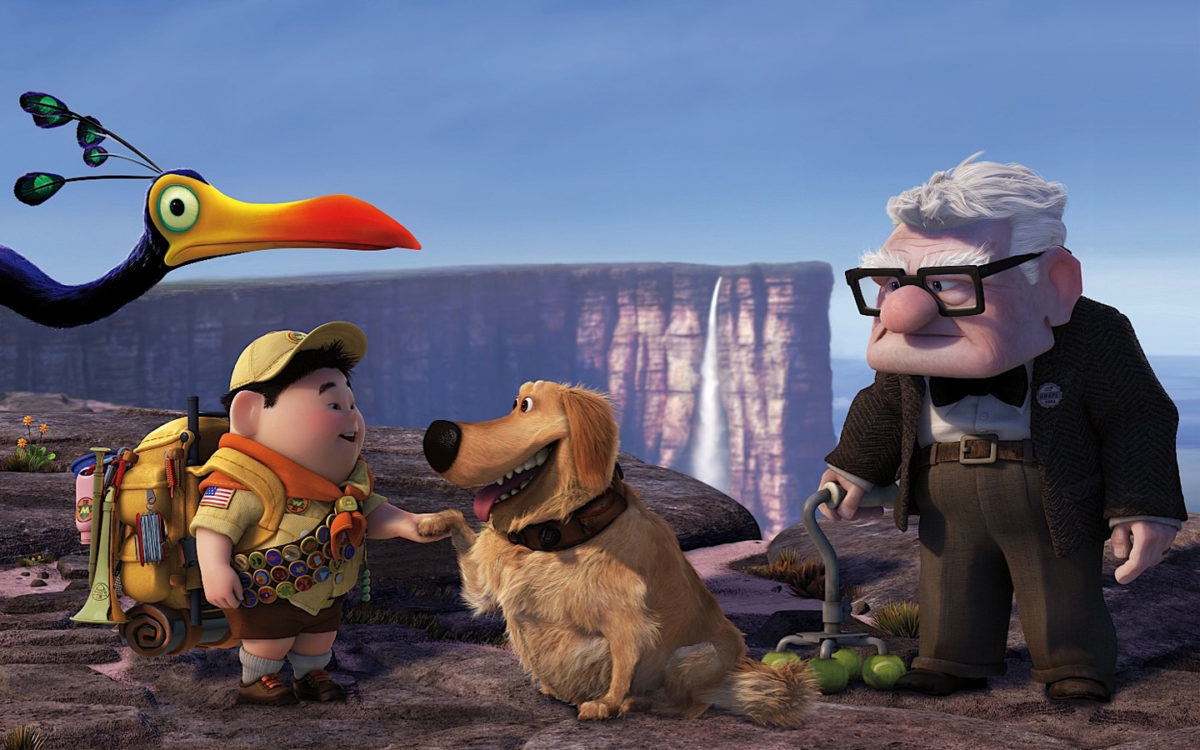 Of all the films amongst Pixar’s illustrious filmography, Up stands alone as the most divisive.  While almost everyone agrees that the opening sequence featuring the marriage of Carl and Ellie Fredrickson is amongst the studio’s best work, the film is often disparaged for not living up to the promise of the first ten minutes.  Instead, director Pete Docter and his team of writers decided to take this painfully grounded beginning and use it to springboard into Pixar’s most ambitious and, frankly, weirdest film to date.

It’s important to note that Pixar films are, in every way, shape, and form, films for children.  While it’s obvious that they’ve perfected the formula of balancing mature themes that touch nearly every age group, these films are targeted, both in marketing and animation-style, for an adolescent audience.  More than any other of PIxar’s works, Up embraces that youthful imagination and spirit without losing sight of the film’s earnest themes and giant heart.

The film undoubtedly opens with heartbreak as we watch Carl and Ellie’s beautiful but ultimately tragic love story, but this merely sets the stage for the incredible adventure to come.  We go from this gracefully elegant opening and are then introduced to the monotony of Carl Fredrickson’s widowed existence.  Gone is the joy of marriage, instead replaced by the annoyance of gentrification and the solitude of elderly life.  It’s here where the film picks up the threads that never waver as our sense are soon overloaded with the outlandish world of Paradise Falls.

Much like the cerebral cortex of Inside Out or the scream factory in Monster’s Inc., Paradise Falls is iconic almost immediately as our minds processes it.  From talking dogs to neon flamboyant flightless birds, we’re slowly, but deliberately, introduced to a world incredibly unlike our own.  The iconography on display is staggering, melding the adventurous world exploration of Indiana Jones with, essentially, a Looney Toons cartoon.  Between Dug, Kevin, 1 Carl’s balloon house, and Charles Muntz’s dirigible, Up’s imagery is unlike any film before it or after it.

These illustrations are not empty nor in vain — rather, they create a unique canvas for the film to explore its themes.  The film’s slow, meticulous build-up through it’s second act helps balance the tone that, in a lesser film, would be mishandled and all over the place.  How often do we see a film grapple with the concept of letting go and accepting that your life won’t be the same as you age while also witnessing a talking dog fly a biplane intercut with old men fighting with canes and walkers?  And how often do you see something so paradoxical work?  It’s a delicate dichotomy to balance, but Docter and the crew behind Up manage to deftly maintain the weight of the film’s themes with the absurdity on screen.

Up is a film that never once forgets the heart of its story.  Carl’s relationship with Ellie, Russell, Dug and Kevin are the core of what makes the film work, and even in the film’s most ludicrous and fantastical moments, the characters and their connections are never left behind.  After all, the film’s most poignant moments are the adventure and mayhem the third act brings, the returning of Kevin to his family (echoing that Carl and Ellie never were able to conceive), Carl’s realization that Ellie never begrudged the simplicity of their married life, and Carl giving away the last remaining token of his late wife, thus moving on from his prolonged adolescence and passing it on in the form of Russell’s newest merit badge: the grape soda bottle cap titled “The Ellie”.  Carl has become both the Muntz-ian adventurer and dutiful husband he always longed to be, and now can rest easy amongst his new “family” to live out the rest of his days.

It’s these moments that truly encapsulate the beauty within the madness of Up.  That a film so silly and juvenile can also be so moving and pure of heart is what makes that which could have easily been a mediocre children’s film and morphs it into something truly special.  Up is not merely after the sentimentality of its opening sequence; rather, it is playing a long game that takes us on a journey beyond our wildest imaginations and shows us that we should look forward, not backward, for our life’s inspiration.

To Pixar Week and Beyond! Previous
RATATOUILLE: 10 Years of Championing the Unlikely Artist Next