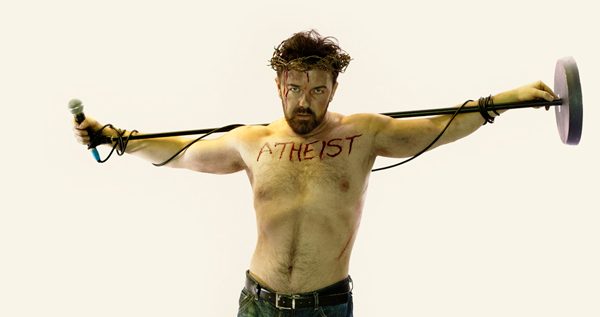 All but a few artists have short shelf lives. For every Scorcese or Shakespeare putting out great works until the day they die there are hundreds of Michael Ciminos or Bret Easton Ellises, bursting onto the artistic scene to capture their times for a brief moment before quickly flaming out. The high point for most artists is no more than ten to fifteen years and it is even less for comedians.

What makes artists popular is their ability to capture how their audience feels. Star Wars perfectly summed up the youthful disaffection of the seventies, just as The Matrix did for the nineties. All popular comedians from Richard Pryor to Kumail Nanjiani do the same thing, reflecting what their audiences consider to be funny, but this is a lot harder to sustain in the long term.

Comedy is a medium that requires more honesty and vulnerability from its artists than other art forms, because good comedy deals with parts of life considered unspeakable in everyday conversation and feelings we often dare not admit even to ourselves. Comedians, particularly stand-up comedians, often take on the role of the court jester, whose job was to speak truths to the king’s face that no-one else dared say aloud.

But to do this well your outlook and worldview must match up with your audience’s, which changes all the time. If your audience no longer feels deep down the way you do they will lose interest in your jokes, and because comedy requires such honesty and vulnerability about your feelings it is far harder for comedians to adapt to changing times than for writers or filmmakers. This is why most successful comedians have a brief period of success and then fall off the face of the earth.

Some avoid this. Robin Williams and Eddie Murphy both lasted around two decades in the spotlight (with Eddie now primed for a possible comeback), but like every artist whose popularity lasts a long time they did so by radically altering their career’s direction and appealing to new audiences. Both started with shock or smutty comedy (not a requirement for success, but it helps) and then moved to broad family entertainment, a natural direction for a comedian as whatever is considered shocking or daring by society will often be absorbed into the wider culture until it is considered acceptable for children. To many young people today the idea that The Simpsons was once controversial seems bizarre.

Ricky Gervais meanwhile is a great example of a comedian failing to adapt to the times. One of the 2000s’ biggest comic stars, his peak run lasted roughly six years from the beginning of The Office to the end of Extras. In 2003 he was named ‘the most powerful person in TV comedy’ by Radio Times. For any comedian this would be an exceptional run, but for him it is not enough. And rather than trying to change, his career since has been an extended attempt to deny that he needs to.

After Extras he disappeared from the spotlight like most in his profession. His movies like The Invention of Lying and Cemetery Junction faded into the cultural ether, as did his later TV shows. But he refuses to accept this. Almost everything Gervais has made or done or said in the last few years has been an attempt to recapture everyone’s attention, to desperately avoid admitting to himself that he could ever not be funny. At some point he noticed the only press coverage he gets today is when someone calls his work “offensive”, so he began playing into this. His jokes today are made largely for provocation with little greater purpose. They exist so Gervais can go on TV and boldly refuse to apologise for jokes he only told so he could boldly refuse to apologise for them.

In an interview last year with The Spectator he was asked about the progressive puritanism he believes is stifling comedy, and how comedians might hasten its demise. ‘Ignore it,’ he said. ‘You keep doing what you always did. I’ve lived through probably three phases of new wokeness in my time, it comes and goes and it has different guises.” He views himself as a comedic rock that can weather any storm and never has to change, and believes that being funny is a quality he inherently possesses. If people are not laughing at his jokes then there must be something wrong, but not with him.

Gervais became popular because at one point his jokes meant something. The Office resonated with audiences not just because it was funny but because it was about everyday experiences they found relatable. Today, Gervais’ jokes don’t do that. His insight into everyday life has been replaced with confusion as to why people no longer find him funny. His denial has reached the point of effectively creating a conspiracy theory to explain this fact and painting himself as a big, brave hero standing against it.

He’s hardly the only one resorting to this. Dave Chappelle, one of Gervais’ only comedic equals at his peak, has also done nothing for the last few years but try desperately to shock an audience that has grown tired of him. He monologues endlessly about how persecuted he is, and how cancel culture makes him do less comedy than he used to, in his fifth Netflix special in two years. Nor is this limited to comedians. Bret Easton Ellis has been banging this drum for years now, to make up for how kids today would rather watch Joker than read American Psycho.

I find it hard not to pity men like these. Reading their defensive interviews I often picture them with confused puppy looks on their faces, unable to comprehend the world around them and wondering where it all went wrong. Their careers today are little more than ghosts that haunt us, reminders of distant pasts we glimpse from time to time as they wander the earth, not realising they’ve been dead for years.