The Nature of the Beast: Ridley Scott and the Ridleygram 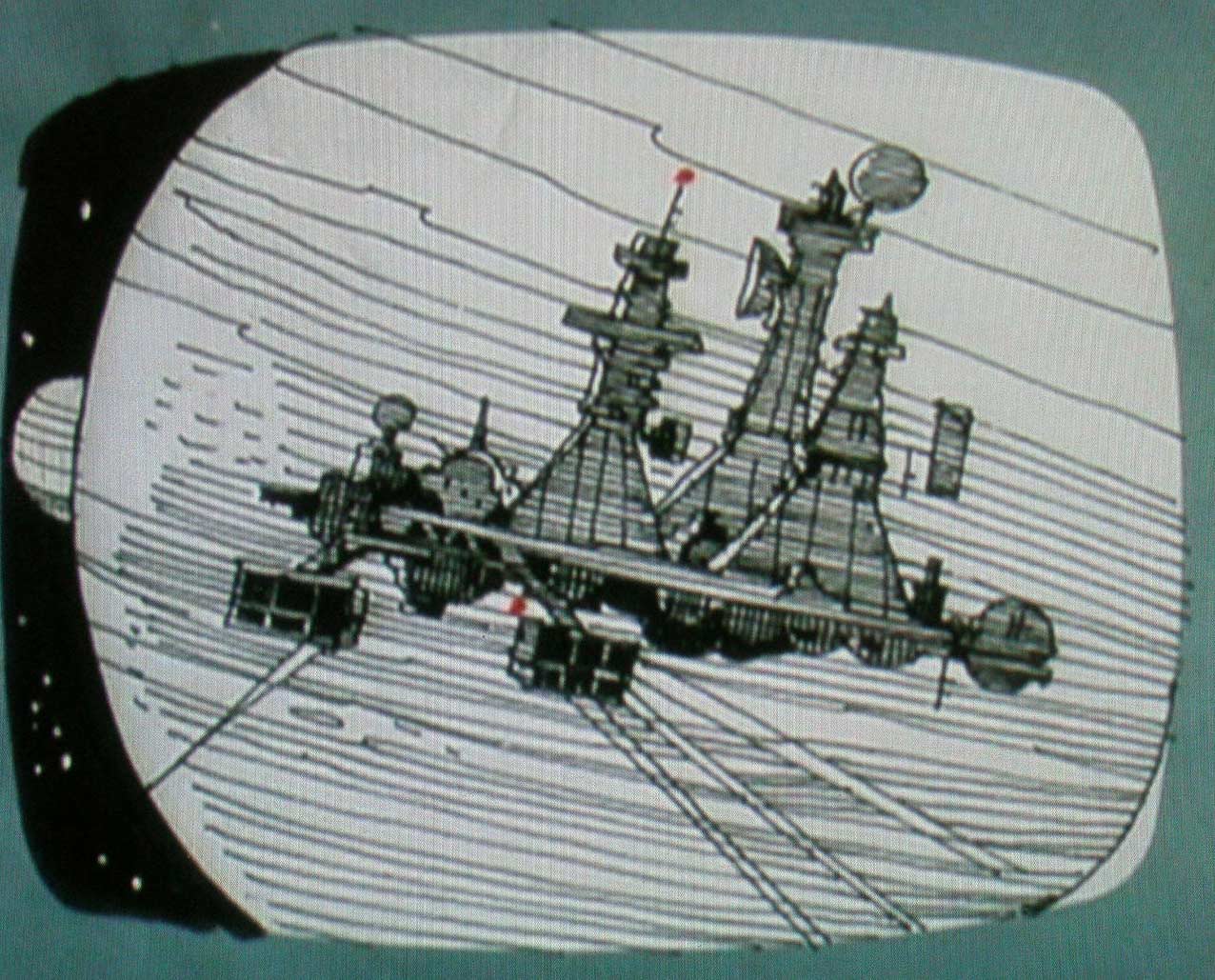 Ridley Scott has an impeccable eye for composition, lighting and design. His vision is so singular that all his films, regardless of production designer or director of photography, have his visual and tonal mark all over them. Scott’s work is extremely specific because he knows what he wants his film to look like. He can visualize the movie as he sees it in his head and then conveys his desires to his creative team by storyboarding the images he wants.

Ridley Scott is an artist. Yes filmmaking is an art but his background is as an art school graduate and painter, with collaborators remarking that his primary mode of painting is pointillism, extremely detailed images resolved from tiny points of colour. To do this, Scott must have an extremely intuitive notion of image, composition and light and be able to translate this understanding to images as he sees it onto paper or canvas, it is these skills and his ability as a draftsman that informs his storyboard work.

First, some background information on the art of storyboarding. Filmmaking is a constant process of translation. It is the art of taking an idea and translating it into a script, then taking that script and turning it into a film. An intermediate process on the path from script to film is previsualization or storyboarding. A filmmaker works closely with a director to draw the film in images and work out the visual language of the text before shooting. This is done for budgetary and conceptual reasons. Either it lowers the cost by reducing the amount of coverage one has to film for the editor to work effectively and it allows for VFX to be figured out long before shooting. It is the process of turning written words into what the film might actually look like when it is finished and allows the creators to get a sense of what the final film will look like.

Storyboards are ultimately a form of communication. They simplify the amount of discussion one has to do with various departments to get everyone on the same page. A director can go to his camera crew and point at the board and ask them to give them that shot as drawn or as close to it as possible. Most directors hire board artists, extremely skilled artists to help them pre visualize their film. Ridley Scott can storyboard his films himself.

This at the time was a very rare skill for a director to have. Most directors were and still are known for having specific collaborators on their work. For Example, The Coen Brothers exclusively work with a collaborator by the name of J. Todd Anderson, who storyboards their scripts in their entirety. Scott’s skill comes from his art school and advertisement background and the heavy influence of Jean Giraud and Heavy Metal magazine. The rendering style in his signature storyboards, referred to as Ridleygrams by his collaborators, utilize the same contour based rendering of Giraud, aka Moebius and Heavy Metal. It gives volume and depth to ink and pencil based images that most rendering styles don’t have. This translates into the detail and atmosphere and lighting of his work. They are exact in their way.

These boards are the nature of the beast that is Ridley Scott. Singular in their style and detail, they encapsulate his image making and storytelling and his exacting nature as a filmmaker. They can even be the driving force of a movie conception.

…vs the final shot image, showing the iterative process of boarding a film to production.

Ridley Scott, during preproduction on Alien, gathered a collection of artists and collaborators that developed the design and feel of the film. Moebius, aka Jean Giraud, helped design costumes and space suits. Ron Cobb designed the Nostromo. H.R. Giger designed the Alien, the Space Jockey and its ship. The goal, one that he would repeat during the creation of Blade Runner, was to create a film that felt like a Heavy Metal comic brought to life (Heavy Metal, ironically, adapted Alien as a comic book.) Having such disparity of design and extremity of aesthetic can make investors uncomfortable. It makes it hard to predict how that final product will look and feel. This, coupled with a hotshot director with only a single feature under his belt and a ten-year career in advertisement, lead to possible tension from the studio.

Scott mitigated this scenario with his Ridleygrams. He visually and tonally captured the film he intended to make through a series of complex drawings that took producers and executives through every major beat of the film, showing them what it would looks and feel like and how FX shots would be executed in a visually unique way. While these images and designs were altered and revised during later stages of preproduction and production (such is the fluid nature of filmmaking), the exacting nature of their intended execution was so well done and specific in Scott’s Ridleygrams that they enthralled the studio who now had a much clearer picture of what they were going to get and what quality of filmmaker they had hired for the production of Alien. In fact, he did such a good job with those boards, they doubled his budget. Which allowed for an even larger scope and scale in his film.

Some original Ridleygrams Ridley Scott brought to the producers.

Alien is a product of Scott’s storyboard skills. His boards not only made sure the product would be made but made sure it would get the money it needed to become the film it is. The boards allowed Scott to convey his intent for the film and convince people to support him. They allowed him to communicate how the film would work as a cohesive whole. It gave all the production artists the starting point to develop the look and feel of the film as a cohesive whole across a vast variety of design and visual ethos. Without these boards, the film as we know it would not exist.

WAR FOR THE PLANET OF THE APES Continues to look Incredible Previous
Karl Urban Could Appear in JUDGE DREDD: MEGA-CITY ONE Next

Phillip Bastien is a writer, director and visual artist from Canada. He has worked on numerous short films, web series in a variety of roles. He is currently a storyboard revisionist for the animated series PAW PATROL.