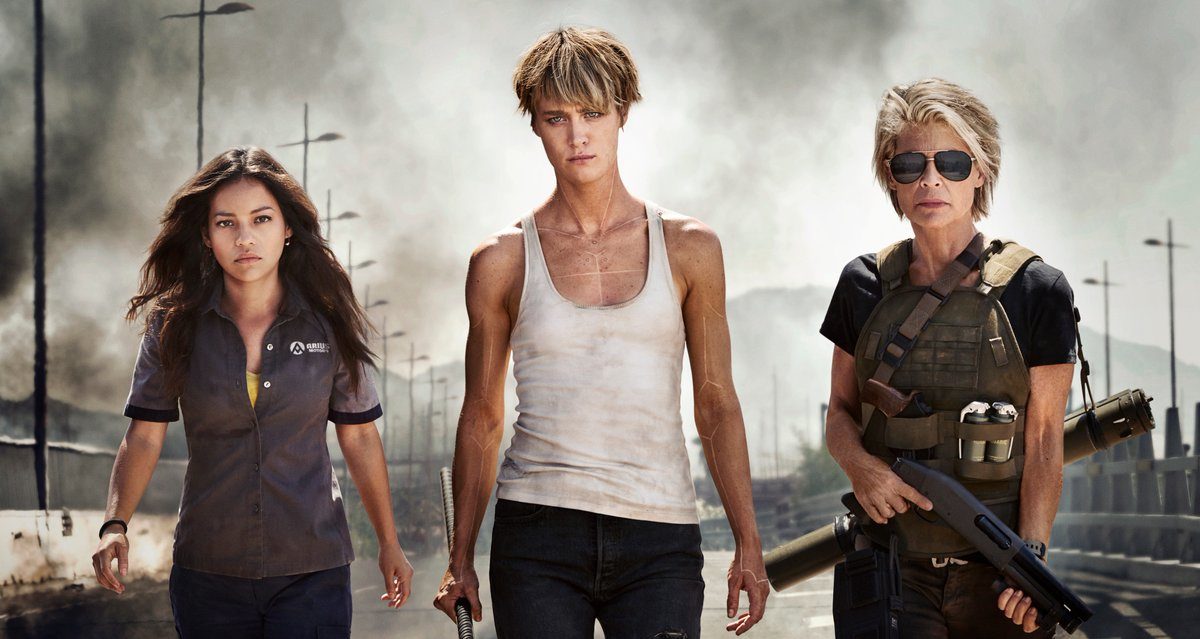 The Terminator is one of the most quintessentially 1980s movies. In addition to the blaring neon lighting and eye-gouging fashion it is one of the best summations of the decade’s anxieties about computers and nuclear war. This is no more evident than in the fact that its sequels always try to recreate its success without realising what made the first film work, leaving them always feeling perfunctory and hollow. With a sixth entry in the series visible on the horizon it is well worth exploring why.

The 80s was the first time computers became visible in most people’s lives. Businesses began replacing paper filing systems with digital ones, typewriters were swapped out for Amigas and home computers suddenly became affordable. Simple computers began to be included in household appliances, resulting in older generations, even to this day, complaining about how unnecessary it is to have one in a washing machine.

This theme of the intrusion of technology into normal life was widely prevalent in 80s art. Cyberpunk literalised this feeling by creating worlds in which people plugged their brains into computers and replaced their limbs with artificial ones. It’s not hard to see how this applies to The Terminator. The movie is literally about a woman whose normal, unremarkable life in Los Angeles is interrupted by a computer sending a robot to kill her.

This fear bled over into nuclear war anxieties. The 80s was a particularly tense period of the Cold War, with Reagan’s unfriendly attitude towards the Soviet Union leading many to predict the end was nigh. An atmosphere of apocalyptic doom hung over everything, resulting in a decade that produced Watchmen, Threads, The Day After and Alphaville’s Forever Young.

America’s nuclear arsenal and early warning systems were now all computer-controlled, and the fear of a glitch in the system causing the end of the world was feared almost as much as a deliberate war. This is in fact the plot of Nena’s 99 Red Balloons, in which a flock of balloons being misidentified as an attack causes Armageddon. Ultimately The Terminator’s resonance comes because it combines all these fears into a single horror story.

But none of this reflects how people today feel about these issues. Computers are now an accepted and mundane fact of life, carried everywhere and found in almost everything. What we fear today is not the computers themselves but the people controlling them, whether it be harassment campaigns on the Internet, rigging of elections, or the end of the world as we know it. We worry today about nuclear war not because we distrust early warning systems, but because Donald Trump might flip out one day and obliterate mankind because of his own petty arrogance.

Black Mirror is probably the modern artwork most representative of popular fears about technology. The show frequently presents society damning itself through its relationship with computers, but it places the blame on the users rather than the technology. In the 80s and 90s a story in which the villain’s power comes from his relationship with a virtual reality game would have blamed the game itself, as was the case with Virtuosity. But the Black Mirror episode USS Callister does not do this. The problem there is not that the characters are part of a virtual reality world, but that that world is controlled by Elliot Rodger. That worldview is incompatible with that of The Terminator. The entire point of the titular character is that he is inhuman, but it’s not inhumanity we fear today.

Something very similar can be seen in the recent American Ghost in the Shell remake. That film, adapted from a franchise that began in the 80s, attempted to stick as close as it could to its source material without realising what it meant. The result was a listless, hollow film that never knew what it was doing. The truth is that the current trend of American nostalgia for the 1980s is incredibly hollow. It never amounts to more than either an aesthetic and tone which is placed over more modern stories, like Stranger Things, or a rote recreation of plot points without understanding of their purpose, like the newer Terminator films.

Terminator is not a franchise which can survive in this day and age. The best thing to do would be to let it rest, but in this modern, IP-driven Hollywood landscape where every corpse is exhumed and put on display every few years studios seem unable to understand this. Even consistently losing money, as the series has been doing for almost a decade, has done nothing to communicate to Hollywood the main flaw in their plan: these days we don’t fear the rise of the machines.