THE NATIONAL BOARD WITH A NAIL IN IT Special Report: Best Ass Whoopings in the MCU

"Who tryna get they shit rocked?" 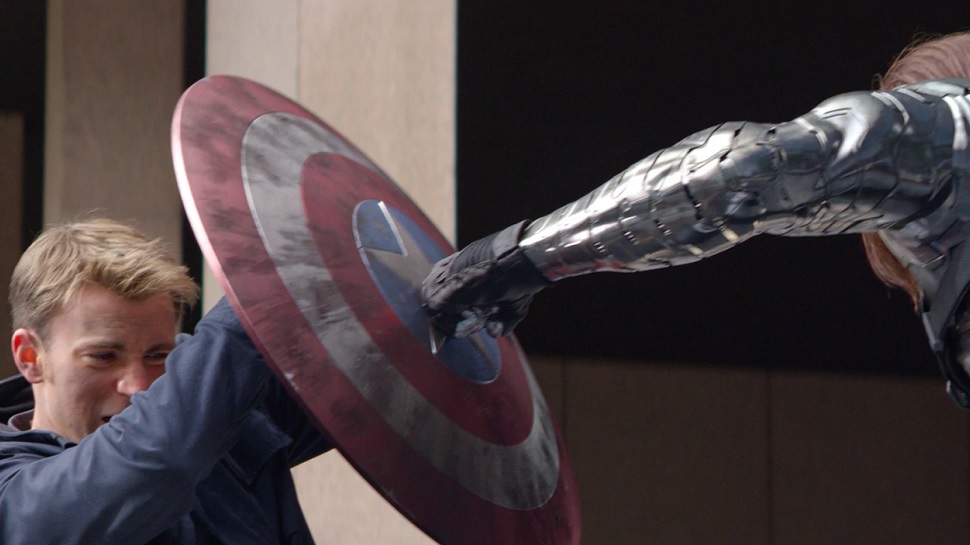 For all the spectacular visuals and great character work on display in the Marvel Cinematic Universe, I find their action sequences to be lacking more often than not. For films that primarily focus on armed conflict as a matter of resolution, the resulting displays of combat can often seem like weightless affairs. That said, I figured that after the tumultuous events of Avengers: Infinity War, I’d look back at various fight scenes throughout the series thus far and give credit where it’s due. While some larger scale high gloss set pieces might stand out to most audiences, an Ass Whooping is a more intimate and visceral experience that must be judged by a more stringent criteria. I will also be taking a look at the loosely affiliated Netflix programs, as there are some quality beatdowns worth recognizing. So wrap up them knuckles, bite down on that mouth guard and enjoy the National Board With A Nail In It Best Ass Whoopings in the MCU. And as always, be forewarned as SPOILERS abound. Have at you, Snake!

This much maligned movie perhaps aged the worst out of the original Phase 1 features, but it nonetheless provides important pieces of the MCU foundation. While the special effects are wonky, the scene between Hulk and a quasi-super soldiered up CPT Blonsky stands out as a particularly exhilarating fight with rather shocking conclusion. Hulk put his foot in that ass to a rather decisive degree.

You ever have that friend who gets too belligerent and irresponsible when they drunk, then you gotta grab that sumbitch by the scruff of his neck and knock some sense into him for him to act right because violence seems to be the only language he responds to? If so, Rhodey feels you.

One of the better pure superhero films in my estimation, with one of the most iconic team shots in history. But perhaps moreso than that is the scene with Hulk versus Loki that absolutely cemented the dominance of the MCU for the next decade to come. One of the most crowd-pleasing scenes in movie history. Whoop that trickster.

Might be the pinnacle of MCU fisticuffs. The somber narrative tone, muted colors, and staccato shutter angle effect make for a rousing and distinctive experience. This movie has several great fights, but I’ll be listing the elevator fight and the DC street battle as prime examples of great western martial arts action that can be achieved in blockbusters when they put their minds to it.

The Netflix MCU projects have been a bit of a mixed bag, garnering plenty of criticisms while still procuring a loyal fanbase and enough viewership to keep the Netflix overlords happy. Decidedly grittier and lower key compared to its cinematic counterparts, Daredevil nonetheless has solid character work and a  handful of legitimately impressive fight choreography. Stand outs include the season 1 long take hallway fight and the season 2 motorcycle gang long take brawl, but one of my favorites is the brief reckoning between Matt Murdock and Wilson Fisk in season 2, where Matt goes in to shakedown an imprisoned a jailed Kingpin, but instead comes out shooketh to the highest order with his bell rung to boot.

This one goes on the list because of the very brief yet startlingly effective clash between Peter and The Shocker 2.0. Bokeem Woodbine can be outrageous when he wants to be, but his approach to this scene as a cold calculated killer enjoying his nefarious deeds really puts a fine point on the fact that we are watching an all-ages four quadrant blockbuster where a grown man is about to bludgeon a child to death in a high school parking lot.

Lots of great ass whoopings in this one, and part of that is because the proceedings are nasty and personal in a Shakespearean sense. It also works in part because of the great subtextual material regarding the pain of colonization that Wakanda’s enemies represent. One great moment that represents the defiance of this historical tragedy is Okoye’s thrashing of Klaue’s goons in the casino fight scene. That wig toss is an all-timer cinematic moment.

Thanos is one of the better villains of the MCU, establishing himself as a serious threat to our beloved heroes and the universe at large. His unyielding purpose and intent is terrifying, but what you really need to recognize is that Thanos Got Them Hands. In his battle with Hulk in the opening of the movie, Thanos surprises Hulk with an incredible feat of strength and a vicious neck punch, using his momentary stunning to size up the green giant before laying waste to him with an absolutely masterful application of combinations befitting of a seasoned conqueror. Thanos beat the shit outta Hulk so bad he made his dick stop working for the rest of the movie. He beat the brakes and transmission off that mufucka. He hit Hulk with a 5 piece and a biscuit with 2 large sides and a drink. I’m curious as to whether or not Josh Brolin helped in some of the motion capture of those scenes, as I’m reasonably certain he’s punched at least two people in the throat at some point in his life.

As it happens, the melee mastery reminded me of this clip of Donald “Cowboy” Cerrone putting the hurt on Rick Story in UFC 202 as a great example of just how devastating a firm grasp on fighting fundamentals can be.

I hope you enjoyed this list, but I’m certain you have your own favorite ass whooping moments that you want to give props to. By all means, share your favorites below in the comments.