There Was An Idea… GUARDIANS OF THE GALAXY VOLUME 2: False Idols & Devouring Gods

How Vol. 2 Informs and Expands the Guardians 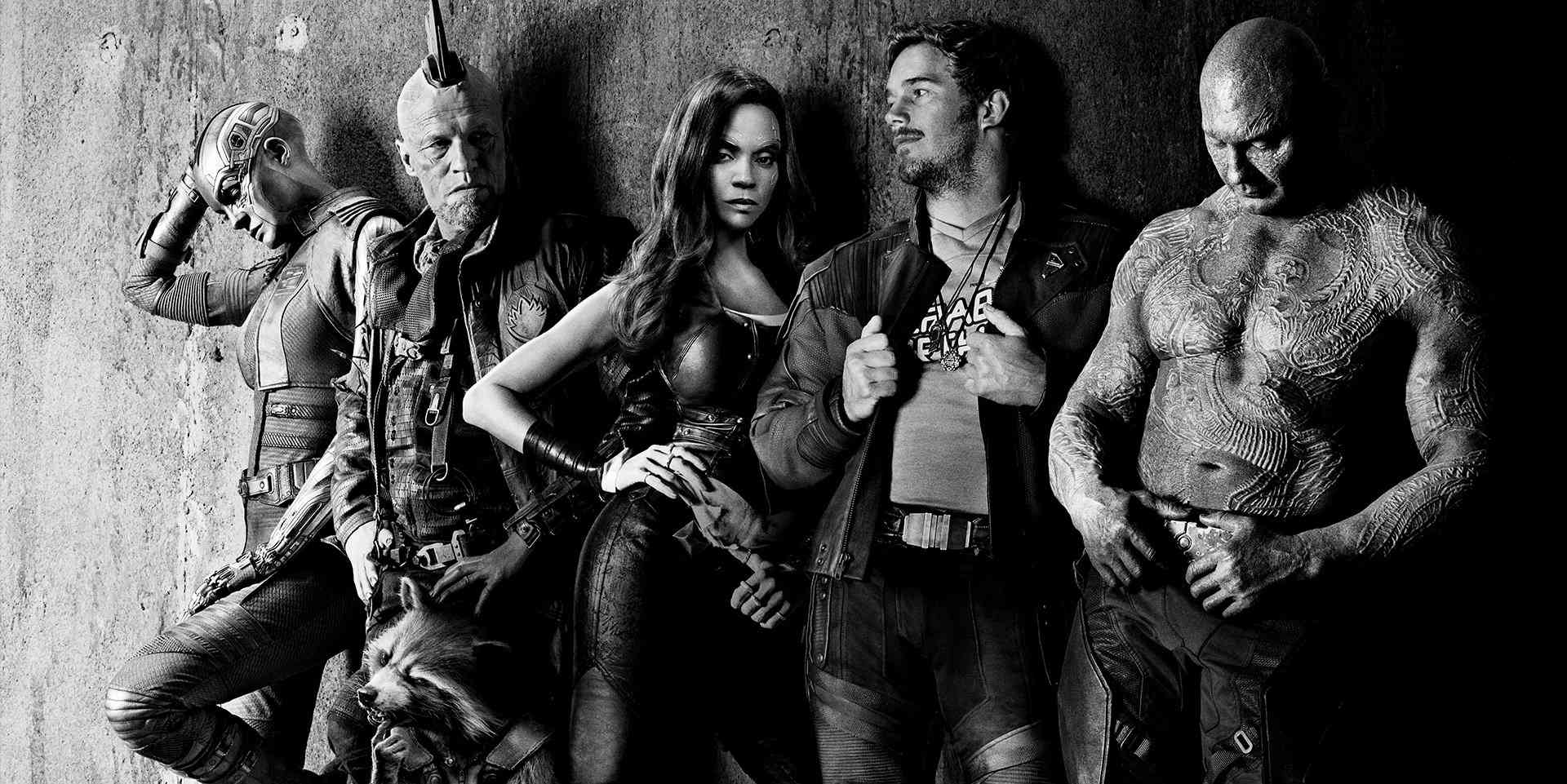 I’ll admit it – I wasn’t a huge fan of Guardians of the Galaxy. Despite a whole bunch of stuff that should have been up my alley I couldn’t help but think that it was nothing more than a “just fine”, middle of the road Marvel movie. And so I was less than enthusiastic about Vol. 2. I thought it looked fun, and weird, and I am a Marvel shill so of course I was going to see it, hoping it would be better than the first. But I was far more excited about Spider-Man: Homecoming and Thor: Ragnarok1.

So imagine my surprise when I not only loved it, but rated it as my favourite film of 2017.

Sequels are hard. Even Marvel, who have one of the best blockbuster track records ever, have stumbled on some of their sequels (*cough* Iron Man 2, Age of Ultron, The Dark World *cough*), mistaking more for better. More stakes, more action, more explosions, more humour, more villains, just more. But the only thing audiences really want more of is the characters. Marvel has, on the whole, excelled with their characters. Creating flawed and interesting human beings beneath the armour and the spandex and the irradiated genes.

And the characters in Guardians of the Galaxy are no exception. In my article on the first film I talked a bit about the journeys of the characters to find their place in the galaxy. Journeys that plenty of people are walking in their own lives. “Weirdos” and outsiders and people who have seen hardships the rest of us can’t even imagine – and to have characters who reflect that and who manage to heal, who are worthy of healing, is a powerful statement to make.

Keeping all of this in mind, James Gunn did a smart thing with his sequel: instead of making the film broader, he made it more specific. He drilled into the souls of his characters and made it even more personal. And he made it entertaining as hell.

What is time? Is it a river? A flat circle? Or is it something in between? We exist only in this exact moment. With everything that came before a fading memory, and everything afterwards merely a guess. Yet, we are able to apply our present knowledge and experience to the past, reshaping it and recontextualizing it. Changing it. It’s probably the closest to time travel we will ever get.

What the hell is my point, you are probably wondering. It is this: Vol. 2 made me like and understand GotG a whole helluva lot more.

Though I still think it is a mid-tier entry into the MCU, it has climbed a few spots in my overall rankings2 thanks to Gunn’s choice to dial in and dial up the issues that each character thought they escaped in the first film. He understands that as much as change can be sudden and dramatic, it must also be a choice, and one that is made over and over again. Without diligence it is far too easy to be pulled back into comfortable habits, and without understanding the why of those habits you will never be able to fully overcome them.

Each character continues to be plagued by the past they have run from, or the past they don’t understand. Drax has yet to move on from the family he lost, still yearning to rejoin them through the consequences of reckless action. Gamora faces her sister, looking to forgive and be forgiven, yet is unable to ask or to offer. Rocket grows ever more fearful of the love he feels for his friends, sure that he will lose them as he lost Groot3, and is afraid that it will break him beyond repair. Quill feels that he can never truly know himself without knowing his father, a mysterious angel (according to his mother). And that if he can’t know himself how could anyone else ever truly know and accept him? Even Baby Groot can’t help but be haunted by his past; measured against a father he never knew and doesn’t understand.

There are three main tactics Gunn uses to break down and rebuild his characters.

Breaking Up The Band

Which part of Ego is she standing on, exactly? Dude needs some moisturizer.

Classic trilogy structure practically demands that the main characters be separated in the middle section. It is here that, after accepting the call to adventure in the first part, they each are faced with the repercussions of that decision and must discover what this new normal means to them as an individual. It is now that they must run the gauntlet and (if they survive) discover who they truly are, and what they desire.

Perhaps desire is the wrong word – it sounds lustful and slightly empty, though sexual and romantic desire can certainly enter into it. Rather, it is in the middle section that the characters are forced to discover what they need, and why they need it.

Whether it is Drax coming to terms with his sexual needs and desires (seriously, the dude spends most of the film talking about coupling and asking about penises). Or Gamora and Nebula finally finding the sister and ally they had been aching for all through their lives under Thanos’ thumb. Rocket and Yondu face the fear of love in the face of death, allowing them to break free of the brusqueness with which they meet those closest to them. And even young Groot is finally able to channel the violent potential of his father… uh, look, the ‘Groot gleefully killing people’ thing in the first film was always a little odd, but in this one he is super cute and it’s fun to watch him get his revenge on the Ravagers who tortured him, so you’ll have to forgive me for reaching a bit. Deal?

And then we have Peter Quill, who carries around a shipload of daddy issues that he finally faces, and realizes that he is able to see past the ideal of what he wanted for the meaning of what he had.

It is telling that the Sovereign, golden idols of presumed perfection, who espouse the ideals of higher being, and radiate superiority, are as petty and flawed as anyone else. Their pride, hidden behind absurd pomp, is easily wounded, and they will go to any lengths to protect it or avenge it. They present themselves as the opposite of the Guardians; uniform and unmarked, bred to bring out only the most desirable and supposed best traits of their people. The Guardians are a motley crew; rag-tag and unkempt, unable to help but broadcast that they don’t belong – not here, and perhaps not together. The Guardians are defined by their flaws, the Sovereign by their purity. It is an interesting juxtaposition, and one that unsettles our heroes.

To dismiss the Sovereign as simply a plot mechanic would be easy, but the truth is that they serve a very specific thematic point as well; helping to drive home the maxim that self-appointed authority (especially) is not to be trusted. And certainly not to be worshipped or idolized. The Sovereign foreshadow what is to come, serving as both mirror to and, for the Guardians, a gateway to a higher power in the galaxy.

They are also a pointed reminder that it is not what you are that is important, but what you do.

I love my Dad, but who doesn’t kind of want Kurt Russell to be their dad, even just for a day?

Kurt Russell is so goddamn cool. He has an easy, friendly swagger, a wholesome manliness that inspires more than it intimidates, and he radiates trustworthiness.4 And so it is a stroke of genius to cast him as Ego, man-sized planet and father to Peter Quill, pelvic sorcerer. Aside from being maybe the coolest absentee father in the galaxy at first blush, Ego is perhaps one of the most fascinating characters, and one of the best villains, in recent popular entertainment as both character and theme.

Ego is a child, haunted by his loneliness and trapped by his power. He has insulated himself from the universe, using an empath to, of all things, stifle his empathy. He is haunted by the love he once had, and the price he paid to be free of it in order to fulfill his vision. Not unlike the Sovereign, Ego demands conformity to his version of perfection. Even Meredith Quill, his one true love, was not perfect enough for him to see beyond the tip of his own… nose. His choice to give her a tumour was one seemingly not taken lightly, and one that destroyed him far more completely than he understood. Metastasizing his vision to cover the Galaxy with himself into something beyond just control, and instead into a permanent cocoon. By devouring all and remaking it in his image, he thinks that he can forget about his love. Or at least that he will no longer suffer the pain of her loss.

Ego is perhaps the most tragic of all villains – the one who has experienced love and rejected it in the name of Self, afraid of the sacrifice that true love requires. Love demands surrender to something more. Something that will destroy you and build something new in its place. He would rather lose her than lose himself to her. In this way he is a dark reflection of the Guardians. Each of them could turn their backs on love and build a stone cocoon around their hearts, living and dying alone and in fear as villains and monsters.

Each of the guardians is a flawed and imperfect being. They are plagued by self doubt, by fear, by feelings of worthlessness. They have made, and continue to make mistakes, but each of them also strives to be more and to make better decisions. They look to each other and accept one another. More importantly they are learning to accept themselves, and that they deserve to be loved. They deserve to be saved. And together they can move forward.

Just how tall is Nebula?