Stream of Conscious: 5 Horror Films on Netflix You Need to Watch Right Now

Horror gems in the sub-basement sewage overflow that is Netflix 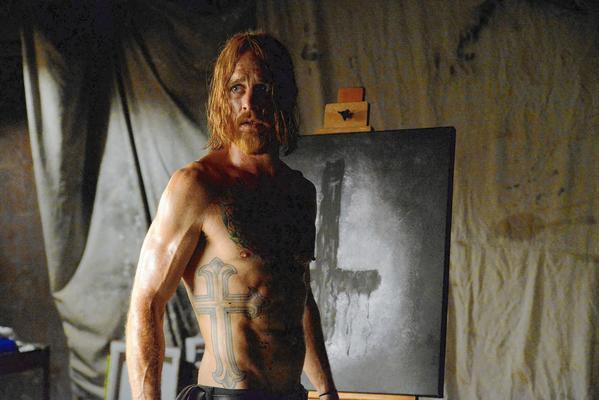 I’ve been noodling with writing full-fledged pieces on each of these films, but what I really want to do is try to convince as many people as I can to just go watch them. Each of these is superb in its own way, has had relatively little of the hype that they deserve, and is well-worth your time. Netflix may often be a sub-basement swimming with overflowing sewage, but there are some diamonds in the muck.

Sean Byrne’s followup to his already-beloved cult film Loved Ones is a minor horror miracle. We’ve all seen all of the horror-comedies about heavy metal musicians as Satanic foot-soldiers; the recent, very funny Deathgasm is a hoot and also worth your time. However, when is the last time that you saw a film about Texan metalheads squaring with beezelbub that absolutely did not fuck around? That took its silly subject matter as deadly seriously as The Exorcist? The answer is never, you’ve never seen that film, not until Devil’s Candy. This is a very short, focused, vicious little film, completely unembarrassed of its supernatural plot and unrelenting about the terror that its characters suffer. It is loaded with believable, affectionate characters whose only wish is for their loved ones to survive the nightmare. Even the film’s villain, played with relish by the always wonderful Pruitt Taylor Vince – he of the vibrating eyes, whose great big heart propelled James Mangold’s Heavy right into my feeling places – radiates pain. He can’t escape his hellish mission any more than his victims can.

Also, the soundtrack is incredible if you’re into overloaded industrial noise. (I am.) Mondo, who I am hesitant to thank with business at the moment (if you follow internet film nonsense you know why), put out a gorgeous vinyl edition. It’s a doozy.

Steve Oram and Catherine Walker in A DARK SONG

Another committed and earnest take on supernatural horror tropes that might have been silly in any other director’s hands. Liam Gavin guides his two leads, portrayed by Catherine Walker and Wheatley regular Steve Oram through a heart-breaking descent into undisciplined dark magic. Rooted as it is in tragedy, the film gives us firm emotional stakes via which we see the increasingly terrifying rituals as acts of pure despair. Aside from its shaky final ten minutes, this is truly a phenomenal film. If not likable, the lead characters are certainly relatable. These performances are possibly insanely committed; you watch their resolve and integrity melt away as the film progresses.

The film is largely free of conventional genre shortcuts, taking its time to unroll the horror as dark magic corrupts the leads and the dank old house they’ve made their temple. The film is wholeheartedly committed to restoring basement tv supernatural tropes to its rightful intensity. It is gorgeously shot with simple and very effective sound design, and features a score that is an absolute all-timer.

A taut, narratively simple thriller set in a sort of post-apocalyptic rural Ireland, Stephen Fingleton’s The Survivalist tells the tale of a determined lone survivor who doesn’t cope well with the intrusion of other humans. Set at a single location, told with economy and focus, this film features a stellar performance from Martin McCann as a man whose fear of death has made him a deadly recluse. The film doesn’t hit a single false beat, and every detail is salient. This is one of the best films I’ve seen this year (although it was released in 2015).

In its way, this deliriously gruesome and disturbing film by Julia Ducournau is sweet, a comedic family drama shot through a particularly bloody lens. Its bratty intensity is tempered by high-minded panache; it is loud, jarring, upsetting, and gorgeous. I admire its leads’ commitment to such tonal complexity, to telling a severe and implausible story with familiarity, grounding it in the give and take of real relationships. Raw is surprisingly moving.

Ah, and yes. As you may have heard, if you are squeamish in any way about anything, probably avoid it, or at least be prepared to cover your eyes.

Dads Will Love The JACK RYAN Trailer Previous
The New STAR WARS: THE LAST JEDI Trailer Invites You... Next