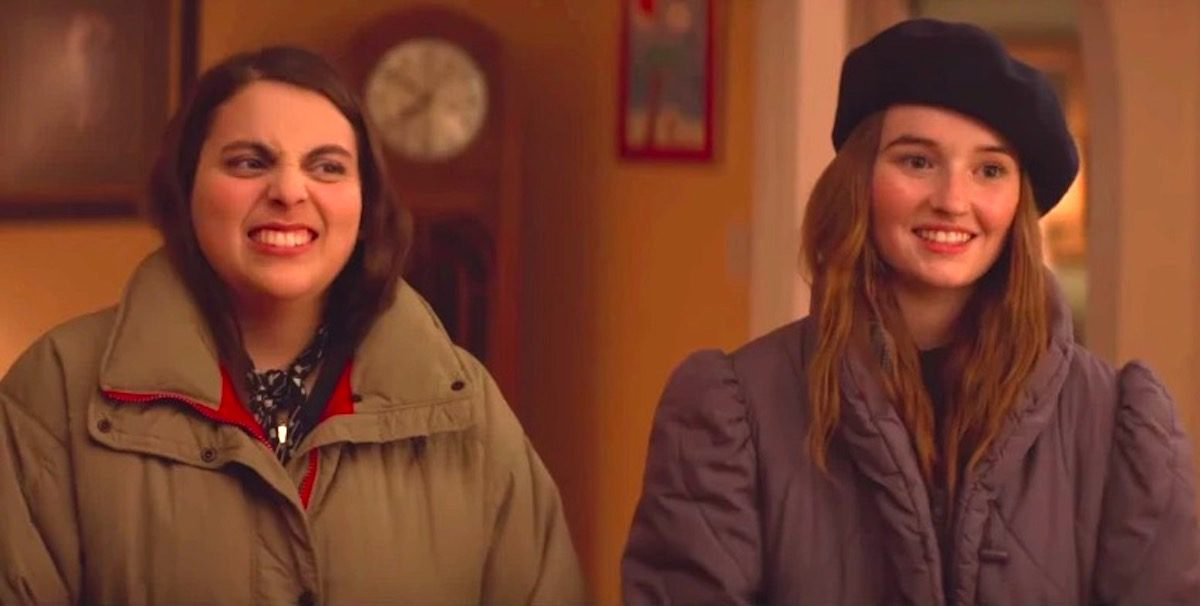 A lot of ink has been spilt lately about the flopping of critically acclaimed low-budget movies like Booksmart and Late Night. The former, opening to rave reviews, is barely doubling its budget while the latter opened to barely over $5 million domestically despite having seven times that spent on marketing. Some have blamed Netflix for stealing Hollywood’s audience. Others have said Hollywood’s focus on blockbuster action films has killed the public’s appetite for anything else. But neither of these are true.

Critics of any artistic medium, including myself, have a very skewed view of what most people see in it. We assume on some level that everybody shares our tastes and interests, hence why we’re frequently aghast when crowds flock to Michael Bay’s Transformers movies, as we assume the main thing people want from films is some sort of artistry. The truth is audiences for such films don’t care about that, they want an elaborate fireworks display to pass an afternoon, which is what Bay gives them.

The vast majority of people who visit the cinema at least once a year have little interest in anything besides particular kinds of blockbusters, children’s films if they have kids, whatever the Oscars hold up at the end of the year and anything their friends told them they should see. They do not care whether films are independent or about their budgets, or anything about their production or who makes them, unless they’re by one of the very few name directors working today. It’s the same relationship I have with synthpop music. I enjoy relaxing with it a lot but have no interest in it outside of that.

But these are not the main reason so few lower budgeted and independent films break out in this day and age. The real reason is that for the 95% of people who see films as pure entertainment rather than art there is no real difference between the experience of watching non-spectacle movies in the cinema and that of watching them on a 50 inch TV. Sound and picture quality are now good enough that, unless they obsess over such things, most people consider the quality of an internet stream or a Blu-ray disc to be acceptable enough that they don’t feel the need for an upgrade. Particularly one that costs the price of a ticket and a car ride both ways.

What exactly is involved in a trip to the cinema? First you have to get there, which depending on where you live and traffic can be over an hour away. This alone can cost you around $15 in petrol, particularly in America where public transit is often non-existent. Then you must find a parking space, queue for up to 15 minutes for a ticket and extortionately priced food (at least $20) and then endure 25 minutes of trailers and adverts you don’t care about before finally getting to watch the movie. Even then, there will almost always be someone talking during it or checking their phone every 15 minutes just out of the corner of your eye, taking you out of the film like clockwork. A family trip to the cinema for 4 people can cost upwards of $70, whereas staying in and watching a movie at home costs little more than a packet of microwave popcorn. In terms of cost and time expenditure going to the cinema can be very like going to a cheap theme park.

Much has been written about the experience of watching films with an audience, but this is almost never thought about when deciding whether or not to go to the cinema. Scott Mendelson made the astute comparison that modern cinemas are in the same place as early 90s video game arcades, as home consoles started bringing their games into living rooms. As with films today the arcade games that still profited were those whose experience couldn’t be replicated on an SNES, often with gimmicks like light guns or racing wheels. The social experience of arcades, of being in a place filled with other like-minded people enjoying the same thing, was considered one of their virtues, but people didn’t go there specifically for it. They went there because they wanted to play Time Crisis.

And of course sometimes being around strangers in such an environment can get ugly. When I saw Suspiria last year the man sitting next to me kept checking his phone, and about ninety minutes in I asked him to stop. He proceeded to scream at me in the middle of the theatre about how selfish and self-righteous I was for doing so, and as the credits rolled I watched him from the back row I’d moved to as he stalked around the cinema looking for me. Eventually he gave up, went back to where I’d originally sat and started taking it out on my friend instead, who was still in her original seat. Strangely, when I watched the film again in my living room nothing like this happened.

All this probably sounds like I have a personal distaste for cinemas and the theatrical experience, but this is far from the truth. I’ve had many fantastic and fondly remembered experiences in cinemas, but the ones that really stuck with me are those that gave me an experience I couldn’t have anywhere else. Feeling my chest vibrate throughout Dunkirk as I watched Spitfires dogfighting on an IMAX screen taller than most buildings was incredible because the sheer scale added so much to the epic grandeur of the movie. Finally seeing The Matrix projected from a 35mm print was a revelation because for years I’d only seen the poorly colour graded home video releases, and the real film in its full glory was the prettiest thing I’d ever seen. It made me feel like Neo and Trinity seeing the sun for the first time.

But like almost every movie I’ve seen that benefited from being watched in the cinema these films are at least partly about spectacle. Movies like Alita: Battle Angel and Godzilla: King of the Monsters are improved by a giant screen, because it emphasises what is already part of their appeal. But there’s nothing about a film like Booksmart which is improved in the same way. I enjoyed the film immensely, it’s possibly the best I’ve seen this year, but nothing about my experience watching it could not be replicated in my living room.

This is not to say no smaller films break out today. Many of the more notable recent box office success stories like Crazy Rich Asians and Ocean’s 8 did so because they provided the kind of stories that could not be found anywhere else. Both could probably have been just as successful on streaming services, especially given the recent success of Always Be My Maybe, but their uniqueness was their appeal. This is likely also why The Favourite did as well as it did. But it must be remembered that the appeal of representation is an arms race. What is progressive today will be the norm tomorrow.

Then there are horror movies, possibly the only genre for which audiences actively seek out the experience of watching it with others. This is why Blumhouse’s output is so consistently successful, and why a film like A Quiet Place can outgross some Disney blockbusters.

Hollywood is a famously conservative industry, incredibly resistant to change and almost always behind the times when it comes to what its audience actually want to watch. They spent the late 60s throwing money at elaborate, gaudy musicals long after the public had abandoned them. They spent the late 70s funding increasingly bloated passion projects no one wanted. The backstory for Late Night, which was bought at Sundance for $13 million, is a story straight out of the 90s indie boom, but Hollywood has not yet caught up with the fact that, given the choice, most people would prefer to watch it at home.

We shouldn’t be shocked by this. People stopped watching film serials in the cinema when television made that experience possible without leaving the house. Videogame arcades went out of fashion once games like Time Crisis could be run on a PlayStation. None of these are inherently bad things and we shouldn’t view them as such.

If Hollywood wants to keep selling the theatregoing experience they must realise they have to provide an experience that cannot be found anywhere else. They know spectacle is one of their main selling points, but don’t understand the word except in terms of scale, hence the scores of $200 million blockbusters full of digital destruction and battle scenes that blur together in your memory. But spectacle has nothing to do with scale. Panos Cosmatos’ film Mandy is one of the most visually remarkable films I’ve seen in years, a psychedelic maelstrom I would definitely recommend seeing on a big screen, which was made for less than half the budget of Booksmart. Even spectacular action movies like Dunkirk, The Matrix and John Wick 3 cost less than half the average budget of a modern superhero film. It’s not a question of how much you have, but what you do with it.

They also need to, and thankfully are to some extent, realising that diversity sells. People will pay a lot of money to see people like themselves in fiction, but despite every indication Hollywood has been wilfully blind to this, even after films like My Big Fat Greek Wedding and Mamma Mia became some of the most profitable hits of the 2000s. It’s only recently with films like Wonder Woman and Us that they’re finally giving in and discovering how much their audience want something they can relate to. But they have an uphill battle to fight, as other mediums have raced ahead in this regard for years now. Love, Simon looks downright quaint in the era of Sense8 and Pose. Booksmart is great for queer representation, but so is much of Netflix’s output. To stand out today Hollywood must not only embrace diversity, but combine it with what it does best.

Above all Hollywood needs to rediscover the fact that film is above all a visual medium. People love it because it can create the kind of images nothing else can and show them off in unparalleled ways. We live in an age when the experience of watching grounded, small-scale, realistic dramas in which actors stand around talking to each other in real locations can be adequately recreated on a television screen. For cinema to survive in this new world it must embrace what makes it truly special.