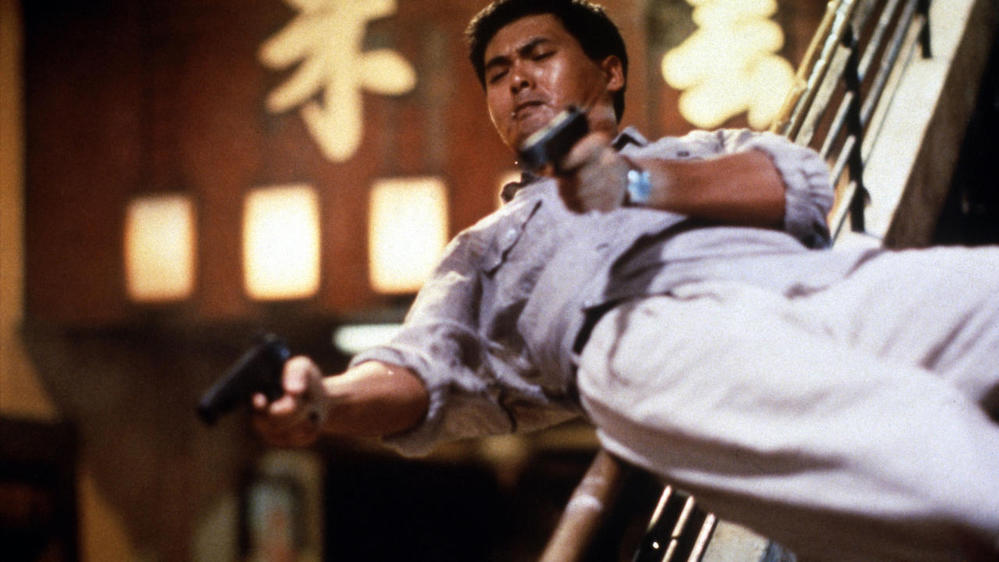 Are you going to be in the San Francisco Bay Area on Saturday, August 17th, or know someone who will be? Join us at Oakland’s Uptown Nightclub for 1UPtown, a night of video games and movies. This month we’re screening John Woo’s 1992 action masterpiece Hard Boiled. Starring the incomparable Chow Yun-fat (The Killer, Crouching Tiger Hidden Dragon) and Tony Leung Chiu-wai (In the Mood For Love, Infernal Affairs), Hard Boiled is one of the most exhilarating and influential action films of all time.

It also features a newborn baby saving Chow Yun-fat’s life, and why would you want to miss that?

While Hard Boiled is screening, play some of the video games that it’s inspired over the years!

1UPtown is presented by the Museum of Art and Digital Entertainment (MADE), lewtonbus.net and the Uptown Nightclub. A portion of the bar goes to benefit the museum, so you should double-fist some booze while our Hong Kong heroes double-fist guns and fly through the air in slow motion! RSVP via Facebook or Eventbrite. It’s free! Can’t beat that.

The Uptown is located just around the corner from the 19th Street BART Station and is wheelchair accessible. 1928 Telegraph Ave, Oakland, CA 94612.

Review: SCARY STORIES TO TELL IN THE DARK Previous
Review: MY FAVORITE SHAPES Next