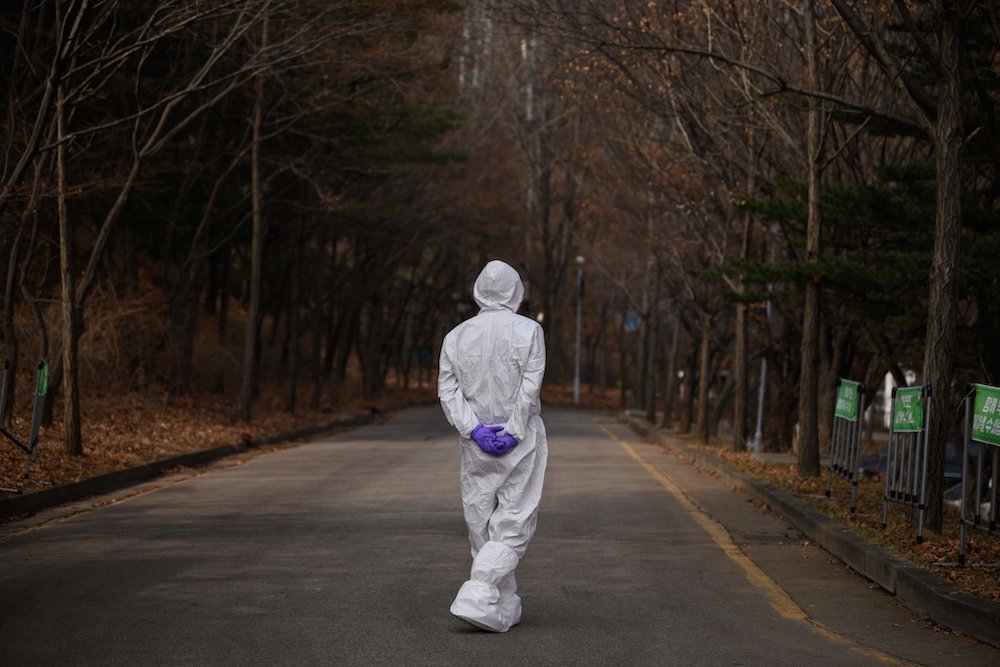 “Seriously. Where am I gonna get toilet paper?”

Okay, let’s see, what is this movie about?

Hmm. Something about this sounds familiar, but I can’t quite put my finger on it.

Well, whatever it is, I found this movie extremely resonant and satisfying right now, and I highly commend it to your attention, whatever your, y’know, personal circumstances.

If in this dire time of physical isolation you need someone or something to lean on, I heartily endorse Bill Withers and Still Bill, the 2009 documentary about the legendary singer-songwriter. It’s an intimate portrayal of a quiet and thoughtful artist, focusing on his philosophy and his personal relationships. The film is raw, but not in an unpleasant way. Following, and largely narrated by, a sensitive man1 in a way that feels honest and familial.

Withers passed away last week at the age of 81, which would be tragic in the best of circumstances, but nowadays we really could use the man behind “Lean on Me.” Luckily, his music lives on.

I don’t much go in for YouTube videos or web articles with catchy (or “clickbait” depending on how cynical they make you feel) titles or headlines. A thing has to really click with me to earn my interest. So when I saw a recommended video titled “Why Snow and Confetti Ruin YouTube Video Quality” I clicked it, because it was something I was actually curious to know about. Thankfully, the video was very well made: totally comprehensive and thoroughly (and visually) explained, and therefore easy to understand. It also had winning graphics that served the education in an engaging way, as well as a nice sense of humor, a casual tone, and a pleasant British accent (which Americans always like to hear from people explaining smart things) from the host of the video & channel, Tom Scott.

This video led me to watch (and be recommended) other videos of his, and I’ve begun watching more of them as my interest is piqued. There’s a variety of the series he and his team do, with general focuses on areas of science, computer science, engineering and math[s]: there’s The Basics, which includes a video that explains exactly what CAPTCHA is and why they keep making new ones; Amazing Places, which are shot on location; Tom’s Language Files, which is all about linguistics (and why computers aren’t as good at it as us); Bugs, Exploits and Computer Minutiae, Built for Science, Things You Might Not Know, and more.

I decided to get a plant for my bedroom because of this video about stale air. As a video editor, learning about video stabilization, the lower quality of dark video, and how green screens worked before computers is right up my alley. There’s even a video about why you can’t implicitly trust Tom Scott, which is a humanizing video about erroneous research and source-checking as Tom walks us through a video he made for which he found much conflicting information. What really gets me into these videos is Tom’s hosting personality, which blends a sobering down-to-earth practicality with a hopeful outlook. So far no subject I’ve decided to click “Play” on has left me anxious.

The Mad Max movies have all been directed by a genius, and this series is probably in the running for the ‘Best Franchise, Period’ before you even get to the incredible masterpiece that is Mad Max: Fury Road. But I actually want to talk about the very first (and what some would consider ‘least’) entry in the series, Mad Max.

I have been in the mood to revisit this series for a little while now, and perhaps it’s the social distancing, but this movie hit me a lot differently and more immediately than it has in the past. I just kind of want to live in this moment with Mad Max, which I think I appreciated much more this time than I have since I was 13 years old. Simply put, it’s a stunning first attempt. It’s really fully-formed in so many odd ways.

People get hung up on Miller’s action style (because it’s revelatory) but Mad Max is this amazing movie where almost all of the world building is offhand, in a way that I absolutely love. The way everyone talks in this movie is so considered and particular. There’s poetry to it; “Perhaps it’s the result of an anxiety…”2 It’s all very Diamond Dogs, and that is my particular brand of Apocalypse. The way the cops are always half dressed and screwing around in the rubble of a rapidly decaying police station is such good visual storytelling. The world is crumbling, but people still have to live in it.

I think if this was all simply about a well-maintained vibe, I’d have simply enjoyed the film again, but quickly moved on to The Road Warrior. I think now is a good time for me to have rewatched this movie, because the particular societal malaise and regret and fear in Mad Max feels exceptionally current given the anxiety of a socially isolated society.

It’s all in the transitional stuff. The road birds feeding on the corpses of the auto-wrecks, letting us glimpse the hints of madness between major events that are always centered on a character’s emotional response to the hot, brutal entropy in which they dwell. Because all of this could have been so perfunctory; a cheap genre exercise that we’d cheer for as an afterthought. But the weirder touches like the diegetic saxophone music and the licorice-riding nightclub act are the kind of thing a lesser filmmaker wouldn’t have done. Miller can’t help but inform every inch of the story with his particularly loud humanity. This is perfectly evidenced by the crucial scene where Max is telling Jess about his father in what is surely a comment about his own masculinity, but then you realize it’s actually about lamenting the loss of societal stability and the trust that we’d carry on as a people.

Mad Max really does inform the rest of the series. I see the DNA of each following film right here, and I sometimes wonder if we don’t talk so much about the artful, anxious wonder that is Mad Max because the next movie is a stone cold masterpiece. Again, if Miller didn’t have the need to tell a story and impart human truths within his own framework at a fundamental level, this movie becomes a simple genre exercise. A good one, but simply that.

Instead, it’s a study in the ways to tell story through abstraction at one level, and direct applied intensity in others. It’s a hell of a film.