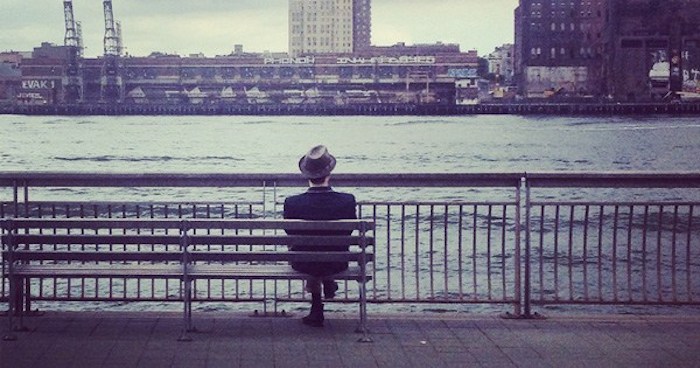 So: Cuties! Probably not going to destroy civilization if you watch it! Currently making a lot of peoples’ heads explode because they haven’t watched it and are convinced that it’s 90 minutes of underage exploitation film! It is not, at all, and is in fact the polar opposite with some phenomenal acting thrown in. It’s a thoughtful and heartbreaking look at an eleven-year-old girl trying to negotiate junior high, being a Senegalese immigrant in Paris, a very complicated family situation, faith, friendship, and social media through the medium of dance (mostly). One dance sequence in particular is about sixteen billion times better than what they got over in the Suspiria remake. The others are currently freaking out Ted Cruz, because he doesn’t understand the difference between depiction and endorsement. I endorse watching Cuties, even though it might be a minute before you look at the color blue the same way again.

As Lewton Bus’s Senior Dinosaur Correspondent, I feel I’ve been slacking in bringing you the quality paleontology content that you obviously visit film review sites hoping to find. I’m planning to properly remede that soon, but here’s something to tide you over until then: the Common Descent Podcast. Hosted by paleontologists and science communicators, David Moscato and Will Harris, this show mixes broad ranging scientific nerdiness and infectious enthusiasm.

Want to learn about how fish first came onto land, becoming tetrapods in the process? Here you go. Are you interested in mass extinctions? Sure, we all are. Common Descent covers a different one every ten episodes. Did the trailer for Oscar-bait biopic Ammonite get you hungry for more info on 19th Century female paleontologist Mary Anning? They’ve got you covered.

I’m a gigantic paleontology nerd, so I may be a bit biased, but I think the subject matter is so interesting, and Moscato and Harris so are silly and charming, that even the most casual of listeners will find something in the show to enjoy.

Hell, they even cover werewolves.

A classic of Canadian indie/college rock, 1988’s Love Junk is, in my opinion, an essential and endlessly listenable album. Every few years I essentially rediscover it and listen to it incessantly for a few weeks before moving on, and this month I found myself drawn to it once again.

It’s hard to pinpoint exactly what it is about the album that works for me, but I think a lot of it is the lyrics of Moe Berg, the frontman of the band and primary creative force behind the album (along with producer Todd Rundgren). The lyrics are intelligent and fun and often narratively driven, with sly jokes and little turns of phrase that can’t help but get lodged in my brain. Pair that with solid rock riffs, and it’s hard not to find myself tapping my toes and singing along quietly in the office.

The album only produced one hit single – “I’m An Adult Now” – but went platinum in Canada, sold well in the US, and featured moderate hits like “Hard to Laugh”, and “She’s So Young”.

But lately I find myself particularly drawn to “When The Sky Comes Falling Down”:

‘When The Sky Comes Falling Down

You want to sleep so deep that you rise

One moment everything becomes clear

You want the sun to stop shining so bad

That you just close your eyes’

I’m a big-picture sort of thinker, and that means I’m always excited to talk about the larger implications when something becomes unexpectedly popular – whether that’s a sleeper hit, a neglected work being reevaluated, or a small-scale project that gains large-scale attention. When it comes to the last category you don’t get many better examples than Undertale, the 2015 video game made almost entirely by one man that became a worldwide phenomenon.  That struck home for me when I watched the concert released this past Tuesday for the game’s 5th anniversary1.

Four decades ago, a disco version of the Star Wars soundtrack topped the Billboard charts. It was a novelty record, to be honest, but the idea of “novelty” means something very different now that the entire apparatus of pop culture has shifted around it. After five years — an eternity on the Internet — Undertale is enduring in a way not much else is. The game’s clever design, surprisingly deep narrative and characters who have become embedded in culture even beyond being memes show how much staying power it has on multiple levels.

Quite aside from all of that, this is a really well-performed concert, that’s fun whether or not you know these songs. The arrangements completely change the quality of the songs, giving them dynamics and depth they never had in the game. Plus, there’s a guy on hand with sandpaper to simulate the static in “Your Best Nightmare”, and a big goofy woodblock for “sans”. You gotta love it.

One of the most interesting and compelling shows this year has been Perry Mason. A darker, sadder, angrier retelling, our titular hero is thrust into the middle of a violent, terrible murder. The world depicted in Perry Mason is gloomy, cynical, and corrupt – and as Adam Serwer of The Atlantic points out in a new essay, the police who work only on the side of the powerful and not for truth or justice are terrifyingly accurate to real life. Federal documents from the 1920s and 1930s show rampant police brutality, racism, bribery, and graft. The series shows police planting evidence, beating suspects for a confession, and coercion. Sound familiar? The essay points a finger at both the corrupt actors as well as the people who enabled them, and shows that Perry Mason wasn’t actually all that far off in its grittiness.

This past week, at the behest of a close friend, I finally filled one of my biggest gaps when it comes to 80s movies; the classic teen dark comedy Heathers. The film which stars Winona Ryder and Christian Slater just as they were rising to stardom, is a hilarious and harrowing tour-de-force that found me equal parts amused and horrified. Perhaps one of the most prescient films ever made, the story of two troubled teens enacting violent revenge on those at the top of their high school’s power structure and the way it spirals out of control presaged to an almost horrifying degree the epidemic of school violence that plagues the country today. That it does so in such a way that you at times catch yourself rooting for the characters is perhaps more terrifying. Carried by a stellar cast, the film truly earns its place in the 80s teen movie pantheon, as Ryder and Slater bring a sizzling and explosive chemistry to the screen amidst their assault on a wonderfully arch series of high school movie monsters. Altogether this creates a movie that’s a must-see, if you haven’t. It’s “so very”.