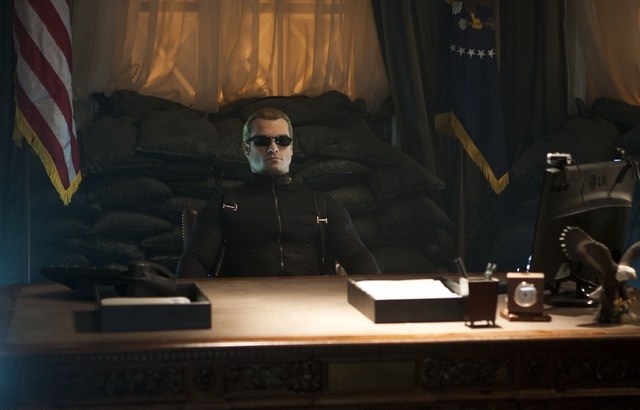 David Hoh – What We Do In The Shadows (FX)

Maybe it’s the autumnal chill in the air, or the recently-imprinted fear of other people, but I am in the Halloween spirit. I’ve been feeding this hunger recently with FX’s What We Do in the Shadows on Hulu. If you loved the 2014 film of the same name, written and directed by Jemaine Clement and Taika Waititi, then you’ll love the show! Because it’s more of that exact wonderful wavelength (Clement developed it for television and they both executive produce,) with new ideas and a brand new cast of characters. If there was anything I was left wanting from the film, it was simply more, and the series scratches that itch.

Set on Staten Island, the mockumentary follows four vampires and a human familiar through zany adventures, brushes with other supernatural beings & special guests, and tons and tons of gags. This is a very joke-dense show (It’s got Matt Berry for crying out loud! Every single thing he says is funny,) and the characterization and episodic structure are top notch. Draw back your curtains, put on your finest cape, and take a bite.

I’m currently mired in graduation stress, so my regular movie watching schedule of at least one a day has taken a big dip as of lately. Luckily, after a particularly rough day last week, I popped in Masaki Yuasa’s deranged The Nights Is Short, Walk On Girl, which proved to be just the tonic I needed. On its face, this anime is the story of a high school boy who desperately tries to get the attention of a cute girl in his high school, but what starts as a fairly rote story quickly turns into a hallucinatory dreamscape that switches gears every five minutes. In fact, more things happen in the 93 minute runtime of this movie than in most entire franchises. It came of to me as if the 2016 heartthrob anime Your Name got into some sort of fusion accident with Sion Sono’s 4-hour pervert epic Love Exposure, Leos Carax’ deranged arthouse stalwart Holy Motors and Charlie Kaufman’s nihilistic magnum opus Synecdoche, New York. And while I think it’s sort of cheat to just resort to that kind of namedropping, it’s the only way I can even begin to give you a clear mental image of a movie this sprawling and out-there. Just know that at one point a monkey riding a Segway that communicates through the cockatoo perched on its shoulder shows up and it’s at best the fourth weirdest thing in that scene. It’s perhaps one of the best animated films I’ve ever seen. Watch it.

Been playing No Man’s Sky. It’s a great, colorful game that invokes pulp 50s sci-fi and 70s Syd Mead sci-fi aesthetics. You play a space traveler slowly unraveling a mystery across the randomly generated universe that sees you resource gathering to power your suit and ship. You encounter aliens that make you nostalgic for the Star Wars Cantina all over again and piece by piece learn words to their languages as you go. It’s the type of game you immerse yourself in and gel with, getting ot it’s vibe and leaving all the mess of the world around you behind. You sink into its colorful, pulpy stupor and find a couple of hours have passed farming resources and building your space base before you’ve realized it. It’s a real balm for a world constantly flinging bullshit.