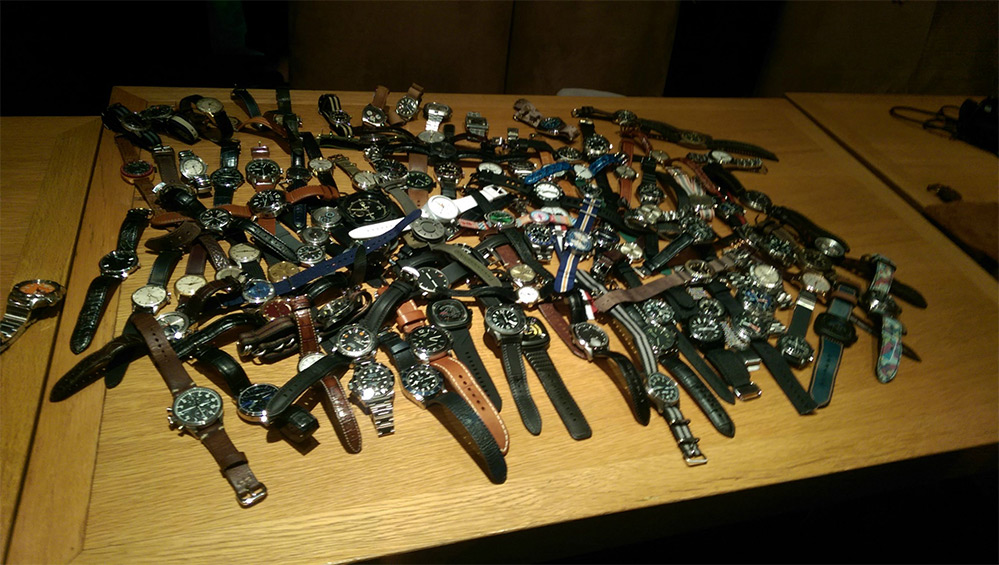 Hello, everyone! Hope y’all are still staying safe and all that. Due to the fact that I’m still preparing to move, and will probably be settled in my new home by the time this column is published, most of my watchpile is in various boxes at the moment. However, I’ll make up for that by watching as much from my watchpile as I can over the next couple of weeks, and I’ll just publish this when I feel like it’s long enough. With that said, let’s begin!

Clint Eastwood is a director I’ve only recently come around to being interested in. I’ve seen three films of his directorial oeuvre, and of those three the one I probably came closest to liking was his debut, Play Misty For Me, which is dry and shaggy but also manages to be legitimately thrilling in spots (the other two being the admirable but unsatisfying The 15:17 To Paris and the borderline maddening Sully). So while there’s a number of Eastwood joints in the watchpile, including some of his most-acclaimed work, Hereafter is the only one that wasn’t packed at the moment so I threw it on. Eastwood directing a script from Peter Morgan (The Queen, Frost/Nixon) seems like a strange fit on paper, as does the subject matter for Morgan, who explores territory that’s closer to M. Night Shyamlan’s first couple films than it is to what he’s most known for. To my surprise, the movie works. It’s uneven, and questionable decisions are definitely made on a script level, but Eastwood is well-matched to the tone and, together with his excellent cast, manages to make a solid film from it. It’s a low-key gem, which I was not at all expecting. Looking forward to continuing down the Eastwood road.

What a good choice I made following up Hereafter with watching Brian De Palma’s The Untouchables, because this movie slaps incredibly hard. Of the De Palma films I’ve seen, this is definitely the most straightforward about its aims and perhaps the most fun to watch. The ensemble is great, De Palma’s direction is fantastic and fun as hell, and Ennio Morricone’s score is *chef’s kiss*. Love it when movies are great.

Speaking of great movies: Jonathan Demme’s remake of The Manchurian Candidate rules hard. I was curious about this one following my viewing of the John Frankenheimer-helmed original (which is also great), and this is a fantastic piece of work. It updates the themes and setting perfectly, with everyone in the cast killing it — the main trio of Denzel Washington, Liev Schrieber, and Meryl Streep are especially fantastic — and Demme using his signature close-ups to incredible effect. Comparing the two, it’s hard to tell which I prefer, as while the Frankenheimer film is super well-made and feels traditional in that comforting way a lot of pre-70’s cinema is for me, Demme’s version is raw, blunt, and almost primal in its goals and is super unsettling in ways the original isn’t. Watch this one if you haven’t. I low-key loved it.

Also, this was the first film I watched in my new house! Good way to break it in.

Alas, the movie itself is just kind of mediocre. It moves at an okay clip for the most part and the cast is good all around, but it really loses steam at about the halfway mark and never really recovers. However, Diesel and Affleck are especially magnificent in their screen time, and the aggressive 2000-ness of everything provides its own charms. It’s not good, but I don’t regret watching it.

I could tell from the opening ten minutes that Sphere was gonna be a strange experience, at least by 90’s blockbuster standards. The way the film was shot and edited felt more faux-doc than “megabudget Crichton adaptation,” and it has a strange energy that I could only compare to indie dramas rather than its contemporaries in the event movie world.

Also, it’s a movie where Samuel L. Jackson speaks while on helium.

I didn’t like Sphere, but at the same time I am kind of completely in awe of it. This is not the normal bad blockbuster that comes from whatever John Q. Directorman is out there. This is the kind of film that comes from someone with an absurd grasp of their craft and it’s just getting away from them. This was a seriously interesting find, and I’m now excited to watch what are considered to be Barry Levinson’s good movies.

I mean, yeah, this is an extremely well-crafted movie from one of cinema’s great underrated auteurs, with stellar work from a fantastic ensemble cast, that serves as a reminder of how the right creative team can take a script that seems a bit over-complicated on the page and make it soar. But, alas, my lizard brain only wants to talk about CAR CHASE CAR CHASE CAR CHASE. And you know, that ain’t a bad thing… THOSE CAR CHASES THO

The HBO series Westworld was… not one I was encouraged by my friends on the site to watch. I saw the pilot when it dropped and thought it was great, but the folks here who rode out the first season (and continued beyond) weren’t particularly huge on it. However, after hearing some interesting things about the Michael Crichton-directed film that the show was based on, I decided to give it a shot when I found a used Blu-ray. And yeah, the film is good! Feels slow for its 89-minute runtime and isn’t all the way there on a dramatic level, but the fun stuff in the film is really fun, and I’ll take any excuse to watch Yul Brynner do his thing.

It is bizarre to look back at the late 80’s and early 90’s and see how popular courtroom dramas were. Take Alan J. Pakula’s Presumed Innocent, for example. It made $221 million worldwide, which is eleven times its $20 million budget. It was Warner Brothers’s highest-grossing film of 1990, and the eighth highest-grossing film of the whole year. That could not happen at all today, yet in the early 90’s that was just a common occurrence; a totally normal thing to happen.

Also, it’s a movie where Harrison Ford is shown sucking lustily on a titty.

I started Presumed Innocent at a sort of remove, more amused by how quaint the film’s success at the time seems now than by the movie’s actual content. But, over the course of the film, I found myself getting really into it. The reason why can come down to two names: Harrison Ford and Raul Julia. Their performances in this movie are incredible. Julia steals most of his scenes as Ford’s suave lawyer, and Ford himself turns in one of his trademark effortless movie star turns. It’s amazing to watch Ford work his magic, and his turn here is him firing on all cylinders. He’s one of the best leading men the screen has ever seen. Add in a solid John Williams score and some great Gordon Willis cinematography and you have a seriously compelling film, one that deserves to be remembered as more than an example of a strange Hollywood trend.

And that’s it for another edition of Mavis’s Watchpile. I’m all happy and settled in my new home now, and ready to keep making my way through the stacks. I also want to make a statement. As I was writing this piece, the United States has changed considerably. Following the murder of George Floyd by members of the Minneapolis Police Department, the nation has erupted in protests that have in turn been met with horrific displays of brutality by police departments, which have resulted in more innocent people being murdered. I just want to say that I fully support the protests and the #BlackLivesMatter movement, and if you can donate to appropriate causes, like this list of bail funds, please do. See you next time.

The BILL & TED FACE THE MUSIC trailer is Most Triumphant Previous
Off the Beaten Path: LOOK WHO’S BACK Next