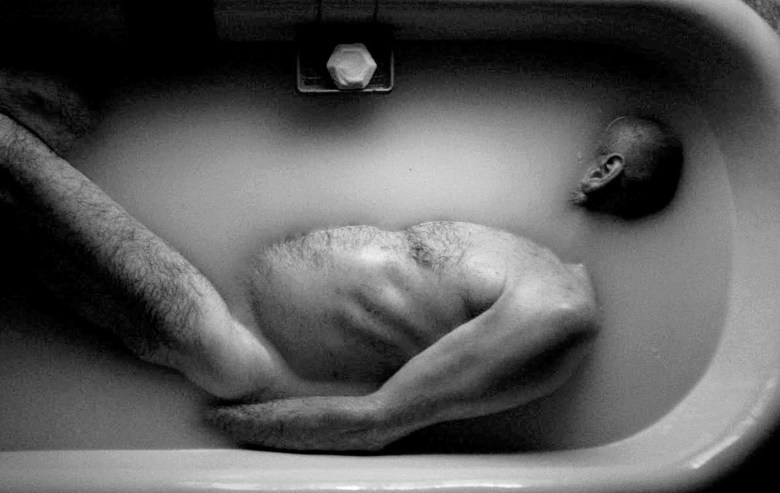 Tanner walks us through his favorite horror films of the year. 2016 is embarrassingly rich with tremendous films, in this and every other corner of the medium.

I have been an obsessive horror buff since the glory days of slasher franchises in the 1980s. The genre’s catalog is deep and wide, and I’ve spent decades exploring it. In a good year, I might encounter two or three new horror films that rise above generic conventions and remind us why so many of us love this vicious, cathartic genre. 2016, however, is embarrassingly rich with tremendous films, in this and every other corner of the medium. I kept my list to five, and these are biased to my native language and geography just by virtue of availability.

What’s missing that I wish I could smuggle into a tie somewhere, but just don’t have room for, is Train to Busan which is a delightful, big-hearted re-invention of the exhausted zombie genre. Between this and Girl With All the Gifts we seem to have found our way out of that rut. Anyway.

The Autopsy of Jane Doe

I’m cheating but I honestly can’t choose. In any other year these films would cap my list. Green Room, Jeremy Saulnier’s followup to his wonderful, understated crime thriller Blue Ruin, is a lean and exciting action-horror piece that does fine work dehumanizing Nazi fucks in a year when they are in need of some brutal dehumanization. As far as vicious murder fantasies go, taking bats to racist skinheads is about as satisfying as I can imagine. Patrick Stewart is terrifying as the villain here, a quality I had no idea he possessed. This and Star Trek: Beyond are superb premature sendoffs as well to Anton Yelchin.

Autopsy of Jane Doe is anchored by touching performances from Brian Cox and Emile Hirsch. Their turn as father-son morticians investigating a particularly weird corpse is surprisingly moving, and transforms an already competent and unique ghost thriller into a memorable family drama. Much has been said about Ophelia Lovibond’s deceptively complex work as a vengeful corpse, but truly, I have never been so terrified by an inert body.

This is a divisive film, for fair reasons. Its pacing is moderate. Its story is relatively slight. Its setting is bleak. Its horror elements are never overtly understandable as external or internal, at least not until the film’s end. All of the qualities that alienated many viewers (and I really don’t fault them their preferences) worked beautifully for me. It’s a film that first confronts our modern tendency to dismiss superstition with some actual good old fashioned cinematic supernaturalism, but that then in turn challenges us to rethink what it puts before our eyes. Its period setting and writing are possibly unmatched, and the hysteria that these extremists whip themselves into over incomprehensible experiences is relatable even now; modern extremists are no different. The performances are superb across the board; Ana Taylor-Joy has to balance portrayal of belief, skepticism, childishness, and sexual awakening, all while maintaining a puritanical formality in all things. She draws us into the mystery and her ultimate choice, which I know doesn’t work for some, struck me as an embrace of power and freedom.

In some ways Sophia Takal’s Always Shine is the most literal of the recent horror responses to Hollywood abuse of self-image – it plays a bit like a parting of the curtain after the metaphorical terrors of Starry Eyes and The Neon Demon. The two leads, actors and best friends whose diverging career trajectories begin to divide them, are victim only to human jealousies, not demons or vampires. The film itself makes light of cultural insecurity about the horror genre, the idea that to be a legitimate cultural artifact a horror film can’t feature the supernatural. It’s a ludicrous notion and I appreciate the complexity of the commentary from a film that, in itself, avoids supernatural horror.

The leads, Mackenzie Davis and Caitlin Fitzgerald, are tremendous. Davis, as Anna, attempts to adopt her best friend’s physicality and social behavior – this is a remarkably nuanced performance, layering self-delusion, genuine psychosis, and despair all without abandoning believability and likeability.

This is a gorgeous, disturbing, slow burn of a film with formal innovations that left me shaken and exhilarated.

Another deeply divisive film (a theme this year), Neon Demon is jarring, austere, frustrating, and absurdly beautiful. Ostensibly a vampire film, Neon Demon fearlessly wields and undermines misogynist tropes in service of a critique of a cultural of artifice, with an arrogance that only Refn can get away with (maybe). The male gaze is everywhere here, it expects women to conform to how men want women to behave and look, it wants to see women fuck each other and devour each other. I read this film essentially as a warning to steer clear of Refn himself and other artists who exploit participants in their ruthless visual game-play. It is a difficult film that rewards reviewing and reconsideration, a rare film that is both stunningly gorgeous to watch and hear, but that ultimately acknowledges the shallowness of its own craft.

I appreciate its complexity, and the debate that it has stirred. Refn has been, and should be, challenged for his portrayal of women. This is precisely why this film is, in my opinion, important. He shines a light on misogyny by shining a light on himself.

1) The Eyes of My Mother (Nicolas Pesce)

The Eyes of My Mother

I have little yet to say about this film. It upset and stunned me in equal measure, and I’ve yet to really process my response to it. I do believe that it is one of the best and most important films of the new century in any genre, and that time will treat it well. It is profoundly horrifying, but portrays its awful events with a delicacy that only makes it harder to take. It is such a beautiful film, and Kika Magalhaes is a revelation in a grotesque role that demands deep emotional empathy from its audience. She achieves this, sinking emotional hooks that of course are later torn viciously out of you. I can only guardedly recommend this film because I don’t know how much of my response to it is entirely personal. I only know that it affected me like nothing else this year.