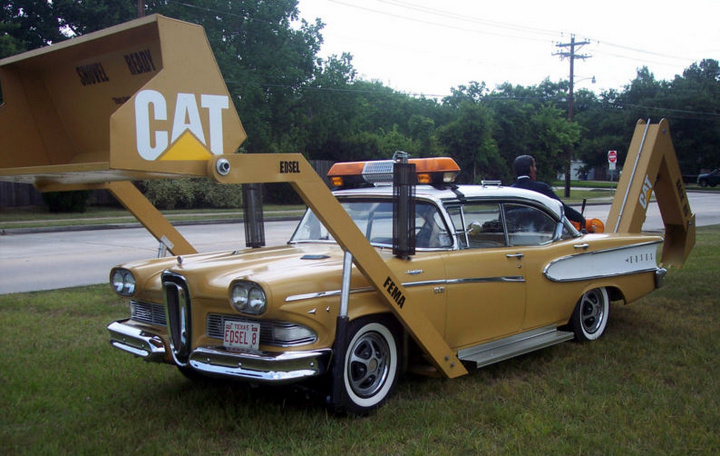 Each week the Lewton Bus gang will get together and write up a brief account of something we’re digging hard on this week. It can be a movie, TV, music, or anything, really! Except this week, baby, because it’s FAST WEEK! So here are moments, elements, and bits from and about the Fast & Furious franchise that the gang is digging. Tell us what you’re digging about the F&F-verse the comments.

Yep, in a franchise known for fast cars, butts, and baby oil, what I really dig about it is character. While the abilities and temperaments may evolve from film to film, the core characters’ inner compass remains pointed to their own True North. The increasingly ludicrous plots may push them and pull them; it may cause them to swerve off-course, or to make decisions based on fear, or anger, but they always get back on track. In the end, even when their priorities change, it never feels like a betrayal, or like a convenience of the plot. Add to that a lovable mix of cast members/characters (perfected in 6, I think) and I could probably just watch them sit around a table for a couple of hours, shooting the shit, drinking Corona, and roasting Roman.

There’s a lot about superhero movies that appeal to kids, but a frequently overlooked factor is that from a child’s viewpoint, the real world is filled with superheroes. It’s aspirational, seeing people who can fly and do super-strong kicks and so forth, but to someone young it’s just as aspirational to see someone driving a fast car or getting a cool job.

I’ve never seen an F&F movie, but as someone who’s worked in teaching and childcare, I have to appreciate the way the series has carved out its place in the culture: Mixing the narrative and filmmaking hallmarks of modern-day heroism with aspects of grown-up life, so children and teenagers have an even less complex fantasy for their adulthood than normal.

The Onion, in its usual truer-than-true idiom, summarized the appeal of his dichotomy perfectly: Commemorating the release of the series’ standard-bearer of silliness Fast Five with this video of a five-year-old who supposedly came up with the whole thing, while the adults are as enthused as they would be for any other new release. It’s not meant completely kindly, but the truth rarely is – and besides, the supposed kid “Chris Morgan” is just so darned cute.

I’m digging the constant and wondrously absurd escalation that has become a hallmark of the franchise. Each successive film seems to ask “how can we go bigger?” and each one somehow answers that question. I don’t how Fate of the Furious plans to top skydiving cars, but I’m sure they’ll find a way.

Just look at him. Why wouldn’t anyone with eyes in their head dig him?

Plus he added some much-needed personality and mystique to a series that was notably short on both. I certainly wasn’t expecting a character half as interesting as Han to show up in Tokyo Drift, all cool detachment and ironic snack-snarfing, but thank the Internal Combustion Gods that he did. The smartest thing this series ever did was wrap back around on itself to answer a legitimately compelling question in between all the racing and MMA mayhem: how did Han end up in that particular state of ennui? Along the way, we got one of the best interracial relationships put on film in the past decade, made all the better because it just made perfect sense that the nice Israeli girl would go for the super-hot Korean guy. Not the Kung Fu Guy, not the Yakuza Guy, but the Cool Guy. Then it turned out that the Cool Guy was also the Guy Who Appreciates Your Ability to Drive the Wheels Off Things, and the Guy Who Recognizes Your Super-Elite Spy Skills, and then we were all Gisele. He’s great at hiding layers and layers of emotional depth under a reserved exterior, and the whole series would have collapsed in on itself without his ability to sell it.

I dig Sung Kang 365 days a year, but I’m digging him this week in particular.

Deckard Shaw does not care about you.

He will calmly eat dinner while knowing that you brought your entire arsenal to take him down, and he will turn your ass into grass before he can even open the wine.

Deckard Shaw does not care about you.

Pictured: No Fucks Given

Shannon Hubbell – Hobbs filling us in on his eating habits.

Luke Hobbs is a walking wall of muscle, machismo and one-liners. In the hands of anyone with less charisma than Dwayne “The Rock” Johnson — that is, anyone else on Earth — his character probably would have been intolerable. But we lucked out. Hobbs is wonderful, and he’s a major part of what makes the second half of this franchise work.

This exchange is where I fell in love with him. “Give me the damn veggies.” Classic. It’s a great example of the kind of cheeseball coolness that has come to define these movies.

Andrew Clark – The Opening of Furious 7

The Fast & Furious are not particularly subtle. Neither is this opening sequence from Furious 7, but this oner from director James Wan, who wanted to put us in the singled-minded focus of Deckard Shaw (the awesome Jason Statham), is a prize of economic storytelling and set-up. With a single Shakespearian soliloquy and a shot following the perpetrator as he determinedly but unhurriedly weaves his way through the insane levels of destruction he caused, we know everything we need to know about Deckard. He’s tough. He’s badass. He loves his brother and wants revenge, and by all accounts, has the ability to get it. He can even tear the shit out of an entire military convoy without rumpling his suit. Jason Statham only has 17 lines of dialog in all of Furious 7, but with this one shot, Wan and Statham are able to birth a character fully formed and ready to go in the series.

Well, there are some things we’re digging about F&F, folks! I mean, other than all the other things we dig about the series, that is. Keep on the lookout for more #FASTWeek content this weekend, and be sure to check out our Fate of the Furious review, too!

STAR WARS: THE LAST JEDI Trailer is Here!!! Previous
Spoilerdome: THE FATE OF THE FURIOUS Next