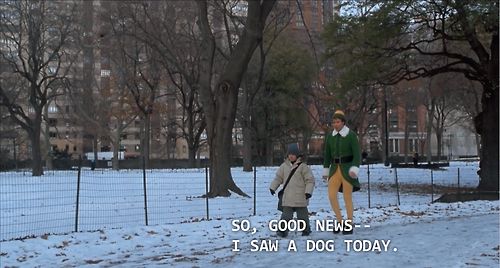 Each week the Lewton Bus gang will get together and write up a brief account of something we’re digging hard on this week. It can be a movie, TV, the Joy of the Christmas Season, music, or anything, really!

Cheery occasions like holidays and birthdays, featuring family-friendly stuff such as candy and sentimental music and clowns, are about as easy a setting for mean-spirited horror as you can imagine. Put a bunch of happy kids in a room tearing through packages to get at their Ninjago sets, then set loose an unwashed Santa Clause with a hatchet and boom: instant horror scenario that crosses all sorts of lines by swinging blades at children. It doesn’t take much effort to hit a low bar with this; it’s pretty fail-proof.

So when I talk about Christmas horror stuff, I’m mostly dealing with films that heavily rely on that easy trope, the dissonance between celebration and bloody murder. These films mostly aim pretty low, and that’s cool; they set out to ruin Christmas with machetes and gore and that’s enough for me.

If Die Hard gets to be called a Christmas movie, so does The Box. Richard Kelly’s gonzo adaptation of the short story Button Button has been in my head ever since I first watched it and it won’t be going anywhere anytime soon. I love this movie and don’t care what anyone else thinks.

Elf is a rare thing in the 21st century in that it so easily slipped itself into the canon of “Christmas Movie Classics” despite being a relatively late addition to a genre that most often resides in the latter half of the 20th century and what families were inundated with through marathons on ABC Family for years and years. I’m hard pressed to think of a more recent Christmas movie that has pulled this kind of coup off (Tanner’s Holiday Horror movies not-withstanding).

But it really earns its place, and more. Thanks to performances, writing, and a winking sense of humor that appeals to audiences of all ages, I can say I genuinely look forward to watching this each year. Its one of my top favorite holiday movies to put on, and since everyone has already seen it roughly one million times, its easy to float in and out of in the background of a party or at the end of a long day of drinking and eating with family and opening presents.

There is no better Christmas album than Mariah Carey’s 1994 Merry Christmas, full stop. More than including the seminal song ‘All I Want For Christmas Is You’ (a contender for one of the greatest songs of all time) it’s a gospel filled ode to Christmas classics as well as that sweet little baby Jesus.

Mariah, at the peak of her vocal prowess, bestowed this great gift of Christmas music upon the world, and it is our solemn duty, every one, to listen and be grateful this holiday season.

Charles Dickens’ A Christmas Carol is such a ubiquitous part of the Christmas season that it’s actually easy to overlook it, at least the book itself on its own. Despite the memefication of its central conceit and the countless adaptations (discussed here on our latest Bus Stops Here!), it remains one of our most universal and applicable human stories. The idea that none of us are beyond redemption, that reflecting on the moments and people and regrets that make up our lives can influence us to be better and strive for happiness and goodness and the betterment of those around us is more important than ever in these trying times.

That’s all for this week of Holiday-themed Digs, everyone. Be sure to stop by in between traveling and opening gifts and let us know what YOUR favorite thing you dig about the holiday is. In the meantime, from all of us here at Lewton Bus, we wish you and yours a happy holiday season.

A Ghost Story for Christmas: THE LEGEND OF HELL HOUSE Previous
LOOPER & THE LAST JEDI: Monsterhood, Parenthood, and... Next