Digging is back and bigger than ever 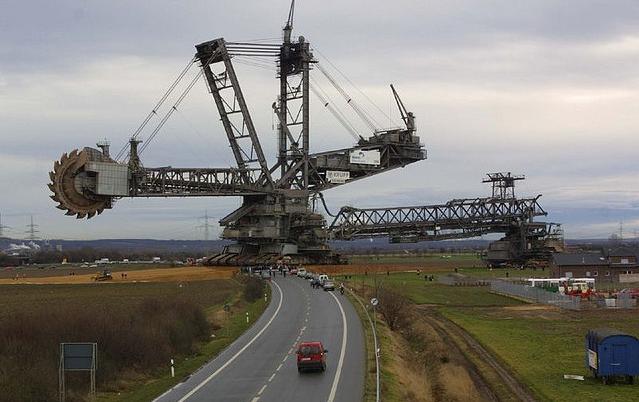 For the uninitiated, each week the Lewton Bus gang will get together and write up a brief account of something we’re digging hard on this week. It can be a movie, TV, the return of a weekly wrap-up list, music, or anything, really!

It’s nice to have a way for me to see what all my colleagues and co-writers are getting into so I can steal their writing verbatim for future columns.

Hap and Leonard, based on the book series by Joe R. Lansdale, is a fun television crime drama currently airing on SundanceTV. The show really captures the Lansdale voice on screen—by turns wry and morbid. James Purefoy and Michael Kenneth Williams, playing the titular characters, make a really solid pair and play off each other well.

It has the feel of a more grounded Twin Peaks: outré, Lynch-like villains and crimes in a small town.

The Boghouse Rat is digging Israeli Gun Control Laws, particularly the way that they get invoked ignorantly by stupid conservatives arguing that an armed populace is a safe populace. Israel has really tight gun control laws. That said, a mentally healthy Israeli who has either served in the military or is in their late 20’s can purchase a firearm if they prove their mental fitness, purchase it from a licensed dealer, register it, license it, and accept liability for it. Frankly, if we had those sorts of controls on guns here, I’d care less about the number of them out there.

(Ed. Note: If you are tired of unbelievably poor gun control laws in the United States, please consider donating to Everytown for Gun Control, an organization committed to supporting candidates and issues that will finally bring about meaningful change to the gun control debate and create a safer country)

Almost four months after its release, Assassin’s Creed: Origins is the gift that keeps on giving. Its newest DLC: Discovery Tour, allows you to take a break from the chaos of Ptolemaic Egypt to focus on exploring its beauty and what made it such a sophisticated and important civilization. The mode covers aspects like wildlife, political hierarchy and the craftsmanship that went into artifacts and temples with an astonishing amount of detail and care. If you’re a history nerd, it’s highly recommendable, and it made me appreciate this wonderful game even more.

Sports and fiction are two areas of culture that interact surprisingly rarely: Sports movies always seem to exist in their own little corner, with the rare exception being movies like Rocky, which involve the sport as little as possible, turning them into vectors for dramatic situations first and games second.

You could cite any number of reasons for this – the social divergence of athletes and artists probably hasn’t helped – but this week I’d like to Dig two stories I’ve experienced recently, that take the usually compartmentalized sports-story formula, and combine them with different genres.

Early Man seems like a departure for Aardman – nothing the claymation crew has done before really presages a movie about cavemen who have to play (soccer/football) against a tribe of people from the Bronze age. Once you take a look at what they’ve made, though, the hallmarks start to appear: The very deliberately artificial world filled with hilariously impossible people and places, the elaborate, tactile machinery, the classical, wordless physical comedy routines.

Above all, there’s the mid-century British humor, with just a drop of nostalgia – you have to be seriously familiar with, not just (soccer/football), but its surrounding culture, to really get the most out of it. And there really is a lot there – even outside of the astounding craft of having to animate an actual physical sport, it’s admirable to see something so specific in theaters.

Unlike all those, though, the spine of its story isn’t some epic journey to a final boss, but a career mode from a Madden or 2K game – you see, the hook of this story is “What if the Fellowship of the Ring was a basketball team?” You play as the manager of a team of exiles, seeking redemption and return to their homeland. The only way to get those is to conduct “sacred rituals” which are set down by the gods, and bear a suspicious resemblance to NBA Jam, complete with a whole league’s worth of opposing teams, different arenas with unique ground-rules, and an announcer who leans more toward Skeletor than Marv Albert. It’s a ton of fun.

Lee Child’s Jack Reacher has rapidly transformed into my favorite fictional character. Reacher is the platonic ideal of the American Sherlock Holmes: brilliant, calculating, stoic, but also a maelstrom of physical force when called for. Child’s dedication to detail and the insight Reacher offers in his investigations continues to be titillating and engrossing, twenty books in (I’m currently on Make Me).

I also recently completed the collection of short stories about Reacher, No Middle Name. My favorite part about these stories, other than how out-there they can get compared to the novels, is that we jump around Reacher’s whole life at a fast pace. Here he might be 17, or 24, or 13. Spending time with Kid Reacher is entertaining because it’s as if he’s always been the gigantic wanderer we know from the books. Even at 13 he’s slamming back cups of coffee and beating the holy hell out of people who deserve it.

Reacher, like many of the best characters in fiction, seems to have emerged fully formed into the world. And I wouldn’t have it any other way.

I am exhilarated. This is on a straight line from Cronenberg’s richest, most evocative work – a deeply affecting love story that packs a fierce rebuttal of hyper-systematized thought into a supernatural mystery. It hits all of its emotional notes with seeming ease thanks to its reserved characterization and masterful performances. It isn’t a showy film, but it is cautiously crafted and lets its drama crescendo without ever stepping on its own feet, a remarkable accomplishment for a film about a psychic girl. It’s easy to paint this as another spin on Carrie – telekinesis and sex are frequent companions – but I don’t recall a treatment of the idea that so acutely delivers the overwhelming heartache of falling in love the way this film does.

Guys, I know we’re supposed to have refined tastes when it comes to culture and art, and that probably extends to cuisine… but just look at this thing.  It’s a grotesque monstrosity that I can’t help but want to shove into my poor, abused digestive system.  10 meatballs, a bowl made of breadstick-seasoned pizza crust, three types of cheese, and loaded with pasta to the point that it weighs over a pound.  I’m pretty sure the indigestion this would cause could destroy the planet killer from “The Doomsday Machine” and yet I’m pretty sure I’ll do anything to just bask in its glory and then do disgusting things to it.  If eating one of these is wrong, then I don’t wanna be right.

I don’t mean to be so self-congratulatory, but really. I’m incredibly proud of what our little site has accomplished in the past few years. Most recently, the work that the Lewton Bus crew did for Black Panther Week is straight up phenomenal. We have a wonderful group of writers and it blows my mind that we have all of them on board. Seriously, folks, I am honored to be working with them. We’ve got a good thing going here, and it’s beautiful.

Hooboy, that was a big Digging to get us back into the swing of things! We hope you enjoyed. Don’t forget to let us know what you think of our digs down in the comments along with letting us know what YOU’RE digging this week. And be on the lookout for fun new Diggings from the Lewton Bus team in the near future.