Come for the Curry and Mini-Wheats, Stay for the Spies and Teenage Angst 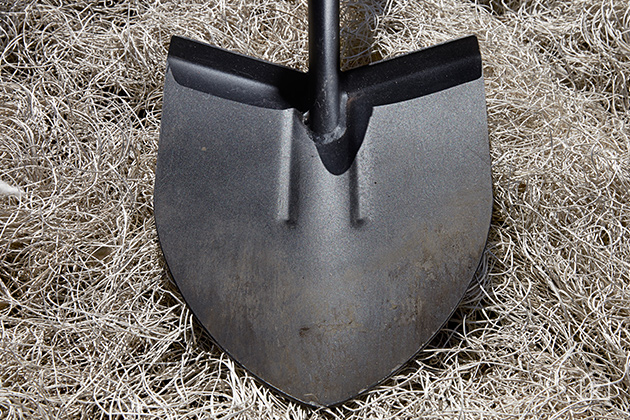 Each week that the intrepid editor of the feature isn’t overwhelmed with work, the Lewton Bus gang will get together and write up a brief account of something we’re digging hard on this week. It can be a movie, TV, music, or anything, really! Tell us what you’re digging in the comments.

I am deep in the trenches with the new season of The Americans – in its 4.5 years I can’t remember a single time when it’s faltered. It is a studious, slow, deeply evocative drama that spins inevitably tragic arcs across many seasons (“tragic” is no spoiler for this show, we know where history took the Soviet Union by the end of the 1980s). Keri Russell and Matthew Rhys lead an altogether stellar cast through complex webs of deceit, regret, and fear, all under the awful shadow of the first Cold War. For those of us who grew up during this period – I would have been about 10 years old at the time of this show’s setting – it is both a frightening return to the terror that our imaginations of nuclear war locked us into, and a gratifying relevation that everything we were so frightened of was orchestrated by unremarkable people stumbling through the dark just like us.

I am also digging unsweetened mini-wheats.

I would literally drink this for every meal if it was able to fill all of my nutritional needs.

The Shiverettes are self-professed “snotty feminist punks” and their debut album, Dead Men Can’t Cat Call, bears that well out. At turns self-deprecating (‘Obsessed’), and righteously (and rightfully) angry (‘Justice Robin Camp’), the album remains accessible (thanks to the title track, and  ‘Broken Record’ especially), while also avoiding the pop-punk trappings that might put it on your local Top 40 station sandwiched between Coldplay and Ed Sheeran.

In 2016, amidst the turmoil of the most despicable election in living memory and a seemingly relentless spectre of death hungry for the blood of our beloved celebrities, a glimmer of light shone through the fog of horror that was our crucible year: We’d soon be treated to more Gilmore Girls. A Year In The Life would be released to Netflix, chronicling a full rotation of seasons with the mother and daughter team of Loreleis beloved of anyone watching television during the 2000s. Well, almost anyone. In full transparency, I’d never been much for Gilmore Girls.

You have to understand that the 2000s were when I entered my 20s, and dudes transitioning into their 20s can be, well, assholes. It’s too bad I didn’t watch the show then, as the honest and complicated emotional lives of three generations of Gilmore ladies could probably have helped me navigate some of my own troubled waters with much more maturity and sense of comfort than I did. At the time, I’d seen an episode or two (more than enough for a dude in his early 20s to proclaim the absolute quality of anything at all) and thought it was a talky, cutesy, overly precocious, and saccharine mess that only teen girls would or should like. Like I said, assholes. In the runup to the new limited series, my wife decided to revisit the original 6 seasons on Netflix, while I joined in for episodes when I could. I probably saw about half the episodes in each season (she really breezed through it), and I found I really loved it. So much so that I decided I’d rewatch from the very beginning of my own volition.

This week has been a delight. Having found some measure of emotional maturity in the years since the show first aired (I hope), I’ve been so happy to let the complicated emotional dynamics, exceptionally witty dialogue, and wonderful and complete characters work their magic on me. I know I have some rough roads ahead. Rory’s relationships are a chore that make her a terrible friend, and Lorelei’s emotional immaturity and stubbornness creates blowups that I know are in the mail. But right now the people of Stars Hollow are happy and taking joy in their lives and choices, and each other’s’ company. And none of the drama is forced, but is rather a logical extension of who these women are as characters and what they hold to be important. Mainly, that’s eachother. And no matter how rough the waters will be in times to come, that will remain constant.

Sacrilegious as it may be, Jesus Christ Superstar is this Christian’s favorite musical. Whether it be the film version above, or the broadway show, or the original concept album, I love every interpretation of Andrew Lloyd Webber’s masterpiece. Carl Anderson’s Judas Iscariot in the stage and screen rendition is filled to the brim with energy, spite, confusion and pain and he gives his all to make give a sympathetic translation to one of the most infamous figures in all religion. On the other hand, nobody performs the role as Jesus quite like Ian Gillan on the original album. The former Deep Purple frontman uses his unreal vocal range and his effortless charisma to provide an impeccable version of the Son of God. This has been my go-to listening throughout the Easter season.

Allen Strickland – The Edge of Seventeen

If you know me at all you know that I was raving about this film when it came out last year. It made my top 5 films of 2016 and I was dying to see it again. Well I finally got my copy of the Blu Ray and it is just as good as I remembered. A devastatingly witty script and star turns by Hailee Steinfeld and Woody Harrelson make this a teen dramedy for the ages. It has an uncanny understanding about what life is like as an awkward teenager and if you’ve yet to see it, it is time to correct that mistake.

This week was a tough one, full of difficult life decisions and hard choices about the future that I have to look forward to. Cis people. Get your fucking country in order.

Anyway, so what I have been watching to distract myself from the horror of the world at present, in my attempt to fill in gaps in my knowledge of film history, in particular women and underrepresented groups, is watch the works of Shirley Clarke, off the releases by Milestone Films. Shirley Clarke was one of the great experimental directors for years and years and years, and almost no scholarly work has been done to revive her critical standing and elevate her into the canon that she was so thoroughly denied by previous scholarship. In particular, her film The Connection, available through Amazon Prime streaming, is a beautiful and metafictional film featuring an all Black cast, gay characters, form breaking discontinuity, genre twisting, and actually decent Jazz. Its a miracle, and that it is not a staple of avant-garde cinema education speaks to an overwhelming failure by the predominantly white, cis, male, hetero, christian critical establishment to look beyond their own biases and recognize the work of other great artists.

That’s all for this week, folks! Check back next week to see what we’re digging!