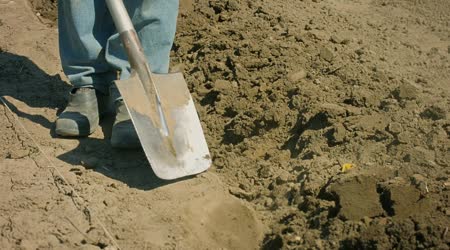 As a casual fan of the original series, I was curious about this Jonah Ray-starring reboot. As I’m writing this, I”m watching the Starcrash episode and am completely in awe of how well the show has adapted to modern comedy attitudes while retaining its personality. Ray, Felicia Day, and Patton Oswalt are all fantastic, and I’m very excited to watch the rest.

No way around it – The Dark Tower trailer is getting me really into the movie.

I’m not made of stone. When you show a kid with a really close parity to my own ~9-year-old self who is the lynch pin of a big genre-busting magical epic some lizard brain part of me just goes crazy.

I’ve been watching this thing.

I’ve been sorting through it all. Chewing on it. I finally just watched it in my TV. Initially, I wasn’t quite sure what to make of our first filmed exploits into Mid-World, but I think I’ve come back to the path of the Beam.

I’m on board. They’re doing some weird and interesting things here. And it looks in line with what I expected, reading between the beats. The key thing to keep in mind here is that they are not selling this to me. They’re selling this film to the people to whom I usually try and fail to explain The Dark Tower. People with no attachment.

This is a sequel to the books. It’s not an adaptation. This is the correct approach. Familiar moments and characters and beats will appear, but this is a version of the story that follows all we know has come before. This is the 100th cycle. Roland has the Horn of Eld. Walter (who knows the nature of the quest) is no longer a passive manipulator. He may even understand and have learned from his own mistakes.

This story appears to spread outward from the sordid weirdness of the Dixie Pig, rather than the static weariness of the Mohaine Desert. This actually makes sense as this feels a bit more like an ending, rather than a beginning. The story of the novels changed as King changed, and he actually committed to the themes established in the beginning. This wasn’t always easy to reckon with for constant readers, but I came to appreciate and understand the author’s intent in the later installments.

The Morricone touches in the score nail down that the DNA is here but with a clarity brought from a holistic lens, rather than a pinpoint focus.
The whole thing comes together at the end of the trailer, and cements what I really need from this film as Roland recites the Gunslinger’s Prayer over the final scene.

The spoilers and in-depth discussion can wait until everyone gets a chance to see this wonder of a movie, but for now, I’ll say this: James Gunn and the Marvel Studios team have produced a true gem with Guardians of the Galaxy Vol. 2. It capitalizes and improves on everything you loved from the first Guardians. It’s a deeply, deeply heartfelt movie that is side-splittingly funny, beautiful to look at, and touching in all the right ways. It might even be the MCU’s most emotionally resonant film yet.

Don’t miss out on this worthy addition to the MCU roster; the movies just keep getting better and better.

Addendum from Allen Strickland on the movie:

That says it all, I think.

Alien is my favorite film, and every year I revisit at least the first three films (Alien 3 is incredible, STFU). This year, I have the upcoming new film and Lewton Bus to thank for motivating me to rewatch everything – the original Tetralogy, even the Alien vs Predator films (check out our latest episode of Trash Time all about these).

I’ve been strapping on my fanciest damn cans (meaning headphones, for the rubes) and pouring over sound design in the original films, as part of deep research for a piece I’m writing. By bathing in details I’ve long admired but never fully studied, I’m opening up a whole new world of craft and rich thematics. Alien is an everlasting gift-giver, and I expect to be buried with my life-size xenomorph sculpture and plush face-hugger.

(I only actually possess one of these two things).

This week I’m digging It’s Always Sunny in Philadelphia. On the strong recommendation of several of my fellow Lewton Bus writers I gave this depraved sitcom from the mind of Rob McElhenney a chance, and it was a revelation. Made up of a cast of the most awful people you could ever imagine, the show follows the owners and employees of Paddy’s Pub as they hatch horrible scheme after horrible scheme and are just generally awful to each other and everyone around them.

The saving grace and the secret to the show’s success comes down to one simple phrase “the joke’s on them”.  No matter what happens over the course of the show, it never fails to make it’s core cast the butt of the joke and it’s positively delightful to watch these people ruin their lives. If you can stomach dark comedy, this is the show for you.

Only a few digs this week, so be sure to tell us what you’re digging down in the comments. And be on the lookout for more coverage and thoughts on The Dark Tower and Guardians of the Galaxy Vol. 2 as the rest of the week rolls on!

The TWIN PEAKS Marketing Campaign Continues To Be Awesomely... Previous
Nectar of the Godzillas: GODZILLA (1954) Next