A Baby Driver and 12 Monkeys...it's not the set up for a joke, it's just what we're digging this week! 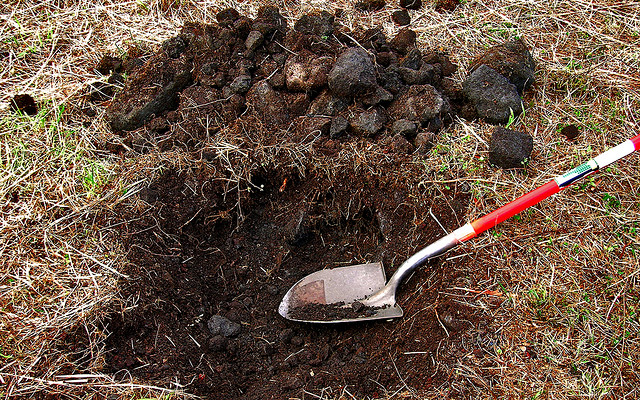 12 Monkeys is so much better than it has a right to be. It’s conceits are familiar: dude from the future trying to prevent an apocalypse; fish-out-of-water gags at the future guy’s expense; time travel triggering alternate universes from which our heroes must escape; every episode a new layer of mystery and incomprehensibly illogical movie-science shenanigans that will presumably never be resolved, etc.

The mysteries are very compelling, and the portrayal of decimated future America is convincing. It reminds me a lot of Netflix’s Travelers, another modest travel-to-the-past-to-fix-the-future show with modest means that really delivers the fun. I heartily recommend both shows to hungry Sci Fi fans.

Also, if you still need convincing, allow me to change your mind: Tom Noonan.

Bee McGee – 10 Things I Hate About You

Thanks to a sale on the Playstation Store I finally picked up Firewatch from Campo Santo, and it did not disappoint. Playing more like a point and click than your usual First Person experience, the game builds slowly, allowing you to make limited choices about your character’s history, and the way he interacts with others. I get the feeling after only one play through that these choices affect little in terms of the outcome of the game (at least, in terms of the central story), but are integral to how you experience the game. This seems both bold and unique (though I’m not a huge gamer, so I may have simply missed another title that does something similar).

The game is steeped in melancholy and mystery, building slowly as you both explore your surroundings and forge a radio-based relationship with your supervisor (at least that’s how it unfolded in my game). It’s a game about loss, about moving on, and about forgiveness, and it was profoundly effective and affecting. I look forward to playing through again with alternate choices.

Edgar Wright’s Baby Driver is a non-stop, kick-ass, breathless movie for the ages. The kind of movie that is so unabashedly cool and confident that if makes you feel slick as hell just for watching it. Wright, a master of pacing, editing, and action, is operating at a peak of craft here, and is supported by a cast featuring performances ranging from Jon Hamm’s scummy, dangerous Buddy, to Lily James’ beautiful and soft-spoken Debora.

And don’t even get me started on the soundtrack. This thing is pulse-pounding in every sense of the word. Strap into this movie and get ready for a breathless joyride.

I’m doing a rare double-dig this week because even though I just saw Baby Driver and I have to give it its due in the Digs, I also saw something else very special this week: the latest CGI Resident Evil movie, Resident Evil: Vendetta.

Now you might not even know that these movies exist. They certainly have nothing to do with the Resident Evils of Paul W.S. Anderson. No, these RE movies are in fact actual extensions of the popular game series. This means a number of things, the most important being that the plots are insane and they are incredibly badass.

Just take a peak at that scene up above, where fan-favorite and international super-agent Leon Kennedy and Muscle-head Juice-Bro Chris Redfield tag team an enormous cadre of zombies inside of an evil headquarters. All of their action is motion-captured by hardcore Japanese stunt performers with coordination by Kensuke Sonomura. It really shows what happens when you apply real physical performances to CGI combat because it looks and feels as awesome as any stunt-work I’ve seen on screen this year.

I’m not going to sit around defending these movies as great works of art (like I said, this is the third, following Degeneration and Damnation). They’re big silly excuses for folks to get creative with the cast and world that fans of the franchise have loved for years, and I love them for it. It’s also nice to see that the world won’t be entirely abandoned as the games (justifiably) have moved in a different direction as of Resident Evil VII.

I waffled a little about whether to put this here, but what’s the use of shame in the world we live in? I, an adult man, went to see Captain Underpants all by myself, in a theater packed with eager kids, sir-crazy in their last week of school. This only added to the experience, of course, getting me into a headspace where I could get excited about a movie so fiercely lowbrow.

That might not be fair, actually. The movie is a meticulous labor of love to irreverent, childish creativity. It’s irrepressibly silly, anti-authoritarian to a fault, more than a little cruel, but usually very gentle and moral. The cast seriously surprised me with how game they were for a world running on multiple levels of kid-logic – Kevin Hart in particular is a sight to see with how easily he disappears into jokes about evil toilets and the world “Uranus” – but the most impressive thing is how easily they manage to adapt the feel of such a unique medium into a cinematic form. This isn’t only a magnificent adaptation, it’s the best Bill & Ted 3 we’re ever likely to get.

That’s the digs for this week, folks! Let us know what you’re digging in the comments.

Review: TRANSFORMERS: THE LAST KNIGHT Previous
There's More to Michael Bay Than Meets Your Eye Next