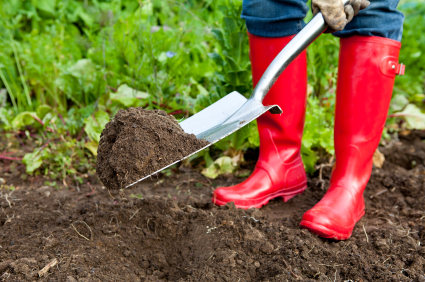 I’m not attending Comic-Con this year, but I made the hike down to San Diego on Wednesday to see some of the ancillary offerings. For my money, one of the neatest things I saw was the LAIKA Experience.

Occupying a small storefront at 520 Fifth Ave. in the Gaslamp, the exhibit features puppets, props, and entire sets from each of LAIKA’s four stop motion marvels. Getting a chance to be inches away from the Moonbeast from Kubo and the Two Strings or the Other Mother’s fantastic garden from Coraline is an incredible – and incredibly rare – treat. It makes you appreciate all the more the craft that goes into these remarkable films.

The exhibit is free to view, and runs through the end of the weekend, so definitely make a point to escape the convention center for a bit to check it out.

Star Trek is one of those creations I admire more than I actually like. The themes of cooperation and scientific ingenuity in service of humanity are certainly worthy of celebration. But for one reason or another, I’ve always found the movies and shows to be too…inaccessible and overwhelming for my taste. And even though I consider J.J. Abrams to be an extremely talented director, his take on the series never did much for me.

Enough positive word of mouth motivated me to check out Beyond, and oh boy does it deliver. Justin Lin, fully in command of his action chops, gives us a beautifully shot and ideologically resonant adventure that succeeds where the Abrams movies slipped. This time, the crew of the Enterprise feels like a unified, complex machine where every single member matters for a specific reason and has several moments to shine. This is in good part to the excellent chemistry among the cast.

It’s a terrifying premise told with unabashed optimism and earnestness, resulting in a fist-pumping experience from start to finish.

Contemporary (or slightly futuristic) noir detective stories can be hard. How do you manage to create the same sense of style and aesthetic that defined an era of stories when our culture no longer resembles what made those stories what they were? In an age where computers do all of our work for us, where private detectives mostly hunt and peck through emails instead of snooping around on stakeouts, there doesn’t seem to be much room for that old kind of detective story.

Sweterlitsch’s answer, in his neo-noir Tomorrow and Tomorrow, is rather inspired. Rather than ignore computers and the information is allows at a moments notice, he leans into it. Almost everyone in the world is hardwired into “Adware” which allows instantaneous connection to the internet and streaming of any kind. In this world, our main character is a detective of sorts. He sorts through an Archive of the city of Pittsburgh, having been destroyed in a bombing years before, and looks to examine the lives of people leading up to the blast. If someone died in the blast, then their families are able to sue for insurance, but if they weren’t…well, that’s where our detective comes in.

I’ll leave the rest of the story alone, because it’s fascinating to discover. Sweterlitsch does an incredible job of capturing noir sensibilities and translating them to this just-slightly future world, where our culture has embraced violence and sex as it’s main currency and America has embraced it’s baser instincts in an awful, but terrifyingly real, way. If you’re a fan of detective yarns, this one is well worth your time. It’s like if Raymond Chandler was writing stories set in Warren Ellis and Darick Robertson’s Transmetropolitan world.

Bee McGee – Valerian and the City of a Thousand Planets

Luc Besson has given us the film that it feels like he’s spent his whole career building towards, a gigantic, gorgeous, semi-messy sci-fi epic that is a shoe-in for cult status. It’s one of the most immersive and beautiful films I’ve seen in a while, and it needs to be seen on the largest imaginable screen.

I love food. I’m lucky as all get-out to have an incredible wife who is also an incredible cook while also having the personal skill from years in working in the food industry as a line cook. There’s really no losing in the Kuhlman household when it comes to dinnertime no matter who is manning the oven/grill/stove. And what is our favorite thing to do after indulging ourselves on tequila lime broiled chicken sandwiches or steaks with a vegetable medley? We ogle the creations of actual chefs on Food Network’s hit show Chopped.

The ultimate cooking show, Chopped seemingly melds the intensity of an entire season of Top Chef into an hour window with the mystery ingredient insanity of Iron Chef. I could watch hours on hours of Ted Allen making bad jokes in that sweet, sweet voice while the judges criticize someone for not cooking their Filo dough enough. Seriously, when will people learn that they need to start cooking their Filo dough sooner?!

It’s a short dig from us this week, folks, so be sure to leave a comment telling us what you were digging! We’ll see you all next week. Keep an eye out for more great content from Lewton Bus!

Review: VALERIAN AND THE CITY OF A THOUSAND PLANETS Previous
THE DEFENDERS Trailer Kicks All The Bums Next