If you like Hard Target, have we got the digs for you. Also, some video games. 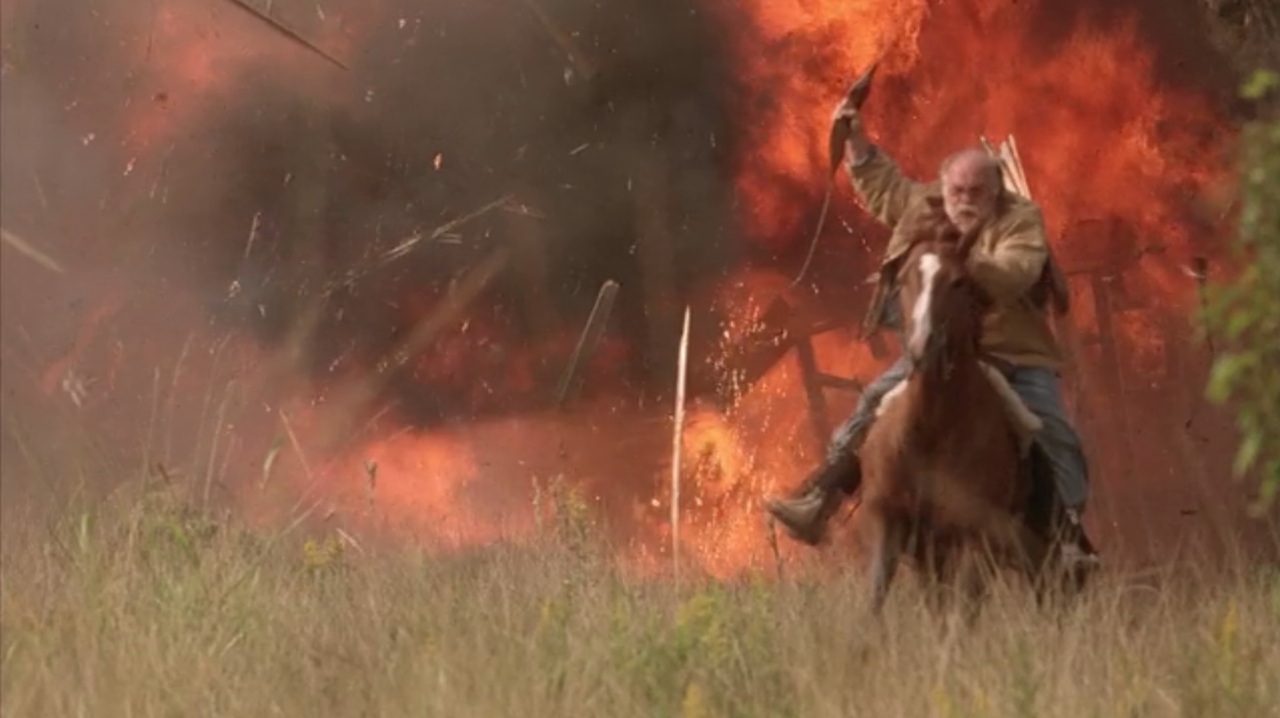 Each week the Lewton Bus gang will get together and write up a brief account of something we’re digging hard on this week. It can be a movie, TV, the love between a man and a squirrel, music, or anything, really! But mostly Hard Target. We really love Hard Target.

Having been recently displaced by Hurricane Irma, I suddenly had a lot of time to catch up on 2017 releases. However, while I caught a lot of films that I ended up liking (IT, Rough Night, Born in China, Logan Lucky, etc.) the film that has stayed with me the best was actually an older film: John Woo’s Hard Target. I was in love with this film from basically the first frame, with that Western-ass score, Jean-Claude Van Damme’s weirdly magnetic performance (and kickflips,) and some truly fantastic action. It’s already a new favorite of mine, and I cannot wait to rewatch it.

We all know the trope. A couple of ne’er-do-wells on a dusty street accost an innocent. A brave gunslinger steps out of the saloon, and he throws his coat back, revealing a worn leather holster and a Colt .45, ready to go. A shootout commences.

John Woo knew exactly what he was doing, creating Hard Target, a great ’90s Western if there ever was one. In this magnificent scene, everything about that old Western trope is fulfilled, only instead of throwing his coat back to reveal a pair of six-shooters, Jean-Claude Van Damme pulls his duster away to reveal his magnificent gams.

It is one of the great moments of cinema.

Reaching similar heights as the DC Animated Universe in the nineties and Disney’s best movies, this Nickelodeon epic saga took me by storm. It’s an emotional roller coaster full of lovely characters with rich arcs and interpersonal dynamics where even the minor ones feel fully realized, precise attention to design details and insanely high stakes that keep you screaming at your screen. It controls its tone like nobody’s business, making you laugh and shed a tear or two in the span of a single episode.

It’s a show I wish I had when I was a kid, not just because of its storytelling qualities. It has a very healthy ethos integrated with thematic intelligence and sympathy.

Prey from the crack team at Arkane Studios – the talented weirdos who created the Dishonored games – somehow consumed all of my PS4 shifts over the past few weeks. It’s sneaky that way – it’s so all-consuming and satisfying that I didn’t notice that I’d let a walloping 7% trophy completion eat so many of my spare hours. It’s expertly paced, revealing densely packed new areas and minute improvements to your armory in ways that unlocking a single door can reward you for a whole day’s worth of play. Its combat is fun and never frustrating, in part because it encourages creative monster-slaughter / avoidance at whatever speed you like. Emergent play is more or less a given these days but Arkane is unique in that they blend flexible mechanics with deceptively linear gameplay, marrying story and freedom in a way that is singularly captivating.

I’ve made my love of the Uncharted franchise known in this column in the past. I recently purchased the newest entry in the franchise, the spinoff Uncharted: The Lost Legacy. By forgoing Nathan Drake and instead focusing in on side characters Chloe Fraser and Nadine Ross, the game charts a bold new direction for the franchise. Everything you love about the franchise is back, with the addition of some bold new twists on the mechanics. This time set entirely in India, the story is a little more narrow and at 9 hours you’ll definitely blaze through the story, but it’s well worth the purchase and the play.

About a month or so ago, my wife and I caved and bought a used Nintendo 64. It came with some of the more famous titles like Super Mario 64, Mario Kart 64, and Super Smash Bros., but we finally caved and bought the titles we really were hoping for: Mario Party 1, 2, and 3. Mario Party holds up so well it’s astounding. The central conceit of a board game mixed with mini-games is evergreen, and it’s both a nostalgic kick as well as an in-the-moment blast to play. We’ve already logged a couple games this past weekend and we’re looking forward to spending a significant portion of our weekend nights in the future with these games.

Hard Target is pretty dope too.

Well, that turned out to be less Hard Target focused than I hoped, but thems the breaks. Let us know what you think of our digs in the comments and what you’re digging this week. Keep digging, friends!