We hope you like Wine, because Brian sure does 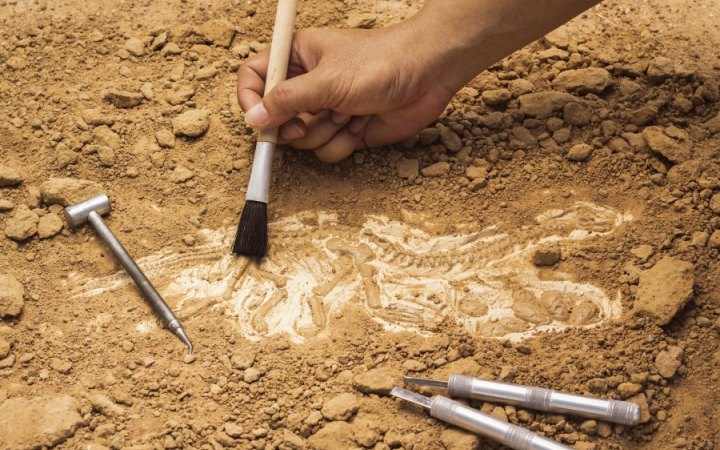 Things We’re Digging is a weekly feature where the LB contributors put forth thoughts on anything they care to think about. It can be anything from movies, books, TV shows, to the start of a new weekly series on Lewton Bus.

I missed this show when it aired. Actually, I should say that I avoided it. It looked lame and cringy and annoying (the characters, but also the mockumentary style), and I was more than happy to ignore it no matter how many people insisted it was good.

I had even given it a shot last year on Netflix, and after three episodes I tapped out not out of protest, but disinterest. Not even the burgeoning “will-they-won’t-they (even-though-I-knew-they-did)” romance of Jim and Pam fully grabbed hold of me.

And yet, I was drawn back to it at the beginning of this year. And I stuck it out through the first season, which is a bit too mean and a bit too stupid, but mercifully short. There are certainly some ups and downs throughout the course of the show; there are some lame duck episodes, and a few storylines that never really get off the ground.  But the ones that stick really stick, and by the time I got to the finale this week (which I watched twice, even though I would argue the penultimate episode is far stronger) I felt like I was saying goodbye to many close friends. I never thought I would be invested in Dwight and Angela’s weird relationship, or that I would be so happy to hear “That’s what she said” uttered on the show one last time, or that I would care that Toby had his moment of being included in the group. And yet I was.

Admittedly I didn’t care about Ryan and Kelly running selfishly off into the sunset, or Nellie finally getting her baby, or even Erin meeting her birth parents (and I love Joan Cusack, but she wasn’t given much to do)….

But it doesn’t really matter, The Office did what TV does best – explore characters and the human condition over time, and I am very glad that I finally dove in and discovered a show that will remain one of my favorites (I could write thousands of words more about this show, but I won’t).

The Girl Scouts are…controversial. Do they support gay and trans kids? Do they support reproductive health rights? It’s complicated. What’s not is the deliciousness of their cookies, and folks, we are in prime cookie season. It doesn’t matter that Thin Mints only taste like chocolate or that they don’t melt. They’re delicious and available on every corner for as far as the eye can see.

Special dig to Charlotte, the enterprising Girl Scout in Colorado, who sold who knows how many boxes of “momoas” by putting Aquaman on the boxes.

Will Hyland – The Bird with the Crystal Plumage

Did anyone make horror films like Dario Argento in his prime? His shot composition and nightmarish imagery are virtually unmatched, and while he’s most remembered for his later films like Suspiria or Inferno, his directorial debut, the 1970 giallo film The Bird with the Crystal Plumage, proved that he had it right from the start.

More of a straightforward mystery/thriller than his more impressionistic/surreal later films, the movie is nevertheless filled with the visual signifiers that would define his later work, as well as the delightfully offbeat Italo-schlock sense of unreality. It also features a chilling score from the legendary Ennio Morricone and terrific cinematography by Apocalypse Now DP Vittorio Storaro. Highly recommended for those who enjoy simply reveling in a movie’s atmosphere and pure craft.

Look, I’ll cop to being a snob about a lot of things, but wine isn’t one of them. Some years ago, science pretty conclusively established that wine and wine culture is more sizzle than steak. If supposed experts in “wine science” can be fooled into thinking a white wine is a red wine just by adding some food coloring, there’s really no point in getting all haughty about this stuff.

And yet…there’s Barolo. The supposed “King of Wines and Wine of Kings.”

About two years ago, a few days before leaving a job I hated, I ditched work mid-day to have a long beer-soaked lunch with a good friend. Afterward, instead of going back to work, we stumbled into a nearby highbrow liquor store, and then wandered down to their fieldstone-walled wine cellar (this is historic Boston, folks). There, we struck up a two-hour conversation with two also-drunk sommeliers about the fancy French and Italian wines they personally go over to Europe to buy every year. The sizzle they gave about one of these wines — Barolo — was so good that I ended up blind-buying a $30 bottle right then and there. To be honest, I tried to buy a much more expensive bottle, but they refused because it would be wasted on my uneducated taste buds. That’s the kind of place we were in.

So what was the sizzle? Why is Barolo the “King of Wines?” I’m so glad you asked.

Barolo is a red wine made from nebbiolo grapes, a varietal native to the mountainous northwestern Piedmont region in Italy. Nebbiolo grapes have a legendary history of their own. Explicit historical references to them date back almost 800 years, and its suspected that Pliny the Elder was bragging about them almost 2000 years ago while talking about the great wines of northern Italy. When the guy who (sorta) coined in vino veritas gets weepy about a grape, you listen.

Barolo is an even more baroque thing, though. Barolo can’t be made from just any old nebbiolo grapes. Oh no. According to Italian wine labeling rules, Barolo can only be made in a very small sub-region of the Piedmont. We’re talking about a dozen small villages comprised of a couple thousand people. That’s it. And even then, Barolo can only be made from nebbiolo grapes that are grown on a hillside under very strict conditions. If your vineyard is too flat or humid or has too much northern exposure — nope, not Barolo. Basically, Barolo is defined such absurdly specific fashion that its like wine snobs have leaped head-first into self-parody. But, then again, when your wine is a favorite the House of Savoy (who ruled in Italy, some or all of it, for 700 years), I suppose you’ve earned the right to be a snob about it.

So that’s the sizzle — but how does it taste? It’s pretty fabulous! All that silliness does an A+ job of tricking you into believing it’s the King of Wines. Nebbiolo is ruby red, dry, and robust–it looks like a light red but hits like a heavy one. Snobs will tell you it has notes of tar and roses or whatever, but what you really need to know is that this thing kills with a big fat steak, game meat, or heavy red pasta dishes. Just remember: if you’re going to break this out on a date or something, lead with the sizzle so you can Jedi Mind Trick whoever you’re sharing it with.

Or you can enjoy Barolo as I have been this week — by myself, on my couch, with a bowl full of cashews and a shitty James Bond movie.

This is a categorical apology for digging “crime” last week.1 Our society is designed to keep us safe2 and it needs inviolate rules to do that.3 Neither Lewton Bus nor its writers support any criminal activity for any reason.4

The Break is a Belgian murder mystery/psychological thriller on Netflix. I have a constant insatiable hunger for quality murder shows (RIP Hannibal) and I’ve been hearing about the recent glut of so-called Scandi-noir. The time had come.

It’s a slow-burner, like most Very Serious serialized shows these days, and it pays off – it’s precisely as twisty as you want from a big-city-detective-investigates-small-town-murder show (i.e. half of all murder mysteries ever produced), and features an electrifying lead performance from Joann Blanc. He is a burly looking fellow with a deceptively gentle disposition; when he inevitably gets too close to everything it’s a thrill to watch him dissemble.

Andrew Clark – Spider-Man: Into the Spider-Verse

It’s easy to bandy about terms like “classic” or “iconic” in ways that feel hyperbolic or superfluous in regards to (even worthy) art these days. Culturally, there is something satisfying about throwing a label on something that gives it the allowance of being Unconditionally Great without maybe having to back those claims up, or regard the piece in or out of it’s time.

I don’t necessarily want to do that for Spider-Man: Into the Spider-Verse, so I’ll do this instead:

Spider-Man: Into the Spider-Verse is the best theatrical experience I have had since Mad Max: Fury Road.

The two movies are of accord, I would say, in many ways that would take longer than this humble dig will allow, but I’ll cover the broad strokes. Spider-Verse is total cinema. It has verve and panache. It is funny and sad and beautiful and gripping. It is unique and innovative, yet more than pays homage to both it’s comic book roots as well as it’s cinematic ones. Everything from the writing to the cinematography to the action and score, and very much the performances, sings, and is in absolute harmony.

The love for this movie is well known on Lewton Bus. Allow me to add my voice to that support: This is one of the great movies of our time.

Another successful installment of Things We’re Digging complete! Be sure to check out our future editions as we see what everyone here has been appreciating lately. And stop on down in the comments to let us know what you’ve been digging lately…is it obscure wine? Or Spider-Verse? It’s probably Spider-Verse.

OFF THE BEATEN PATH: The Eloquent Sadness of Eva Cassidy Previous
Disney Rehires James Gunn for Guardians of the Galaxy... Next