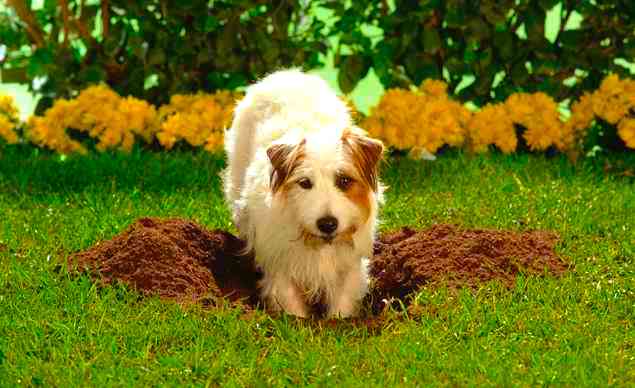 For the uninitiated, each week the Lewton Bus gang will get together and write up a brief account of something we’re digging hard on this week. It can be a movie, TV, that first delectable taste of ice cream after thinking ‘Oh boy I could really go for ice cream’, music, or anything, really!

Diane C. – Timeless/Legends of Tomorrow/The Magicians, and the March for Our Lives

This week, I’m head over heels for three sci-fi and fantasy shows. Do you like time travel? Knowledge of history as a super power? Smart female characters? Hunky dudes? Timeless and Legends of Tomorrow are both for you! Bonus: Legends of Tomorrow has one of my favorite characters, master of the mystic arts John Constantine. Speaking of magic, do you love spellcasting, evil gods, bonkers humor, f-bombs, storylines about dealing with depression, and sloths being turned into rats? Go watch The Magicians!

Now, I want to be serious for a moment. Here at Lewton Bus we celebrate film and storytelling; many times that storytelling is violent, an expression and reflection of culture at large. What we can never celebrate is real life violence, and when I see real violence in my community and see friends and families react in fear, it’s my responsibility to do something.

This is why this week, I’m digging the March for Our Lives rally. On March 24, I will be attending the march to support reasonable gun legislation to keep people safe from gun violence – and not just school shootings. An average of 50 women are shot and killed by an intimate partner each month. Women suffer about 5.3 million incidents of partner violence and abuse each year. We can do something about this.

Will you think about attending a march near you? You can look at https://marchforourlives.com/ for more information.

Last week in a fit of boredom I finally caved and took the advice of several of my fellow Lewton Bus writers, and started The Good Place on Netflix. Fast forward one week, and I’ve now watched every episode of the show out so far and am dying for more.

It’s hard to talk about this show built on afterlife wackiness without spoiling the plot, but suffice to say there’s twists and turns, belly laughs abounding, and characters with whom you can’t help but fall in love. With this show, Michael Schur proves once again, that when it comes to comedy, he’s got the golden touch.

If a single mention of a book fills you with a desire to go back and reread it, you know it’s the real deal. That was what happened to me this week, with the classic modern Gothic novel Perfume, about the life of the young man with the greatest nose in the world, who has the misfortune of being born in pre-Revolutionary France.

Just thinking about the book meant I had to reread it – I was filled with a passion I can’t help but compare to the protagonist’s frenzy to seek out the best smells he can find, and claim them for himself. The entire book has an offbeat and elaborate style that I find beyond compare – which part of why I’ve always been too scared to check out the movie version with Ben Whishaw and Alan Rickman.

H.M. Flores – Assassin’s Creed: The Curse of the Pharoahs

The ingenuity Assassin’s Creed: Origins1 used to play with Egyptian mythology was one of the most exciting aspects of the game. Its last story expansion doubles down on that by taking you to explore Thebes and the mesmerizingly surreal Duat (the Egyptian underworld), and as you’d imagine, weirdness is not in short supply. It’s all driven by a compelling mystery about the past haunting the present for its transgressions. Also, it has giant scorpions, instant win right there.

It’s funny. I’ve been playing the modern, rebooted Tomb Raider games recently, and it has jack squat to do with the recently released movie version. I actually forgot that that film was coming out. Instead I wanted some fun, adventury, kind-of-silly gameplay in order to pull myself out of a recent funk I had fallen into, and these games spectacularly fit the bill.

The 2013 “original”2 was a total blast, but Rise of the Tomb Raider builds and expands on that in the best of ways. I’m not generally a fan of making games open world just for the sake of being open world (I’m looking at you, Mass Effect: Andromeda.), but in this case the pseudo-open world really makes for a more dynamic experiece. Rise of the Tomb Raider brings in more RPG elements, including crafting (which gives you a reason to hunt animals other than simply gaining XP) and side quests. Granted some of those side quests are dumb as hell, including one where you need to catch five chickens and throw them into their coop,3 but in general it creates a wider scope compared to the relatively on rails story of the first game.

The story is rather silly (basically the traditional fountain of youth stuff) but the imagery is beautiful, the voice cast is excellent, and the combat and puzzle-solving are really fun. There are few things in gaming that are as satisfying as stealthily taking out a mercenary goon with a well-aimed arrow. Whether you’re silently sniping mercs or blowing them away in frantic firefights or running desperately as the landscape falls apart around you, the entire experience is exhilarating.

As much as I enjoyed the first of the new games, I felt it at times ventured too deep into bloody survival horror territory in a way that was a tad jarring. Rise of the Tomb Raider feels like a slight course correction. Don’t get me wrong, it’s still violent as hell, but you won’t find yourself wading through a river of blood surrounded by impaled corpses. Or at least not yet. Full disclosure, I’m close but I have not finished it yet, so maybe it’ll go all Texas Chainsaw on me soon. But as a whole it’s a wonderful Indiana Jones-esque adventure, and I haven’t been this engaged by a game since the last pre-Andromeda Mass Effect.

It’s a ton of fun, and I’m glad I’ve caught up with this franchise.

I recently made a trip to one of my favorite places on Earth, the Princeton Record Exchange. While there, I picked up a plethora of new music. One of my favorite things to do is grab one or two albums off music I’ve never before, so I bring it home and get to be pleasantly surprised (or sorely disappointed). It adds a bit of fun and mystery to the trip (and the used CDs are all less than $5, which makes it easy to do).

Anyway, one of my “mystery” picks this trip was Steve Perry’s first solo album from 1984. You might remember Perry as the frontman for Greatest Band of All Time, Journey. In 1984, the band was taking it’s first hiatus, and Perry came out with this album.

I knew I loved Perry’s voice, so my only trepidation is how often times solo acts don’t work out outside of the band. But a minute into the first track on the album (posted above) I knew I had made a good choice. ‘Oh Sherrie’ is a jam, and the rest of the album, with a really nice variety of sounds and styles, all buoyed by Perry’s epic voice, is fantastic.

There’s something softer about this music, despite it’s inevitable but welcome relationship to the music of Journey. Like Perry was able to use this solo album to explore more delicate areas of his voice and musical taste that arena rock wouldn’t allow.

Also check out ‘Foolish Heart‘, which I am really digging on.

It’s official. This has overtaken The Princess Bride as my favorite movie of all time. It’s the most cathartic movie ever made, one of the healthiest movies about the artistic process ever made, and is without a doubt one of the most gorgeous films ever made. I could watch this movie every day and not get tired of it. It hits Netflix on the first of April. If you haven’t seen it, get around to it. It is the greatest.

There Was an Idea... THOR: THE DARK WORLD Previous
My Favorite Movie Podcast: Casablanca Next