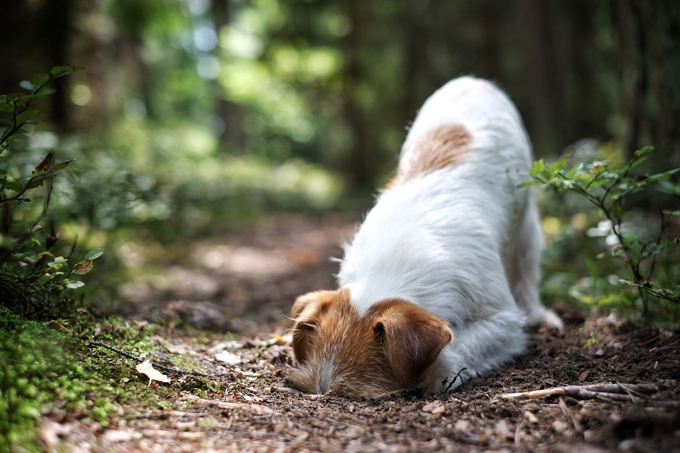 For the uninitiated, each week the Lewton Bus gang will get together and write up a brief account of something we’re digging hard on this week. It can be a movie, TV, finding a good reason to use ‘cornucopia’ in conversation, music, or anything, really!

Though it has already disappeared in the limbo from whence it came to grace us with ontological debates as old as time, I thought it worthy of mention. It rekindled philosophical arguments promised to spark fiery debates and laughter on Twitter Dot Com and reminded us that human nature means, deep down, being torn between the dichotomy of right and wrong, black and white, Ketchup versus Mustard, angry moustache dude, versus bald boi.

The American Chopper Argument meme is an artifact of a white, regressive and oh-so-entertaining eponymous1 TV show. This piece of violent delight had a family of bikers building choppers (NOT BIKES, you PHILISTINE) for wealthy customers. It made a providential come-back on twitter this week and helped some of the finest and most bored twitter users flex their meme-y muscles on these two bad bois.

This meme provides a theoretical frame for every scholarly argument: Star Wars, Lord of The Rings, the merits of Brutalist architecture (which it has none, let’s be honest) Renaissance portraits, heuristics vs hermeneutics, Catholic church interests in China, Garfield. I’ve read too many, tried to build my own versions, and waited for it to become meta, which happened yesterday, two days after it popped up. (one full day before I got bored by it). It is the perfect way to do a twitter thread without doing a twitter thread, and all you will get from publishing one is people arguing on your post about how it’s incredibly hard to read on a cellphone screen. This meme encapsulates the actual reason for everything we post on twitter: starting a conversation about anything, having it devolve about the medium itself, contemplating how miserable twitter makes us all, and ultimately destroying the meme after blaming it for everything that goes wrong, all of this out of pure procrastination in a God-forsaken week.

I loved this meme until death did us part. And I think I already forgot about it.

Imagine being a kid who’s generally easily scared and really attached to his toys. And then imagine finding out there’s an entire franchise of films specifically about a very scary looking toy who kills tons of folks. For most of my childhood, Chucky was the bane of my existence. Every single DVD, figurine or other merchandise that was even tangentially related to the Child’s Play franchise I spotted at a store or online would inevitably lead to bursts of panic and heavy sobbing come bedtime.

A whole lot of years later, I’m a guy who went to a screening of Takashi Miike’s Audition yesterday, so I feel comfortable saying my days of being a scaredy cat are over. But good ‘ol mister Charles Lee Roy still gives me the creeps, so I was less than elated when I saw the briefest glimpse of him in the trailer for Spielberg’s Ready Player One. I considered passing on it – did I really want to risk awakening all sorts of childhood trauma to see a film I was only morbidly curious about?

But when positive reviews started dropping in, I took the plunge. The first time the world’s favorite killer doll showed his face on my theater’s gigantic IMAX screen, I nearly shit myself. But, without spoiling it, the scene where the character takes center stage is easily one of the film’s best moments, capping off with an absolutely perfect punchline that’s the most mischievous thing The Beard has done in years. I won’t be submitting myself to further Child’s Play immersion therapy any time soon, but having my former childhood terror put a smile on my face already felt very fulfilling after all those years of being absolutely scared shitless.

No surprise, I’m picking Barry again. The second episode of the season is just as wonderful as the first, and you should all be watching it (HBO, Sunday at 10:30 EST). In particular, the show continues to balance comedy and drama very well and spares much of its precious running time to developing supporting characters. Anthony Carrigan and Sarah Goldberg just kloob at their roles.

The next thing I’m digging is Fortnite Battle Royale. Surely, you’ve heard of it. Everyone is playing it. The best thing about it is that it’s free and now you can play across different platforms. It means the whole LB crew and friends can play together. One of the things I like the most is that it’s pretty easy to learn how to play, and there is no best strategy. If you run around the whole time building forts that’s fine. If you want to hide in shrubs, that’s cool too.

Since I saw the trailer for this movie, I felt like it was specifically tailored for my personal sensibilities. Fortunately, I wasn’t disappointed. What impressed me the most is the confident directorial prowess behind it. Its clever use of noir tropes creates a genuinely captivating thriller and heightens the twisted comedy on display. It also happens to have excellent cinematography and editing, which made my trip to the theater worth my while. Not to mention Cliff Martinez providing another killer soundtrack.

Of course, a good part of my enjoyment came from the cast. Jason Bateman is always solid as an everyman caught up in terrifying circumstances, and Rachel McAdams relishes her role as a Harley Quinn surrogate of sorts. But the one that got the loudest laughs out of me was Jesse Plemons playing an ostracized cop with dubious intentions and an exquisite deadpan delivery.

Maybe it’s still early to tell, but I can see this one earning a spot in my Top 5 of the year.

Until literally this week (Monday to be exact) I had no idea this sensation had a name, never mind that there were entire YouTube channels (because of course there are) devoted to triggering the sensation. For my entire life I always just called it “the Tinglies”, or maybe “the Feel Good Tinglies”, both of which I like better, but I guess aren’t as clinical and specific as ASMR, which stands for Autonomous Sensory Meridian Response.

ASMR is a tingling sensation along the scalp, neck, and upper spine that is super relaxing and calming and even euphoric, and is usually triggered by auditory or visual stimuli. For more info you can check out the Wikipedia page, or watch the video above. ASMR Darling is the YouTuber who I have mostly been listening to this week as she has a bunch of different videos with lots of unique triggers, plus a soothing voice and interesting on mic persona. I’m probably the last person on the planet to know about ASMR videos, but in case I’m not, I hope this opened your eyes to a whole new world of relaxation. Seriously, I have had the most relaxing week.

This live production of Andrew Lloyd Webber’s masterpiece, half-arena concert and half creative stage production, is without a doubt the best thing that has come out of the current live musical trend. The songs are killer, the production is fantastic, and the cast is incredible – John Legend is good as Jesus, but the fellow popstars (Sarah Bareilles’ incredible Mary, Alice Cooper’s appropriately stuntcast King Herod) and experienced stage vets (Norm Lewis’s commanding Caiaphas, Jin Ha’s sexy as hell Annas, Ben Daniels’ anguished, Bowie-esque Pontius Pilate) are what really bring it all together. As usual, it’s Judas stealing the show, with Hamilton graduate Brandon Victor Dixon giving a truly iconic turn as the character. But, as usual, my favorite song was “This Jesus Must Die.” What can I say, Norm Lewis was meant to sing “Fools, you have no perception!” while sporting silver cornrows and a truly Dope-Ass Jacket. Check it out if you can, it is 100% worth it.

That’s it for this week, folks! We hope you enjoyed. Now stop on down in the comments and let us know what you’re digging, and tell us what you thought of our digs!

There Was An Idea... ANT-MAN, A Tale of Small Dads Previous
Review: ISLE OF DOGS Next