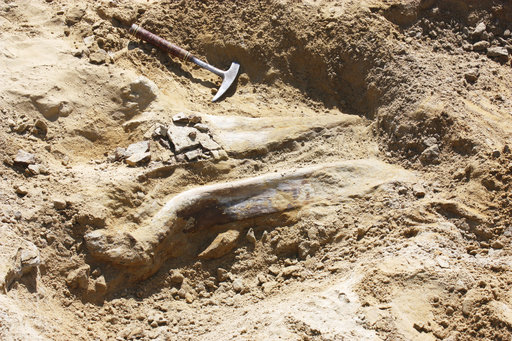 Things We’re Digging is a weekly feature where the LB contributors put forth thoughts on anything they care to think about. It can be anything from movies, books, TV shows, music, or a delicious cup of coffee that’s been sitting out just long another to down in one gulp and say “Damn fine coffee”.

Although I was big into Star Trek: The Next Generation as a lad, I’m not exactly what you’d call a Trekkie these days. I respect it, but I haven’t watched it in years. That hasn’t kept me from enjoying—binging, to be honest—the Inglorious Treksperts podcast. Hosted by the titular duo of TV producer Mark A. Altman (who literally wrote the book on Star Trek) and Daren Dochterman (who worked with the legendary Robert Wise on the 2001 “director’s edition” of Star Trek: The Motion Picture), the show is incredibly entertaining and informative. Covering everything from the Borg to Trek toys to Gene Roddenberry’s completely gonzo novelization of Star Trek: The Motion Picture, you’re likely to get something out of it, even if you can’t tell a Doomsday Machine from a hole in the ground.

I don’t know if my feelings towards this Netflix/WWF/Sir David Attenborough collaboration can be summed up with “I dig it”. Don’t get me wrong, it’s gorgeously shot, has a mesmerizing soundtrack, and Sir Attenborough does a great job narrating it, as expected. The thing is, it’s also a stark reminder of how nature is being affected by human activity. In fact, the behind the scenes feature takes a look at the issues the crew faced during production, like scarce flow of water or the lack of ice in walrus environment (this one is especially tough to watch).

Still, it’s a recommendable experience all around. Animals taking control of Chernobyl and a jaguar wrestling a caiman are certainly sights to behold. It’s always good to have a reminder that Earth is indeed, pretty amazing, and should never be taken for granted.

Spike makes good movies, what can I say?

After years of recommendations I’ve finally managed to finish the first season of Donald Glover’s strange and wonderful show. I’ve heard comparisons between the show and Twin Peaks before, but to me a more appropriate reference point is the work of Daniel Pinkwater, who I’ve cited before. Pinkwater writes his stories in a world too authentic to be completely based in reality: a random, uncaring but occasionally thrilling and hilarious existence, even though the systems of power designed to keep your life hard still remain in this world you don’t completely recognize.

Also, I like how everyone on the show is hustling and jobbing and scrounging and cheating and stealing. I can’t imagine why…

I am currently digging Jose Ferrer’s The Shrike, a movie from 1956 based on the 1952 Pulitzer Prize winner for Drama (which Ferrer also starred in and directed). It is a weird, sad, criminally underseen movie about a really bad marriage, starring June Allyson playing completely against type as the title character, an outwardly sweet and supportive wife who has managed to get her husband (Ferrer) committed to a psychiatric hospital after a failed suicide attempt in the wake of his affair with another woman. It’s only available streaming on YouTube, but it’s totally worth a watch.

Andrew Clark – The Other Two

Created by SNL writers Chris Kelly and Sarah Schneider, The Other Two is about a mostly dysfunctional family whose lives get turned upside down when the youngest child goes viral and gets launched to superstardom. Working simultaneously as a scathing satire of the foibles and absurdities connected to fame and power as well as a kind and loving portrait of an idiot family, this show is an absolute delight.

It features fantastic performances in its two leads (the two much older siblings of the now famous brother) from Drew Tarver and Heléne Yorke, as well as the welcome presence of Ken Marino and quite honestly the best performance I’ve seen from Molly Shannon in years. No joke: she has a tragic monologue about a frozen penis in this show which is so beautifully delivered you have to see it to believe it.

Airing on comedy central and streaming on Hulu, I really can’t recommend this series enough. It’s ten quick episodes, so it’s an easy binge, and it is just oh-so funny. The 9th episode in particular is a brisk paced bottle episode taking place on a plane that has so many incredible bits while still somehow being smart, funny, and sad that I was absolutely blown away. It’s laser sharp writing and direction, along with actors working on exactly the wavelength they need to to pull off.

Here’s the, Uh, STAR WARS: THE RISE OF SKYWALKER Trailer Previous
KILLING EVE Season 2, Episode 1 - "Do You Know How to... Next