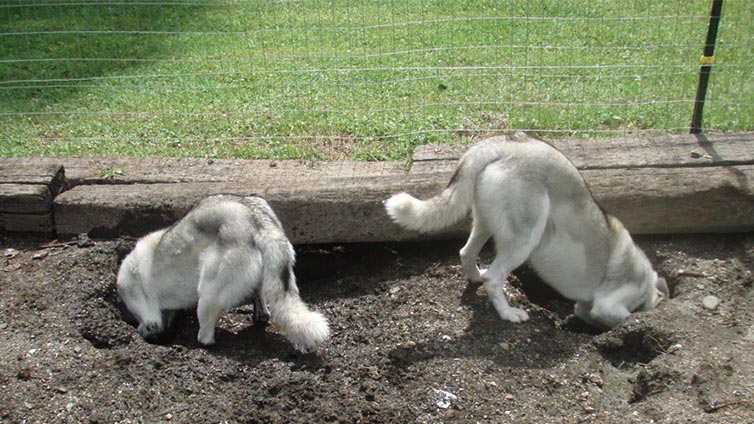 Each week the Lewton Bus gang will get together and write up a brief account of something we’re digging hard on this week. It can be a movie, TV, a delightfully wacky cat who becomes your bosom companion in adventure, music, or anything, really!

This week, I’m digging the trailer for Mission: Impossible – Fallout, even more than I did before. My friend, who’s not familiar with Tom Cruise’s high altitudes, rock climbing, and street running shenanigans, discovered this trailer last Friday at yet another Infinity War screening. This jewel of Imagine Dragons-infused perfection started to play. I told her that she might want to watch this movie and the one before. She started by saying she didn’t care much for the Cruise, but then, Imagine Dragons went full-“PRESSURE” and the Cruise-boy hit Ilsa Faust’s Rebecca Fergusson with his car as she was ready to scope him. AND THEN THAT CRAZY GOOD MOMENT IN THE BATHROOM WHERE CAVILL’s LIKE “MOVE, FOOL” WITH HIS ARMS PUMPED LIKE A GODDAMN FITTING-SHIRT-WEARING TROJAN WARRIOR. She went like “OH DAMN” and I knew she was in.

So when that gorgeous piece of stunt and spy hijinks came playing once again as we were in the theater again this Wednesday, and as we had been listening to Imagine Dragons’s Friction on repeat, we actually sung and played out the best moments of the trailer live for a theater audience that didn’t seem to care for our enthusiasm much. Oh well… CAN’T FIGHT THE PRESSUUURE!!!

These films were very important to me when I was a kid, and a recent rewatch just confirmed how much that I love them…with the exception of Temple of Doom, which I’ve soured on completely over the years. Raiders of the Lost Ark and The Last Crusade are among the best blockbusters of all time, just rollicking fun from start to finish. And I even enjoy the much-maligned Kingdom of the Crystal Skull, which I watched again yesterday for the first time in years and was completely swept away by. I love these flicks (except you, Temple) and I loved revisiting them.

As with many things, I am late to the party with this podcast. It’s the tale of a man who is sucked through a dimensional portal behind a Burger King and deposited in a Tolkein-style fantasy universe. Luckily he has his podcasting equipment with him and he can pick up a slight WiFi signal from the Burger King, so each week he records an episode from the local tavern, the Vermilion Minotaur. Joining him are are a wizard named Usidore1 and a shapeshifter named Chunt who, so far, has taken the form of a badger. Again, I’m early on in this show, so maybe he shakes it up a bit. I’ll just say that Chunt’s method of changing shape is pretty hilarious.

Well, the whole damn thing is hilarious. There are obviously some pre-planned elements, but the three leads and their guests clearly improv most of it, and incorporate their improvisations into Foon (the name of the universe) canon going forward. It’s a lot of fun, and hilarious even for a guy like me who isn’t actually steeped in fantasy tropes. Definitely check it out if you haven’t. And try the spiced potatoes.

Brooklyn Nine-Nine, which Fox cancelled this week because it hates me personally. Brooklyn Nine-Nine is downright delightful and hilarious, full of fully-realized characters whose quirks are celebrated and embraced. The show subverts stereotypes at every turn, and brings more diversity to a television landscape that sorely needs it. Even though Fox hates me, NBC does not and saved it for a sixth season. Thanks, NBC. Now please renew Timeless. NINE NINE!

This week I’m digging the Season Six renewal of Brooklyn Nine-Nine. Thursday evening comedy fans all over screamed in pain at the horrific news that Fox was cancelling the brilliant workplace comedy set in Brooklyn’s 99th police precinct. After five years with the detectives of the Nine-Nine the prospect of not getting another season of hijinks and Halloween heists was too horrible to bear.

The outcry was swift and fierce and thankfully this resulted in no shortage of suitors at other networks willing to pick up the critically acclaimed series for another season. In the end it only took one day for NBC to reach an agreement to air a sixth season of the show, insuring at least one more delightful season of Jake Peralta one-liners, Raymond Holt’s astounding emotional range, Amy Santiago’s wonderful wonderful high-strungedness, and the rest of the wonderful detectives of the Nine-Nine.

If you had told me last Saturday that I would find myself sitting and listening to Harry Styles’ self-titled debut solo album on repeat all week, I probably would have given you a polite chuckle in response, but here we are. Maybe I shouldn’t have doubted you, though. Other fellow One Direction member Zayn Malick proved he had musical chops to spare with his solo debut, Mind of Mine, in 2015. Now I only regret that this album has been out for an entire year before I deigned to notice it.

Post-One Direction, Styles could have coasted on a life of easy pop hits and hummable radio tunes, but to his credit, and expressed by this album, he has no intention of resting on his laurels. As if hungry to prove his musicianship and his abilities as a solo act, Styles and his band use Harry Styles as an ode to British rock and pop. There’s the Beatles-tuned numbers like ‘Sweet Creature’ and ‘Carolina’, the David Bowie-like ‘Kiwi’, and the Elton John-tinged ‘Woman’. Styles pays homage to the great artists before him while also producing work that doesn’t make you pine simply to be listening to those titans of British rock, but finds you enjoying his original work as much as any of their oeuvre.

It’s a triumph of an album, well balanced between thumping rock songs and soft, melancholic, acoustic pieces. I don’t malign One Direction for it’s squeaky-clean pop identity and music (I even liked a lot of their songs!) but after listening to this album and seeing what Styles has to offer on his own and with his band, I can only feel like One Direction was holding Styles back, as much as it probably nurtured his musical potential.

If you’ve ever been on the fence about getting into the sound that the One Direction kids offer, I can’t recommend Harry Styles enough as a gateway.

That’s our digs for the week, folks! Are you happy that Brooklyn 99 is coming back, too? Let us know! And let us know what you’re digging down below! Okay, see you next week. Stay outta trouble, folks.

AVENGERS: INFINITY WAR: Finding Power in Loss and Destruction Previous
WESTWORLD Season 2 – The Riddle of the Sphinx Next