Off The Beaten Path: The Cardigans – Emmerdale

Ryan digs into the debut album of Swedish darlings The Cardigans 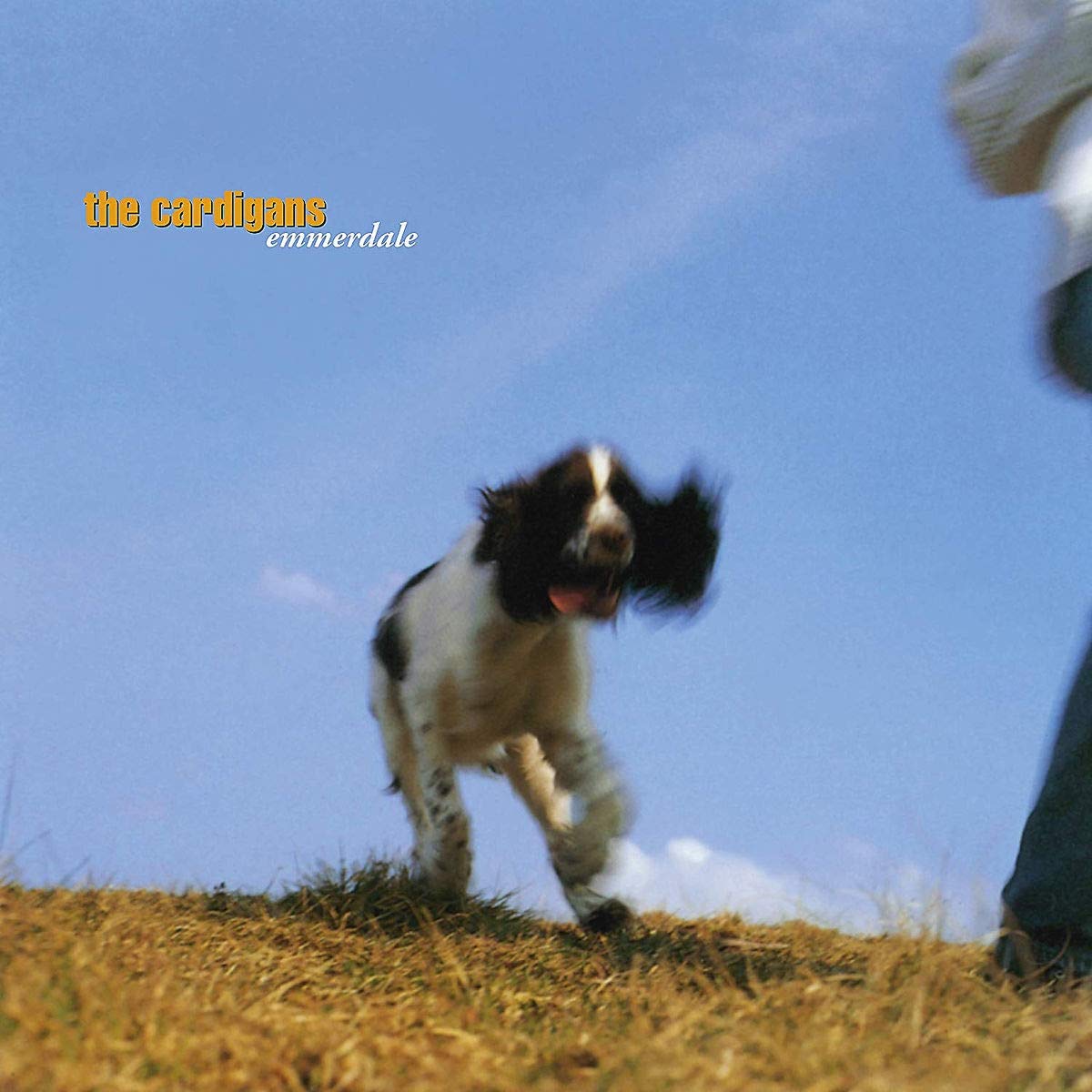 As a part of our new weekly series Off The Beaten Path, I’ve chosen to write about a subject that’s been close to my heart since about 1996. That subject being swedish pop rock group The Cardigans. In a 6-part series, I’ll be diving into the discography of one of the most interesting and overlooked musical groups of the last 30 years, album by album, starting with their debut album 1994’s Emmerdale.

I can already hear the fingernails dragging across your incredulous scalp as you ask, “Wait, the group who did ‘Lovefool’”? That sugary pop song from Baz Luhrmann’s Romeo + Juliet? Those Cardigans? But why?”

Basically, that question is why. For a group that has been around off and on in mostly the same incarnation for almost 30 years, selling millions of albums internationally, has been nominated for dozens of awards, and have 6 albums that span genres from lounge pop to rock to electronic pop to country rock, The Cardigans are mainly known in the United States for one song (the previously mentioned “Lovefool”). It’s a song that is darker in content than its legacy would have you believe, and is also a bit of an outlier not only in their discography as a whole, but on the album on which it appears.

But I’m not here to talk about “Lovefool”. The Cardigans had two successful albums before that song ever wormed itself into American ears, and I’m going to save most of my commentary on it for when we discuss the album First Band On The Moon in a few weeks. I want to dig into their first full-length album, Emmerdale. While Emmerdale was not released in the US until 1999 (and in a mangled form, half-compiled together with tracks from the album Life a couple years before that), it was popular enough in the Cardigans’ home country of Sweden, and in Japan, to achieve Gold status1. It’s also a hell of an opening shot from a group that would constantly push further and further beyond the meager definitions of genre classification.

Emmerdale is probably most easily summed up to the Cardigans neophyte as a pop-rock/lounge record, but (as with all of their work) that descriptor barely scratches the surface of what the band is actually doing. Subverting the peppy up-tempo beats, staccato pop guitars, crisp production and wind/string instruments, with swooping and soaring composition and a surgical application of melancholy, the album as a whole is an encoded mission statement: we are here to poison your heart with love.

On first listen, it’s easy to take all that sweetness at face value. But when you dig deeper into the themes of alienation, jealousy, the banality of betrayal, and bitter loneliness hidden under those Valentine’s chocolates, you start to realize that The Cardigans aren’t wooing you, so much as trying to give you diabetes. The key to really understanding The Cardigans’ music (especially in the first half of their catalog) is to imagine a beautiful and tempting layer of gilded confection that covers a core of deep and vivid rot.

When Nina Persson cooes and croons in a cheeky falsetto about putting the kettle on, or ships in sunny harbors, she lulls you into a vulnerable sense of peaceful surrender, where deceptively chirpy melodies can hide the haunted misery of Svensson (multi-instrumentalist and composer/arranger of this record) and Sveningsson’s (bass and composition) lyrics. Svensson and Sveningsson, originally two metal musicians, apply all the skill of instrumentation and arrangement (and lyrical bents) of that genre to the dreamy, beautiful, lush brainchild that is Emmerdale.

The opening track pairs a driving verse/chorus structure and flute accompaniment with resentful and resigned lyrics about the bitter pride of belonging nowhere, and to no one. This is a chipper little tune about looking at camaraderie with contempt and scornfully denying the fellowship of others.

With no one else to shine for

Sick of all my distress

Symptoms are so deep

Something here’s so wrong

Symptoms are so deep

Here on my own

So spare me if you please

An abrupt pumping of the brakes, right into slinking despair. It may sound coquettishly loungy, but this track is just making the rounds down in the dumps. It’s the kind of tune you could throw on sipping a hot cup of tea on a cold day. Add in a touch of cinnamon and honey for a delightful little hint of autumnal annihilation.

Picking up the tempo again, this is a gorgeously arranged track about the monotony and repetition of self-imposed exile. The rolling and repeating chorus of circular alienation is sort of impossible not to get swept up in. Try not to sway while you pick up the same cup of coffee and turn on the same show, over and over and over again.

Don’t you worry they say

One day I’ll be older

So much colder I say

Stumbling up at one

And put the kettle on

But where’s the coffee gone?

I put the tv on

But where’s the drama gone?

A playful party of an intro that hammers the hell out of a recorder gives way to an achingly beautiful chorus in this reversal to “In The Afternoon”. It’s about seeking the illusory comfort of a ‘someone’ perpetually out of grasp and far away, and how the idea of seeking them inevitably just creates the new and empty experiences with strangers we’ll never allow to be more than that. All the same, this song manages to capture the beauty of striking out in this world alone in a way that feels freshening and liberating.

A beautiful piano ballad about living in the aftermath of a relationship’s dissolution, where all that stays with you are the proclamations of the person you’ve lost.

After all you were perfectly wrong

Though I thought I’d found love

Nothing could be worse

This is, without a doubt, my favorite song on this album. The violin, viola, and cello accompanying our main players in perfect, soaring harmony in a building swell about how we prostrate ourselves to those we love, while we hurt them again and again. The plaintive, weaving chorus offers the entire world to us as it blames us for asking reprieve. This is a stunningly gorgeous song, crying our pardon for existing.

So don’t tell me you want the rain

From a cloudy sky

To wash away the pain

That I’ve you given you again

What satisfies your mind

But I will never know where you are to go

But I want you to know

Do you want a golden ring?

I would buy you anything

A downbeat jazz number that brings the horns and the rhythm section up to craft a minimal soundscape, reflecting the isolation in which lovers create their own unified misery without any assistance from the outside world, thank you very much.

Exploding like a shot from a cannon after Side A has lulled us back down to the depths, “Rise & Shine” picks the tempo all the way up, to either toast our recovery from love’s wounds or bid us goodbye as we just jump into the ocean already. Maybe we’ll pick ourselves up and dust ourselves off, and maybe the apocalypse will teach the world a lesson for us. If you can listen to this song without tapping your foot, I got nothing for you.

Relaxing back into a mid-tempo, jazzy lounge vibe, this track reminds us that unfortunately we are still alive, even though the one we loved is also still alive. Please, God, keep us busy enough that maybe we can forget her face, if even for a moment.

You don’t want joy for a while

But you stay up late at night

It hurts you that she’s still alive

So you’ll raise flowerbeds inside

But she, she won’t get bothered at all

So you should give them just what they need

If this song hadn’t been written by Black Sabbath, It would have still been on this record in this exact spot.

One of the best covers of a Sabbath tune that has ever been, this nearly-bossanova take serves to remind us that the Cardigans are to Sabbath what Johnny Cash was to everyone, when it comes to covers of a famous song.

A song that effortlessly juxtaposes downer-ass (but funky?) bassoon segments with essentially Brit-pop brass bombast like they were made for eachother. The back and forth echoing that feeling where we’ve just about given up on trusting in what we see or know, as it just becomes too exhausting to bear.

How do you really nail home the hopelessness of love and attachment? A hauntingly gorgeous dirge for yourself. All strings and vocals, this is a song so beautifully, and minimally arranged that it’ll send you to the grave wanting to put this record right back on.

No nothing can amaze me

‘Cause everything’s behind me

No nothing else can please me

Since all I had has been set free

And that’s a wrap on Emmerdale, the first album by The Cardigans. Chronicling the dissolution of a relationship with tight, crisp production, this album soars and swings and crashes through the grief and despair that the Emo bands of the early 2000s wailed and gnashed about. But Emmerdale does it with a complexity and cheer that is impossible not to be swept up in. Proving that you don’t need performative angst and po-faced obviousness to crush souls, The Cardigans bring a wry and grinning sense of joy to the feeling of abject sadness, inviting you to open your black and shriveled heart in winking solidarity.

Send in the Clowns: The First Trailer for JOKER Is Here Previous
Review: SHAZAM! Next