Off The Beaten Path: The Cardigans – Life

For Their Second Album, LIFE, Sad-Sackery Is Put On The Back-Burner. These Cardies Came To Party 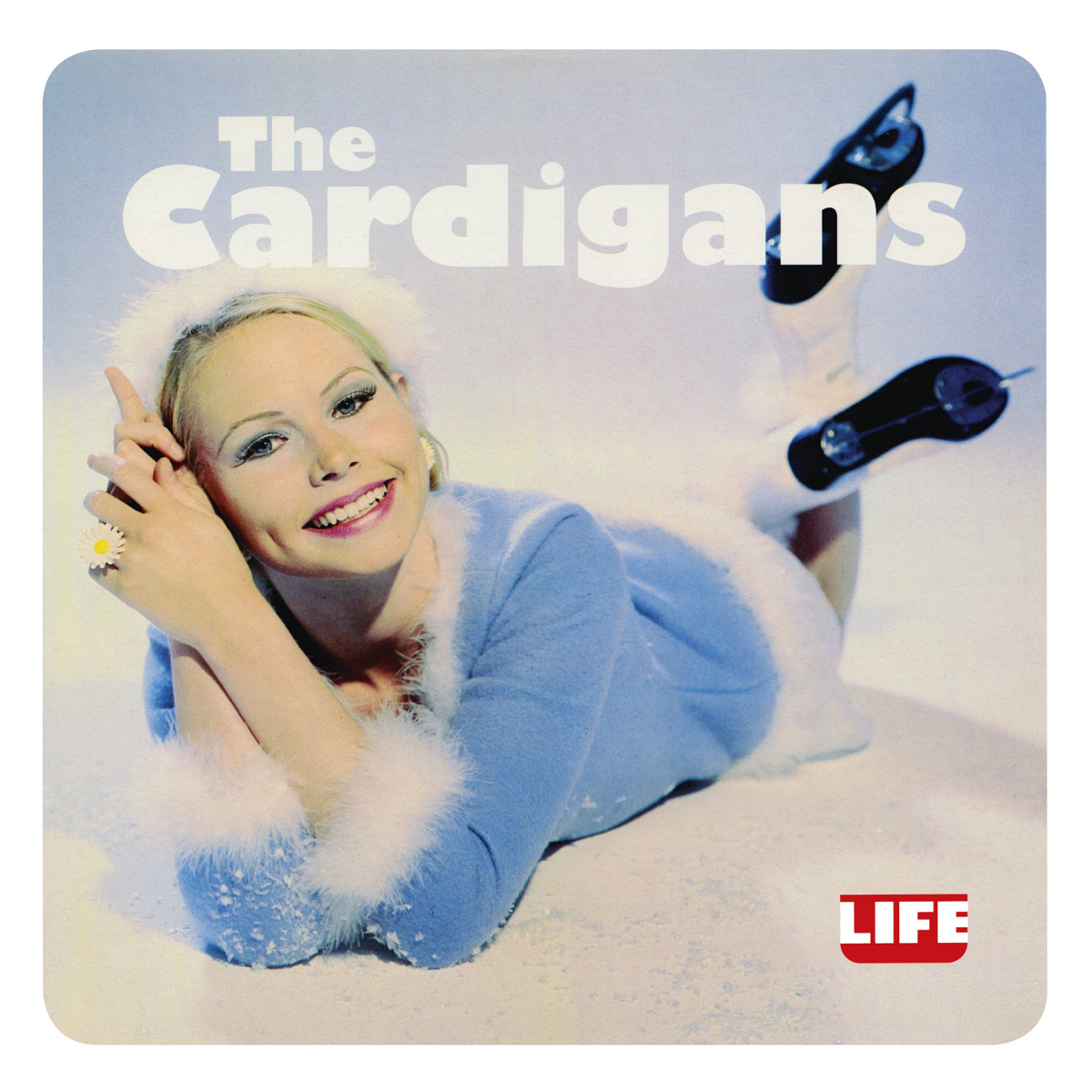 This week for OTBP, I want to talk about The Cardigans’ second record, 1995’s Life. If you read my piece on the band’s previous record Emmerdale, I made mention that Life was their first release in the United States. However, it was compromised. Smushed together with a handful of songs from Emmerdale, shedding some great tracks from both records in the process. Nevertheless Life introduced people world-wide to the sound and the style of these Swedish popmeisters.

For this entry, I’ll mainly be discussing the original Swedish version of Life. Until I recently purchased Life and Emmerdale on vinyl, I was only familiar with the US release of this album, which, owing to its own hybridization, is a vastly different record to the one we’re discussing today. Still, I’d like to talk a little about that version released in the US, since it served as an excellent introduction to the Cardigans’ early work when I was a teenager. Mixing together the darker, more forlorn material of Emmerdale with the brighter, shaggier material on Life actually worked precisely as intended; introducing me to the range of composition the Cardigans employ, and teaching me to dig beneath the sweet and flowery exterior of the production to find the true, black soul of the band.

Now that the songs are properly recontextualized for me within their intended releases, I’m able to properly chart the evolution of the band’s composition, both lyrically and musically. Divorced from those deceptively charming (but ultimately sinister) tracks on Emmerdale, and reunited with lost songs like “Pikebubbles”, “Travelling With Charley”, and “Closing Time”, we see the Cardigans’ technical maturation as a unit. Nina Persson begins her transition to the role she will eventually inhabit (that of The Cardigans’ sole lyricist) on this record, co-writing the bulk of the lyrics with Magnus Sveningsson and the band’s primary composer Peter Svensson, and producer/mixer/engineer for Life, Tore Johansson. Whereas Magnus and Peter created all of the material for Emmerdale, Lars-Olaf Johansson (Keyboards) and Bengt Lagerberg (Drums) take a much more active role in the songwriting on Life, and it really shows.

What’s immediately apparent is that while Emmerdale was a subversively peppy traipse into the bowels of despair and alienation, Life is… well, pretty much a non-stop party. Sure, it has moments where our favorite winking depressives let us in on the loneliness, but by and large, this record is pretty much exactly what you’d expect from the group that made their names one year later with the hit “Lovefool”. Life is sugary-sweet, lays on the flutes and strings, and is playfully arranged and almost goofy at times. Replacing pitch-black tales of solipsistic annihilation with cheeky lounge-swing songs about cute garden party romance, carnival interludes, and jazzy numbers about absent-minded detectives, Life is every inch the confection that Emmerdale advertised. It’s also the first record where we discover that the group can let their perfectly coiffed hair down and rock out from time to time.

It’s immediately clear from the jump that group is taking a looser approach, as Lars-Olaf Johansson’s keyboard organ warms up over the sound of Nina Persson clearing her throat. From there, it’s off to the races with one of the most infectious pop songs of the 90s. Their first international hit, “Carnival” is an absolute earworm that will stick with you for days. It’s also the first song to showcase how much more prominent Bengt Lagerberg’s drums and Lars-Olaf’s keyboards are in the mix. If you can listen to this song in its entirety without nodding your head, you need to see a doctor immediately.1

Dropping the tempo down into a swingy little piano-jazz tune, “Gordon’s Gardenparty” ends up kind of setting the tone for the rest of the record. Complete with walking basslines and a snapped-out beat, this cutesy ode to the cocktail party has no time for despair. This track would be right at home in a scene from some imaginary party movie in the swingin’ 60s.

Picking up the tempo (but not too much), this lightly rocking ode to the adventures of wasted youth shows the direction The Cardigans would continue to lean in their next record, First Band On The Moon. Mixing a hint of psychedelic abandon in with sweetly harmonized chorus and wandering delayed riffs, “Daddy’s Car” is one of my favorite tracks the band ever produced. It perfectly encapsulates their blend of tight composition and wry musical humor, painting a picture of youthful wanderlust that you just know ended with bomber joints and hangovers in some Dutch hostel.

A delightful foray into absolute nonsense. It’d be easy to write this song off as a goof if it didn’t also have such a playfully intriguing mix of major and minor chords between the flutes and keyboards. But also, yes, it’s an absolute goof.

Feeling like a B-Side from some unreleased Supremes record, “Tomorrow” is a funky little Rock/R&B number that amps up the horns with a driving beat, xylophone moodily tinkling out the verse. “Tomorrow” ably bridges the gap between Emmerdale’s focused emotional content and the more aggressive attention to arrangement and composition the Cardigans had developed at this point in time.

A beautiful dream-pop ballad closes out the first half of Life. Nicely juxtaposed with the upbeat, lonely charm of the song preceding it, “Beautiful One” is a sweet and soulful paean to waking up next to one you love dearly, appreciating the beauty of them in the dawn’s falling rays of light.

Kicking things back into second gear is this jazz number in the vein of Mancini’s “The Pink Panther Theme”. The song washes back and forth between slinking cymbals and piano into full-blown expressions of strings and horns. Even if it’s little more than a lyrical lark, “Travelling With Charley” serves as a perfect showcase for how far the Cardigans have come in just one year, as far as composition and arrangement.

An example of The Cardigans at the top of the Pop-Rock game, “Fine” is an adorably driving banger that won’t let up. Leaning into Svensson’s divebombing guitar and Sveningsson’s fantastic power-walk bassline, “Fine” builds to a breakdown that puts the spotlight firmly on Bengt Lagerberg’s expert control and release on the drums. With an attention to composition that calls to mind The Beatles at their best, this is one of the first songs that made me realize that I loved this band.

Pulling us back into the circus/carnival theme, and reminding us that The Cardigans are first and foremost subverters of joy, this track pulls us out of our slightly inebriated revels just long enough to turn the screws before barreling right back into uptempo abandon. Leave it to The Cardigans to call to mind Pagliacci in the middle of their most light-hearted record.

Perhaps feeling their oats now they’ve sobered up a little, The Cardigans get right back to business with a defiant break-up anthem. While the Swedish version of this record does not contain any Sabbath covers, this is the song that feels most beholden to those masters of Metal. Swinging deftly between a peppy, recorder-driven chorus, and a trippier minor-chord laden verse, the song sprinkles just a dash of that cheery misery we’ve come to love the group for.

Quietly playing us out of the bar before exploding into a big, hairy drinking song, “Closing Time” pulls together all of the threads begun in even the silliest songs of the album preceding it by asserting that you’d better have some fun, because life is very short. After a quick circus-style PSA updating us that Gordon’s Gardenparty erupted into chaos and detective Charley successfully solved a brutal murder, the band blasts full-bore back into a rocking jam, taking their own advice.

And that’s Life. The second album and first real international release by The Cardigans shows a massive leap in stylistic sophistication and musicality, delivered by a group that is much more cohesive as a unit than even one year prior. While the subject matter is much lighter on this record than on their debut, Life paints a clear picture of the sheer chops The Cardigans will bring and continue to evolve on their next release one year later. Darkness creeps back in around the corners on 1996’s First Band On The Moon, the record that will catapult the group to international stardom.

The Second HOBBS AND SHAW Trailer is All About Family... Previous
Things We're Digging This Week - Week of 4/15/19 Next