CHOPPING MALL is Getting a Remake… Sort of

What could possibly go wrong? 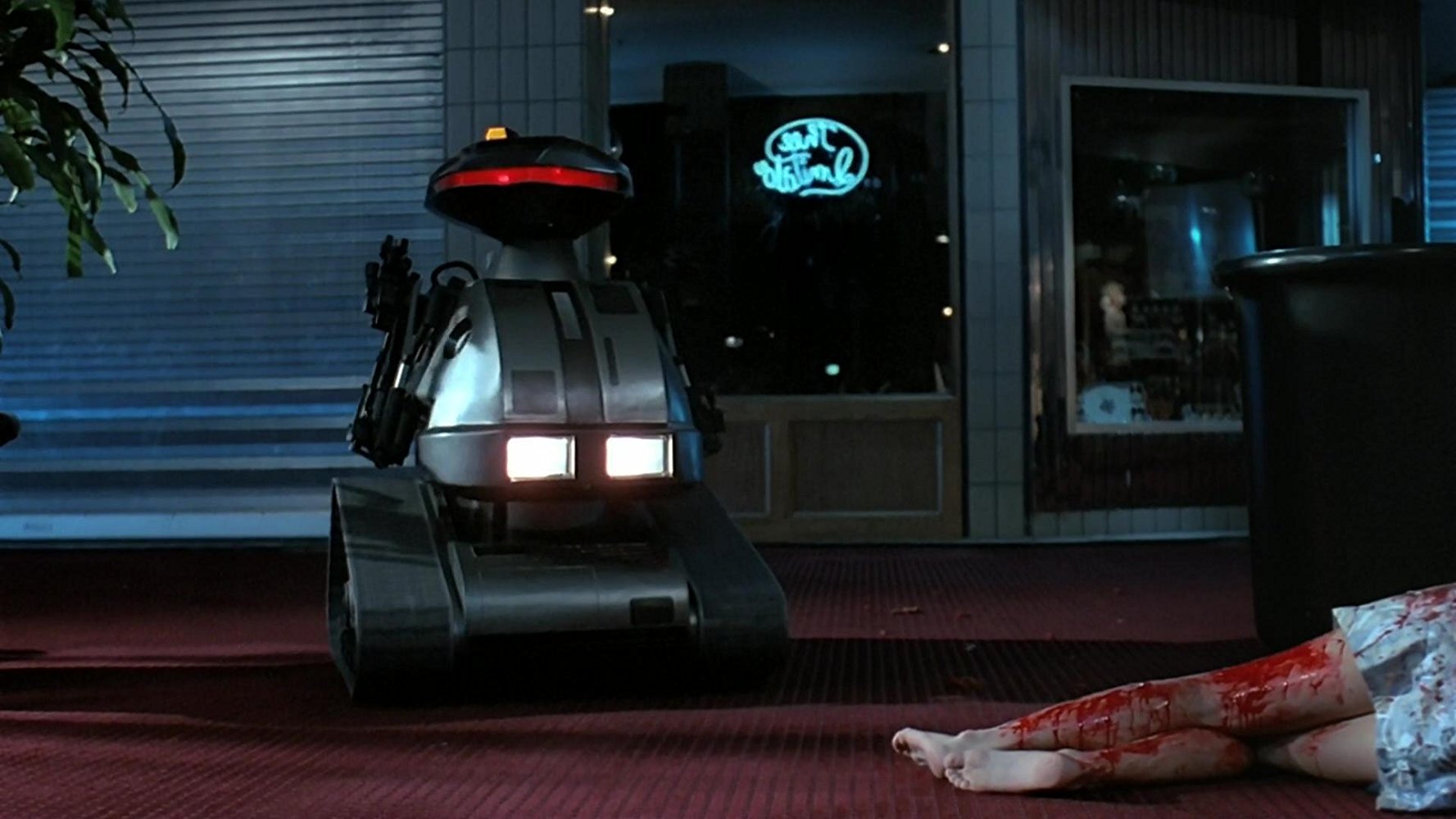 It appears someone wants to give the 1986 science fiction horror film Chopping Mall the old remake treatment, and it sounds like a spectacularly awful idea. The Roger Corman-produced original film is best known as one of the most violent killer robot movies not directed by Michael Bay, as evidenced by its famous laser-blast head explosion.1

I’ve always felt that a proper remake or sequel shouldn’t just ape what came before. It needs to be its own thing and bring new elements to the table. Otherwise, why bother? Well, it seems director Robert Hall (Laid to Rest) has taken that idea to heart, and is eliminating robots entirely. Wait, what?

Yep, he’s taken the sole defining characteristic of the original other than the mall setting and thrown it out the window. In favor of what? Let’s let the man speak for himself:

“My version of CHOPPING MALL that I wrote is totally supernatural,” Hall told the show. “It’s more The Fog set in an abandoned mall than it is robots. Instead of killer robots, they are these mannequins that are possessed by the souls of dead slaves that worked at the plantation that the mall was built over.”

“Sorry guys… purists,” he added. “I have a different take. Which [Roger Corman] really, really liked. Do need to get that underway.”

Holy crap. Well, I guess that’s one (incredibly wrong-headed) way to go. But why? I think there are two things at play here. The first is the most obvious, and that’s budget. It’s a lot easier for a low budget production to make up actors to look like mannequins than it is deliver murderous robots that aren’t laughable to modern audiences. The other possible reason? I cringe at the thought process behind this, but I suspect Mr. Hall looked at the critical and commercial success of Get Out and decided he wanted to make a race-themed genre film too!

That’s the worst possible lesson to take from Get Out, but I could see a skilled and thoughtful filmmaker (Like, say… Jordan Peele!) doing something interesting with the premise. I have seen neither Laid to Rest nor its hilariously-named sequel ChromeSkull: Laid to Rest 2, but it seems they were fairly well received by the genre press as competent slasher films. I just can’t imagine a white dude who directs “competent slasher films” making a horror movie where the monsters are the ghosts of the victims of one of the greatest atrocities ever perpetrated by the United States. At least not without it being a thematic and moral train wreck.

I hate to judge a book by its cover, but would you trust THIS guy to navigate this particular minefield. No, really. That’s actually Robert Hall.

But, hey I always try to keep an open mind about movies, or at least go into them hoping for the best. Maybe pigs will fly and Robert Hall2 will reveal himself to be an exciting and nuanced filmmaker, capable of great thematic depth. Right? That’s totally a thing that could happen. Right? Guys? If he actually manages to make it, which isn’t a given as he appears to be unsure if he still has the rights, which is weird.

Oh well. The true tragedy here is that this means we’re missing out on a new MurderBot movie, which is a really underserved sub-genre. What’s your favorite example? I think mine is Stephen Norrington’s Death Machine, only partially because it features an incredibly young Rachel Weisz for half a scene. I’ll just think about that instead of this… whatever this is.

CHOPPING MALL is Getting a Remake… Sort of

What could possibly go wrong?