Judge Dredd Is Heading to TV

Set your Lawgiver to Stoked 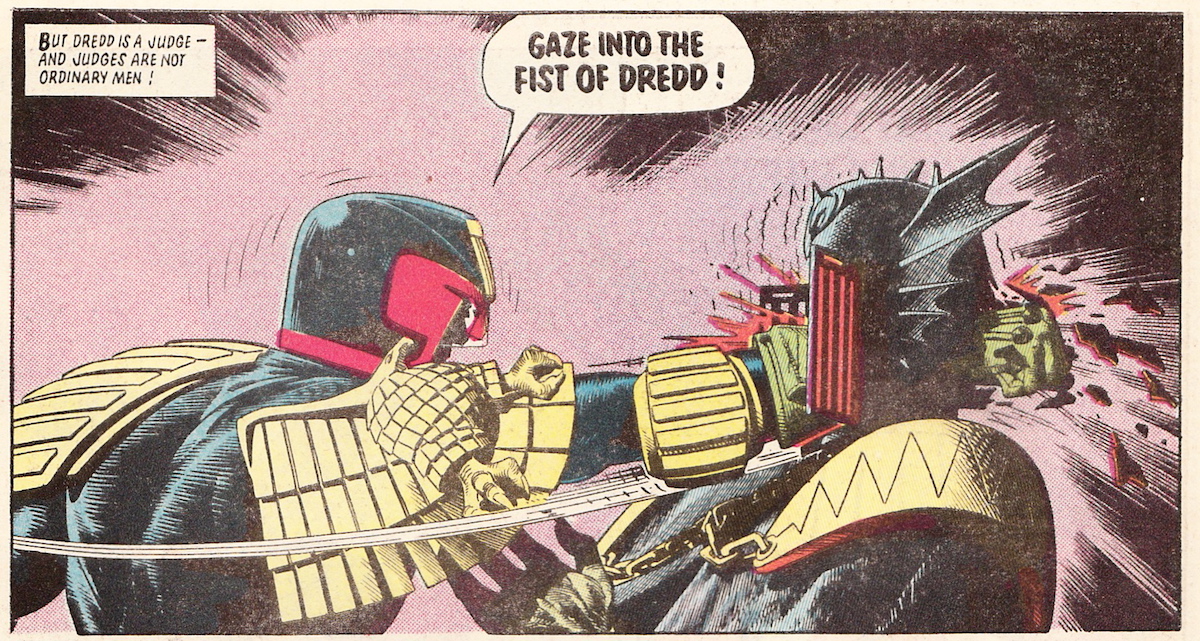 Today, IM Global and Rebellion announced they are embarking on a new partnership to bring everyone’s favorite fascist to the small screen in Judge Dredd: Mega-City One. While no network has been announced, the owners of Rebellion (who own 2000AD) stated that, due in no small part to continued pressure of fans online, the show will move forward. The intent of the show is to create a “big budget production that will satisfy both our vast comics audience and the even greater general screen-watching public.”

Readers of this site will be aware that we are big fans of Dredd’s most recent screen outing, Dredd (Check out the podcast we recently hosted with 2000AD writer Arthur Wyatt), as well as the decades worth of comics stories featuring the titular character.

Speaking as probably the foremost judicial junkie at Lewton Bus, this news has me spinning with excitement. The title itself gives us some clue as to the intent of the producers, leading me to believe we’ll be getting a broader look at the ways the Judges function within the city at large. Perhaps this will take the form of a procedural against the backdrop of the crime-ridden city of the future. Or perhaps the Judges themselves will operate as a framing device to present us with a more ‘day in the life’ representation of how the citizenry live under the boot of an authoritarian government police force functioning as judge, jury, and executioner. The team at Rebellion have stated that while they plan to retain the grittiness of the 2012 film, they hope to introduce some of the crazier elements of Mega-City life from the comics, focused around a varied ensemble cast. Given that the poster stipulates MC1’s population to be around 400 million, we might be able to assume this story takes place after such comics epics as The Apocalypse War, but time will tell if we can expect to see stories from across the history of Dredd represented here. For my money, I’d be ecstatic to see a screen adaptation of stories such as The Cursed Earth, Day of Chaos, The Judge Child Quest, and perhaps even the aforementioned Apocalypse War.

The Rebellion team are still in the early phases of putting the show together, but it sounds as if they’re off to a strong start, conceptually. I know that the Lewton Bus crew will be waiting with bated breath as new announcements are made. Take a look at the official announcement video from Rebellion below, then chime in to give us your thoughts in the comments!