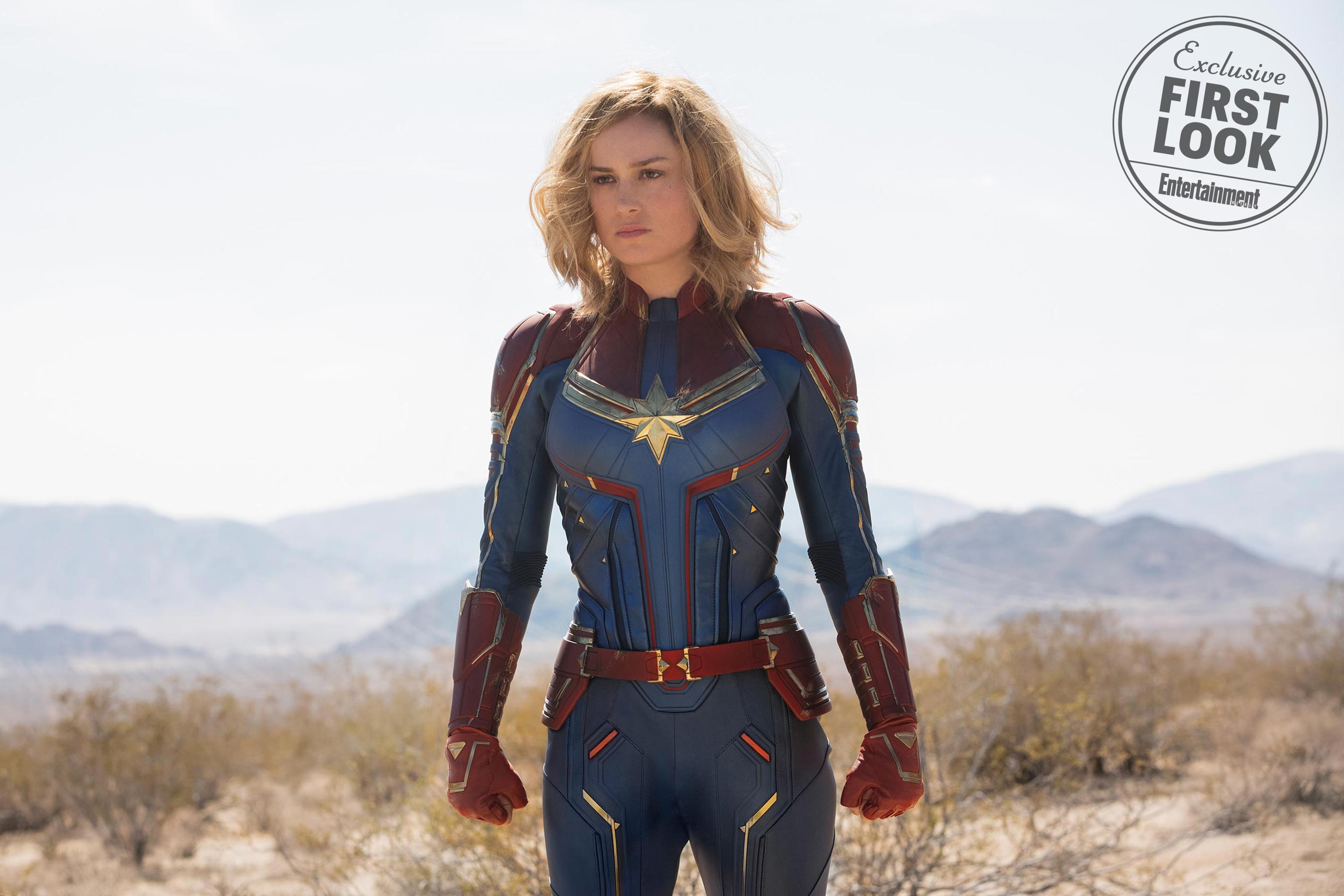 We’re finally getting some images from Captain Marvel, which I’m still excited about even though Disney’s recent decision to bow to right wing extremism and internet pitchforks does leave a sour taste in my mouth. These images, courtesy of EW’s new Captain Marvel cover story, show Brie Larsen in costume as Carol Danvers, in a jet, in casual wear, and leading a band of aliens. How cool is that?

As a Captain Marvel superfan (yes, I do have the special edition Captain Marvel shoes) these images are both reassuring and exciting. You see, Carol used to have a costume that was basically a miniskirt, and comics artist Jamie McKelvie gave her pants and a full body suit for Kelly Sue DeConnick’s iconic run of the character. It was such a radical move that when the Captain Marvel movie was announced, my heart seized up a little at the idea that she may lose her title and be given a far inferior and sexist costume. I clearly didn’t have to worry, judging from the image above; Marvel has said that the full suit with pants had always been the costume of choice and here’s to putting money where your mouth is.

Now, without further delay, here are three of my favorites.

Ben Mendelsohn, shown on the left, plays Talos, a member of the Skrull race. I heard a rumor that since Rogue One, he has to get a dope ass coat in every single movie.

Nick Fury (Samuel L. Jackson) is 30 years younger in Captain Marvel, but it doesn’t mean he’s any less of a badass.

The full gallery of 10 images is on EW’s website.

The Second HALLOWEEN Trailer Has Arrived. Will Kill You... Previous
Dad Media Month (Counter-Programming): Why Do We Keep... Next